For pregnant women, pandemic made hunt for drug rehab harder 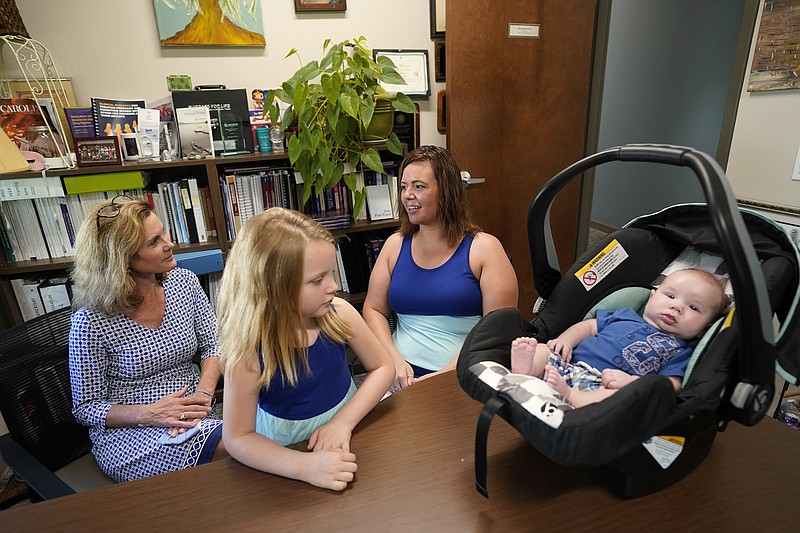 Megan Sims, second from right, along with daughter Aaliyah and son Christian, talks with Hendrée Jones, executive director of Horizons in Carrboro, N.C., Tuesday, July 13, 2021. Sims couldn't stop using drugs during the pandemic, even as she discovered she was pregnant. Through word of mouth, Sims discovered Horizons, a substance use disorder treatment program at the University of North Carolina's School of Medicine that is designed specifically for pregnant women and mothers. (AP Photo/Gerry Broome)

After using drugs on and off for years, Megan Sims wanted to get clean again. But she couldn't bring herself to stop during the coronavirus pandemic, even when she discovered she was going to have a baby. She had been to rehab before but couldn't fathom how to do it while pregnant.

Sims, a 28-year-old from North Carolina, was forced to confront her heroin addiction like never before when her drug use was reported to child protective services last summer.

"None of my relapses had had a consequence until this last one," she said.

Social workers urged her to go to rehab, but none of the services were adequate because most substance abuse programs consider pregnancy to be high risk. Through word of mouth, Sims found UNC Horizons, a substance use disorder treatment program at the University of North Carolina's School of Medicine designed for pregnant women and mothers.

"I needed somewhere to go that would accept me and be able to take care of me being pregnant," Sims said. "Horizons saved my life."

Experts say programs like Horizons, which allow children to stay with their mothers during substance abuse and mental health treatment, are the kind of full-spectrum rehab needed to reduce the number of babies born to mothers who, like other Americans, are increasingly struggling with drug use.

With the rise of the opioid epidemic, there has been a growing movement among health care professionals and state social workers to help mothers get sober rather than punish their drug use by taking away their babies, which can have lifelong effects. But such programs are a rarity in the world of rehab, and experts fear that even more limitations during the pandemic will stifle what little progress has been made.

The Associated Press sought the number of babies who were exposed to drugs in all 50 states between 2018 and 2020 to assess the pandemic's toll on families and found that most child welfare agencies are only beginning to grasp the problem of drug use among pregnant women.

Several states have made policy changes in the last three years to help instead of penalize those women, but 31 states couldn't or wouldn't provide data showing whether more babies were being born exposed to drugs during the pandemic. That's despite a federal mandate to report those numbers, showing how far there is to go.

Hendrée Jones, Horizon's executive director, said she's seen a rise in the number of deaths and relapses among women who were stable in their recovery before the pandemic, an anecdotal trend in line with other populations struggling with drug abuse during the upheaval to American life over the past year and a half.

At the same time, Horizons was forced to cut its capacity because of social distancing. It has always had long waits for its 40 beds, but since the pandemic, the center is down eight spots because it can't have roommates share its apartments. Jones worries about the women the program hasn't been able to serve.

"The severity of substance use has increased markedly since the pandemic," Jones said of her client base. "That's really scary."

That comes amid a fourfold increase in opioid use disorders among pregnant women in the past two decades, according to the National Center on Substance Abuse and Child Welfare.

The federal government responded by requiring states in 2016 to track and address drug-exposed infants and by allowing states in 2018 to repurpose some foster care money to help families stay together. Much of that work, however, has been disrupted by the pandemic.

"The federal changes haven't really translated to local action," said Dr. Stephen Patrick, director of the Vanderbilt Center for Child Health Policy who is a top national expert on drug-exposed babies. "States are kind of confused on what's supposed to be done and missing the broader picture."

Child welfare agencies are still learning to navigate the new policy implications. In about half the country, drug use during pregnancy is considered child abuse and doctors are required to report suspected cases, according to the Guttmacher Institute, a research organization that supports reproductive rights and tracks state laws on substance use during pregnancy.

More states are shifting away from removing babies, in an acknowledgement that the punitive era of the 1980s "crack baby" scare proved to be overblown and racially divisive.

The effort to support moms wanting to get sober is rooted in decades of research showing the lifelong consequences of removing a baby -- especially if they show no signs of being affected by the mother's drug use -- and negative outcomes for children stuck in the overburdened and expensive foster care system.

"Punishment doesn't make anybody a better mother or make them want to use less," Jones said. "If anything, it exacerbates it. When children are removed from mothers, it's a risk for relapse."

For pregnant women facing this reality, the disconnect begins with trying to find help.

Findtreatment.gov, the online directory run by the U.S. Department of Health and Human Services, doesn't include a search function for pregnancy or even gender.

And while 19 states have or fund drug treatment programs for pregnant women, only 10 states protect them from discrimination in publicly funded rehab programs that may not want to take on the risk of treating them, the Guttmacher Institute said.

Sims, who went to rehab at Horizons and gave birth to a healthy son in April during treatment, said the program was exactly what she needed. She called it a safe, judgment-free place to get sober while allowing her to be with her greatest motivation -- her child.

"Once I had the baby, I felt I had purpose again," Sims said.

Fassett is a corps member for the Associated Press/Report for America Statehouse News Initiative. Report for America is a nonprofit national service program that places journalists in local newsrooms to report on undercovered issues. 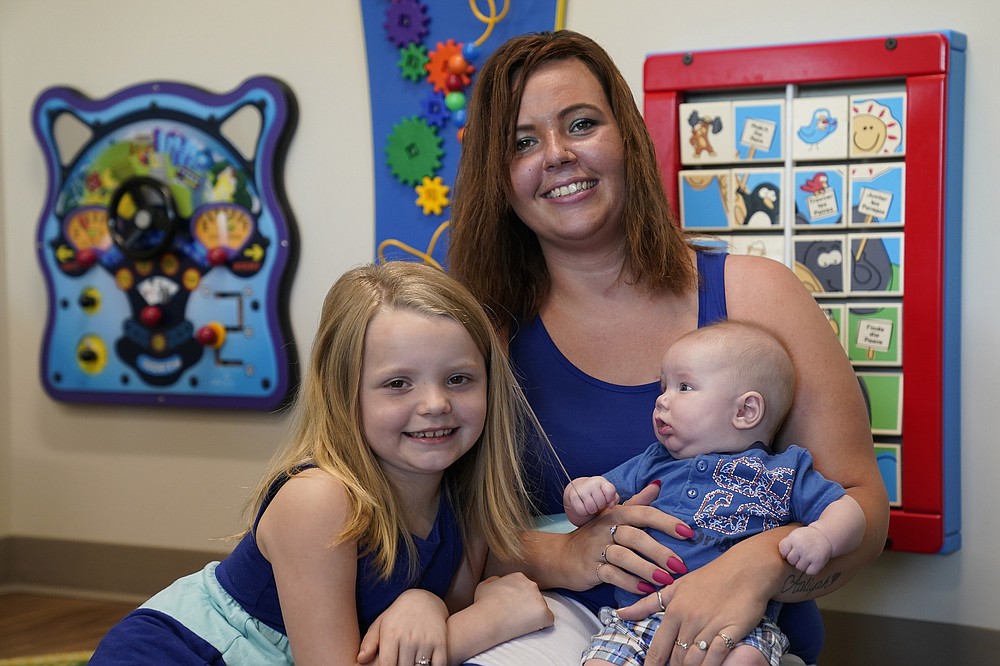 Megan Sims is shown with her children, 3 month-old Christian and Aaliyah, 7, in Carrboro, N.C., Tuesday, July 13, 2021. Sims couldn't stop using drugs during the pandemic, even as she discovered she was pregnant. Through word of mouth, Sims discovered Horizons, a substance use disorder treatment program at the University of North Carolina's School of Medicine that is designed specifically for pregnant women and mothers. "Horizons saved my life." Sims said. (AP Photo/Gerry Broome) 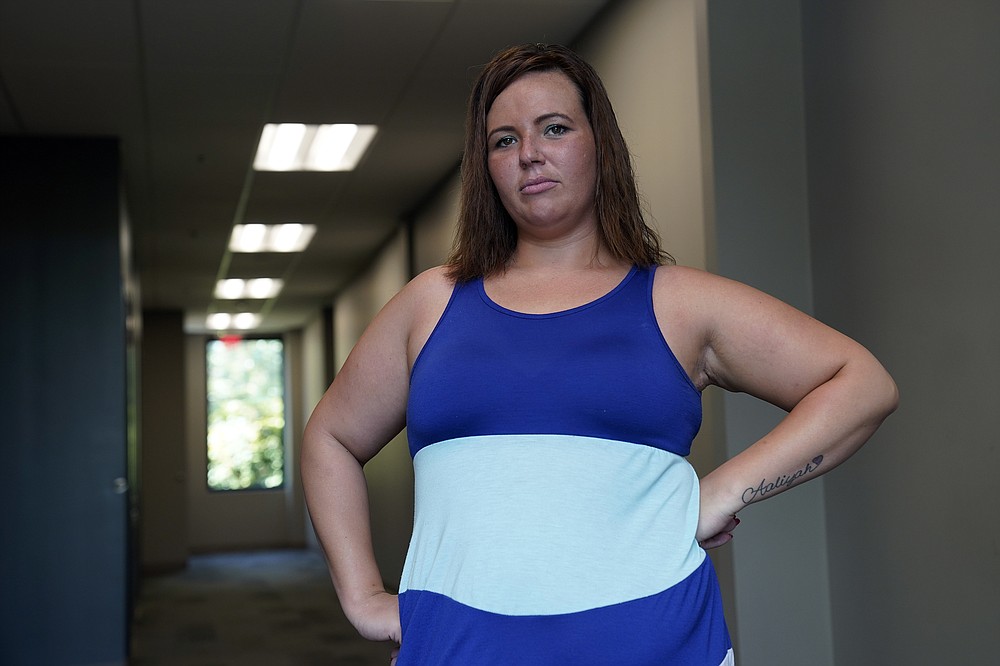 Megan Sims is seen at Horizons in Carrboro, N.C., Tuesday, July 13, 2021. Sims couldn't stop using drugs during the pandemic, even as she discovered she was pregnant. Through word of mouth, Sims discovered Horizons, a substance use disorder treatment program at the University of North Carolina's School of Medicine that is designed specifically for pregnant women and mothers. "Horizons saved my life." Sims said. (AP Photo/Gerry Broome) 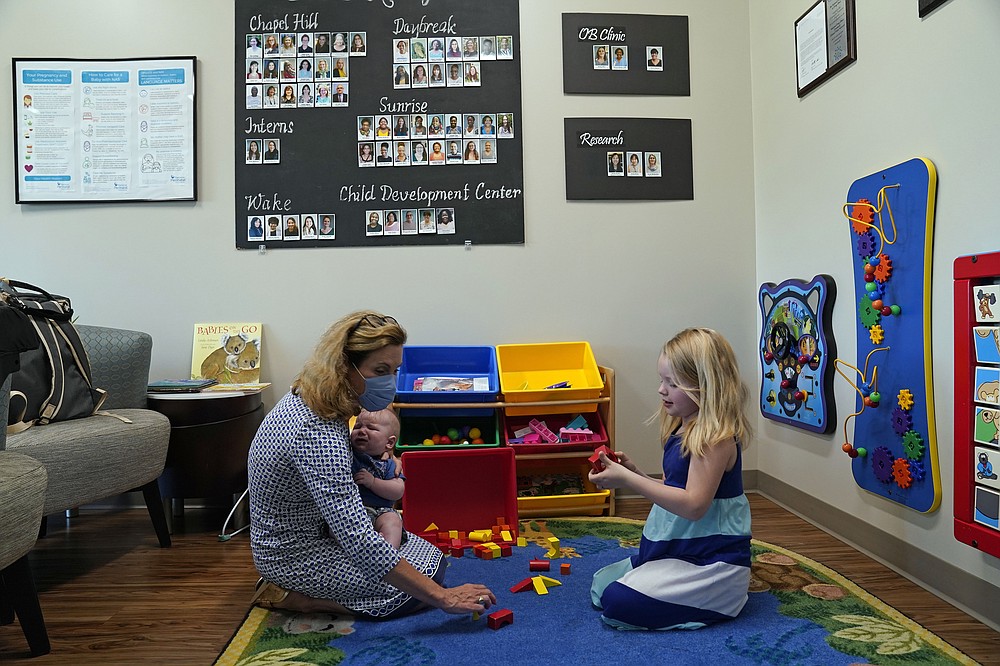 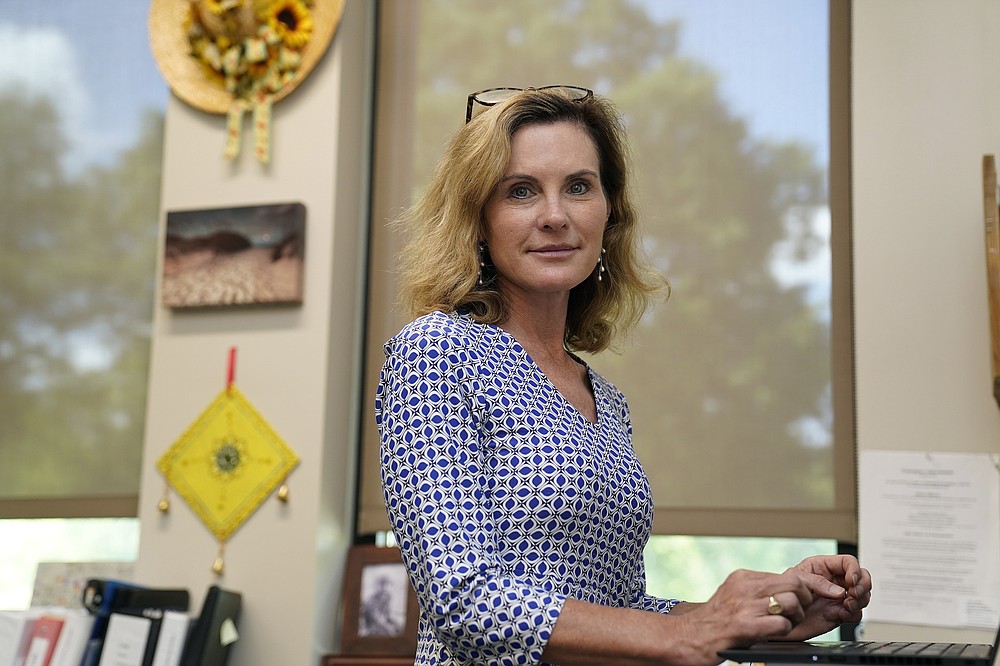 Hendrée Jones, executive director of Horizons is seen in her office in Carrboro, N.C., Tuesday, July 13, 2021. Horizons, a substance use disorder treatment program at the University of North Carolina's School of Medicine is designed specifically for pregnant women and mothers. (AP Photo/Gerry Broome)