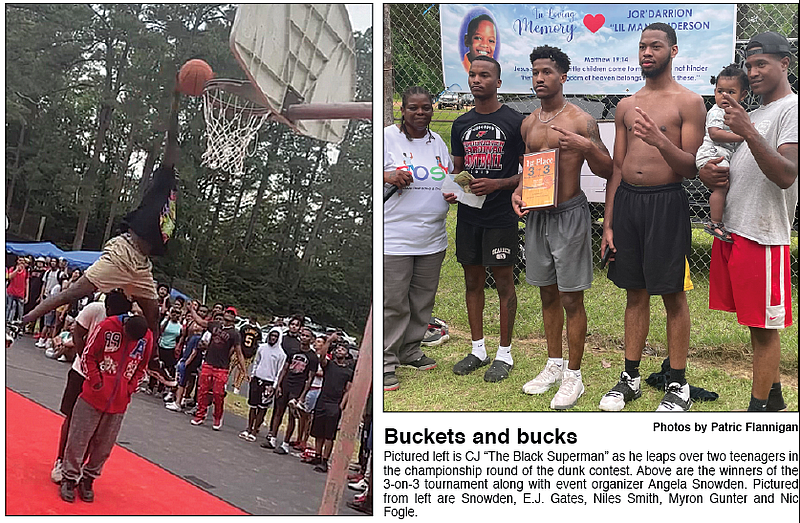 An event designed to promote mentorship, unity and peaceful competition was held without a hitch on memorial day.

The Saving Our Sons and Daughters initiative organized a 3 on 3 basketball tournament and dunk contest at Carnes Park. Spirtex LLC sponsored food and covered the team sign up fees for the tournament.

Ouachita County NAACP Chapter President and organizer Angela Snowden shared that the purpose of the tournament is to show children how they can have a safe, good and fun time without getting in any trouble or getting hurt. Another reason was to help bridge the gap between the community and law enforcement.

May 31 is Snowden’s late son Jor’Darrion “Lil Man” Anderson’s birthday. She shared that he would’ve been 23 years old this year and that he has been the motivating force behind her will to want to help youth.

Between Camden, El Dorado and Magnolia, more than 10 teenagers lost their lives in various ways since the pandemic began. This led to Camden Mayor Julian Lott, El Dorado Mayor Veronica Smith-Creer and Magnolia Mayor Parnell Vann offering their support to the SOSD. Lott and Smith-Creer were in attendance. The Camden Fire Department and Camden Police Department were also on hand to interact with the community and CPD Capt. John Voss and Camden Public Works Director Kevin Franklin served as officials for the game. The winners of the tournament received $150 and the winner of the dunk contest received $300 after Lott and Franklin added $100 each.