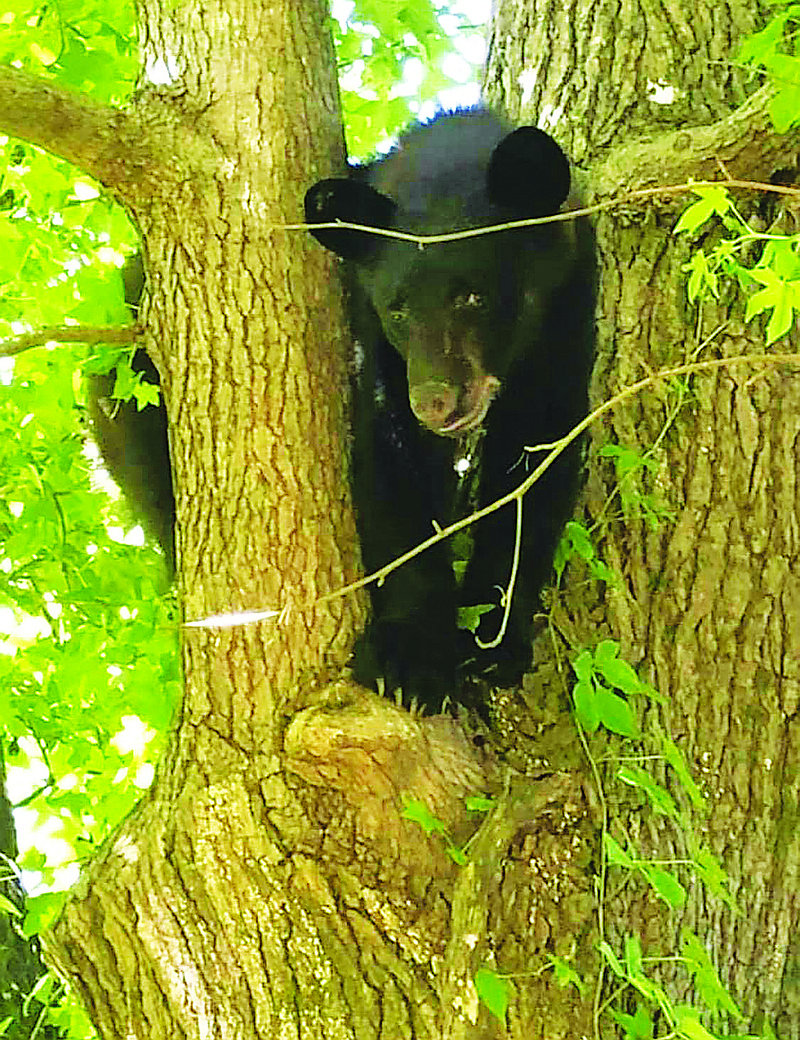 Photo courtesy of Charlotte Renix A black bear is seen in a tree on Olive Street. The bear was later captured by The Arkansas Game and Fish Commission.

While the appearance of a black bear on Olive Street caused quite a bit of excitement in Camden on Thursday, Arkansas Game and Fish Officials say it is a normal occurrence and the bear has been relocated to another area.

The juvenile male bear was tranquilized and released later that day, according to AGFC.

Mark Hooks, Regional Supervisor of Region 3, said, “The bear they caught (Thursday) was a juvenile male… Not really uncommon for bears to be in Ouachita County and not near the City of Camden with the Ouachita River running through there. That’s a travel quarter for wildlife in general and bears will utilize those quarters.”

Hooks said the reason the bear was there was that “juvenile males are often like teenage boys that have been kicked out of the house.”

“It’s part of how Mother Nature works,” Myron Means, AGFC large carnivore program coordinator, said. “When it’s time for a female bear to start working on a new litter of cubs, she will allow her daughters to stay in part of her territory, but she chases the young males away. It helps prevent inbreeding and promotes the expansion of the species. But it also means those young males will be on the move, looking for a new place to call home.”

An article from the AGFC states, “That search can sometimes land bears in people’s backyards, where they find an easy meal and become a nuisance. According to Means, 90 percent of the calls received by the AGFC about nuisance bears stem from the bears finding food in the form of unsecured trash cans, loose pet food and bird feeders. The problem can be solved quickly with the removal or securing of those attractants.”

Hooks said that often, bears stay away from urban areas, but the bear on Olive Street had been treed by a dog. Due to the proximity to the highway, AGFC decided to move him to another location.