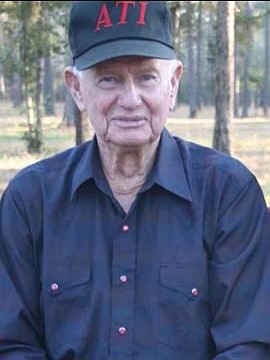 CAMDEN  KENNETH N. BUZBEEKenneth Neal Buzbee, age 93, of Hampton passed away Thursday, March 4, 2021 at his home with his family at his side. He was born February 13, 1928 in Tinsman, Arkansas. He was an Army World War II veteran and a member of Camp Ground Cumberland Presbyterian Church for many years. Neal worked for Anthony Timberland Lands in Bearden for 60 years and he also worked on his family farm.

He was preceded in death by his parents John Carl Buzbee and Nettie Tomlinson Buzbee; one brother J.T. Buzbee; and one sister Juanita Sholmire.