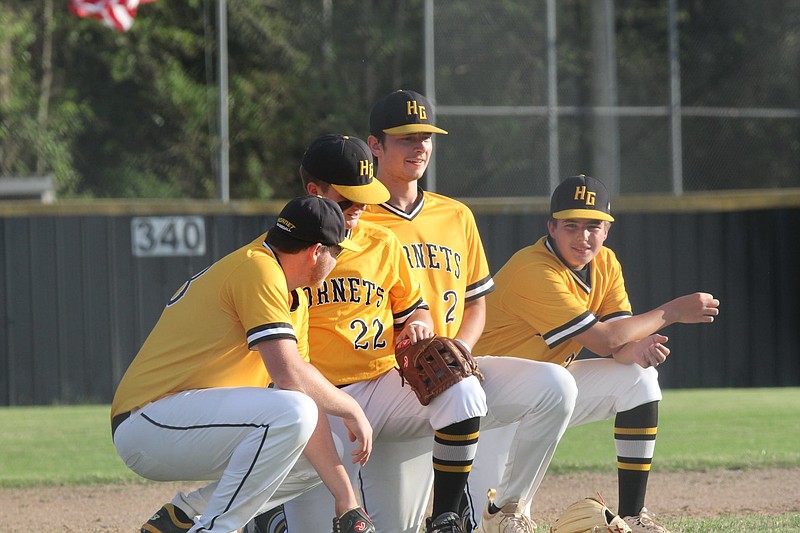 The Harmony Grove Hornets defeated Fouke in the third place game of the Region 4 3A Tournament on Saturday in Ashdown, 15-12.

The Hornets were led by Launius who finished the game with a total of 8 RBI’s on three hits.

Launius hit a grand slam in the second and a home run in the sixth. He also hit a double in the fourth inning.

HG did the bulk of their damage in the second inning when they strung together seven runs but Fouke would make the game interesting by scoring six runs of its own in the seventh inning.

Lane Davis earned the win for the Hornets after pitching two and 2/3 innings and not giving up a hit.

Andrew Taylor got the start on the mound for the HG Hornets.

HG finished with 13 total hits with Davis, Gabe Johnson, and Grant Bearden each having multiple.

The Hornets will travel back to Ashdown to play Walnut Ridge at 12:30 p.m. on Thursday in the first round of the 3A State Baseball Playoffs.