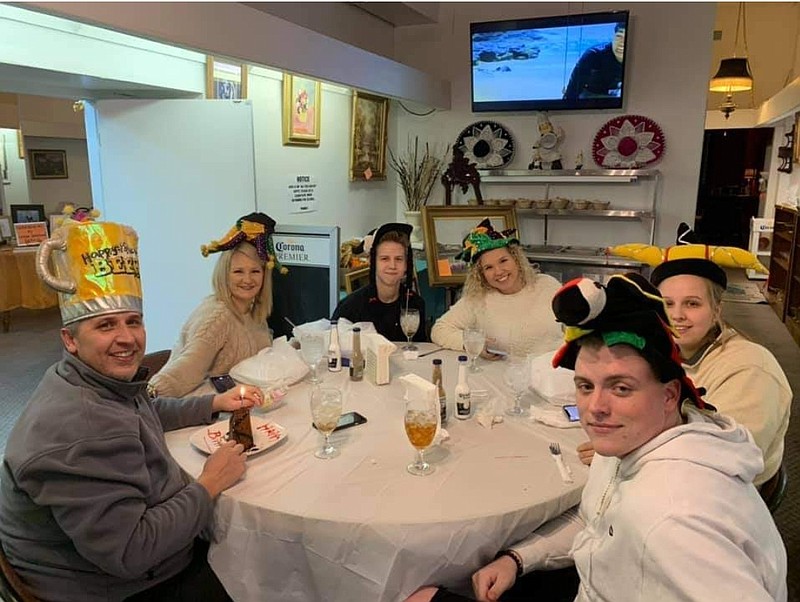 Miguel Mendoza moved to Camden over 20 years ago to be with his future husband, Allen Dawson. When he flew into Little Rock airport it was raining, a far cry from his native Acapulco. However, that rainy day soon turned to sunshine when he and Dawson opened up a restaurant that has become a beloved institution in Camden.

When he and Dawson were thinking of opening a business, a restaurant seemed like a natural fit for the personable Mendoza.

“We started thinking what we could do with me here to keep me from going crazy. I’ve always been really good with people. I can make friendships with people really easily. Never really had a problem. I said, ‘Well, let’s try a small place,’ and we’re still here 21 years later,” Mendoza said.

Mendoza said, “That was the first year we opened, when International Paper shut down. So that was 2000. It was just a small place… Mainly it was just to go. It was a little area in the back and we had two or three tables in the front and a waitress from 10 in the morning to 6 in the afternoon.”

Even at the turn of the millennium in Camden, taste buds were more accustomed to the battered and fried foods normally associated with Southern eating.

Mendoza said, “Back then, if it wasn’t fried, people didn’t want it. Nowadays it’s different.”

Slowly, Mendoza’s cooking and recipes started to take hold, with one dish being his famous cream of cilantro soup and a dessert that has a rather unusual ingredient.

“One of the desserts people really like in the summer time is the avocado lime ice cream. We have that now,” he said.

In December 2004, Dawson and Mendoza moved to their current location, a historic building built by Camden’s well known Berg family.

“We painted, we did a lot of things. We didn’t have a kitchen, so the whole kitchen back there had to be put in. We started Karaoke nights, we had competitions on Halloween… Then we started doing a southern style buffet,” Mendoza said.

Along with the Southern style buffet, a big draw to Allen’s is Thursday’s all-you-can-eat Mexican buffet, but Allen’s is hardly a one trick pony when it comes to cuisine.

Mendoza said, “We have a little bit of everything here. Because I’m Mexican, people think it’s just Mexican food. It’s not; we have more American style food than Mexican food, but we try have something for everybody’s palates.”

Mendoza said his love of cooking stemmed from his childhood in Mexico adding, “My dad had a restaurant on the beach in Acapulco. I did not work with him, but my mother had a small convenience store and she would cook on the weekends, so I was around that a lot. I wasn’t really planning on opening a restaurant.”

“We’re trying to think outside the box. I come up with some different recipes. We started doing penne pasta with pesto and shrimp parmesan. We try to do more than just sandwiches and soups,” he said.

An example of a popular item you don’t find on many menus is the lobster bisque.

“We started doing that four years ago, people started asking for that more, especially in the winter,” Mendoza said.

Fish can also be found at Allen’s.

Mendoza said the most popular are, “Salmon and red snapper, mainly grilled.”

More items are added all the time, Mendoza said.

“We added shrimp quesadillas, the chunky chicken summer salad and grilled chicken Cesar salad. We had the panini before, but we closed for lunch. Not only because we are getting older, but because we can’t find help.We brought back two of the panini the campagnola and the Italiano. Those are good sandwiches, people like those,” he said.

“They ordered the sandwich, but the ham is a little tough and salty. We had to order the big prosciutto ham and slice it our selves. People didn’t know what it was, so they would complain about it.”

Thursday night is one of the biggest nights for Allen’s, with its Mexican Buffet often featuring live music.

”That’s one of the nights were people like to come out. Mike Smith will play the piano or Phil Kennedy will do karaoke, we get Witt Johnson when he hits town to play the sax,” Mendoza said.

“I’m going to do crawfish tacos; it’s almost like a street taco, with the tortilla, crawfish, cilantro and tomatillo salsa,” he said.

They’ve been nominated for the Arkansas Food Hall of Fame 2 years in a row by loyal fans, and have given the building a face lift by replacing their sign with a grant from the Camden Community Foundation.

Want a taste of Miguel’s cooking at home, try his Chicken Salad recipe.

a clove of garlic

Boil chicken breasts with garlic, salt, pepper and bouillon cube for 15 minutes and set to cool