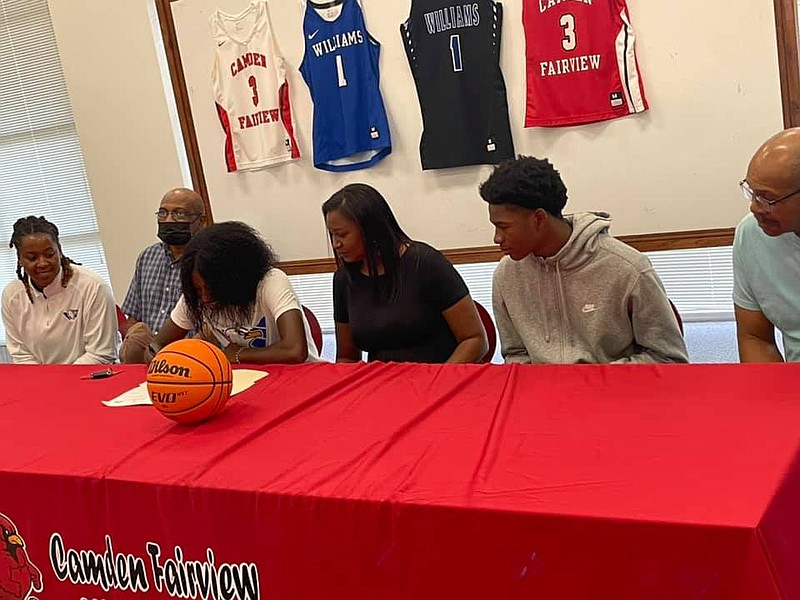 Another Ouachita County student athlete is set to take her talents to the collegiate stage.

Dandridge was joined by her mother, Tameka Hawkins, brother Jalen, grandfather, Rev. Wesley Johnson and WBU Coach Kala Tyus during the ceremony in front of her school administrators, teammates and former coaches.

Dandridge is an academic all star and an all conference performer in volleyball, basketball, softball and track.

This year, she qualified for state and finished 6th in the long jump despite only competing two times.

Earlier this week, she received the Tate Award that is given to the best senior male and female student athlete during their high school career.