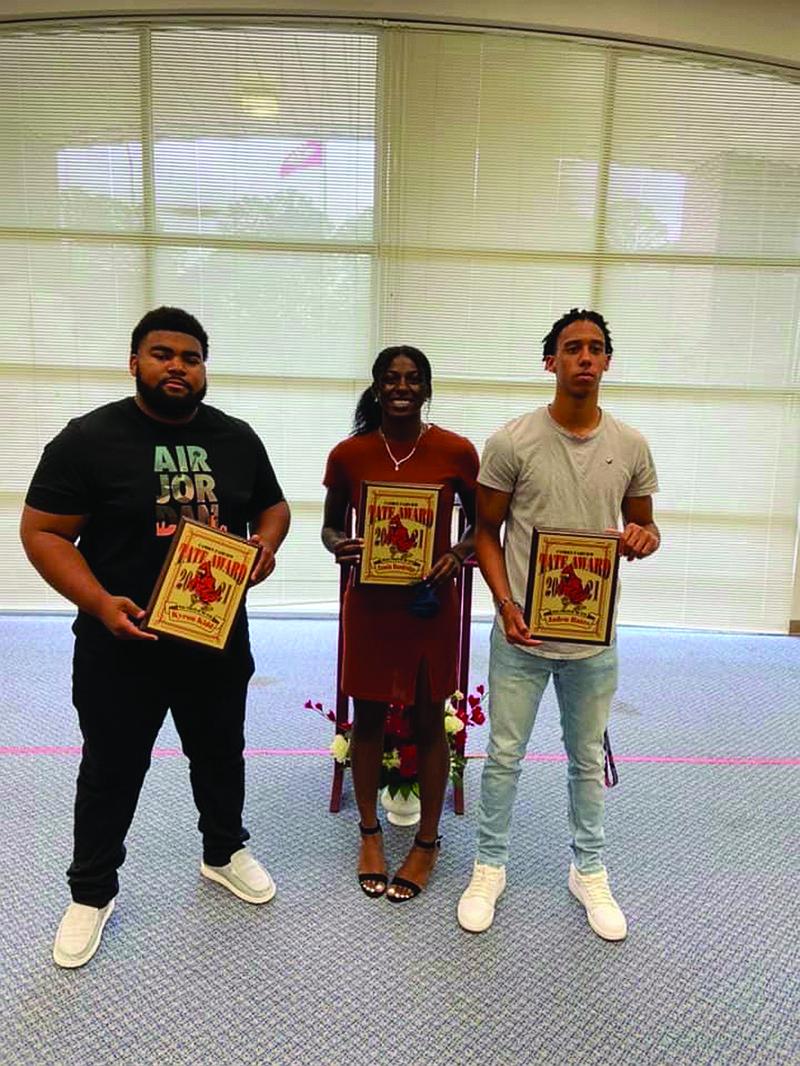 Dandridge is an academic all star and an all conference performer in basketball, softball, track and volleyball. She finished sixth in the long jump at the 4A State Track Meet. Earlier this week she signed to further her studies and play basketball at Williams Baptist University in Walnut Ridge, Ar.

Jaden Bates is an all conference performer in basketball and football. He was one of the Cardinals leading scorers in basketball and was the teams primary deep threat as a wide receiver for the Cardinal football team. Bates started on defense in the playoffs where he picked off three passes and returned two for touchdowns in a single game. Bates signed his NLI to continue his education and play football at Henderson State University in Arkadelphia.

Kyron Kidd is an all conference and all state performer in football. The athletic defensive tackle saw time in varsity football games as a sophomore and made the sacrifice of playing on the offensive line as well as the defensive line his senior year. Kidd also competed on the Track team. He is set to further his education and play football at Northeastern State University in Tahlequah, Oklahoma.