3 injured as Thai protesters rally for reform of monarchy 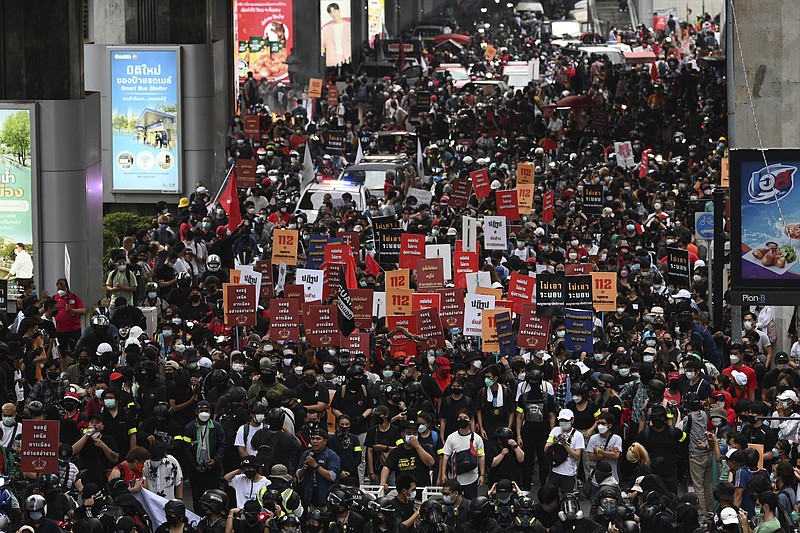 Anti-government protesters hold banners calling for the monarchy reform marching to the German embassy in Bangkok, Thailand, Sunday, Nov. 14, 2020. Protesters calling for the reform of the monarchy returned to the streets of Bangkok despite the ruling of the Constitutional Court on Wednesday that such demands are tantamount to attempting to overthrow the system of government with the king as head of state. (AP Photo/Surat Sappakun)
ADVERTISEMENT