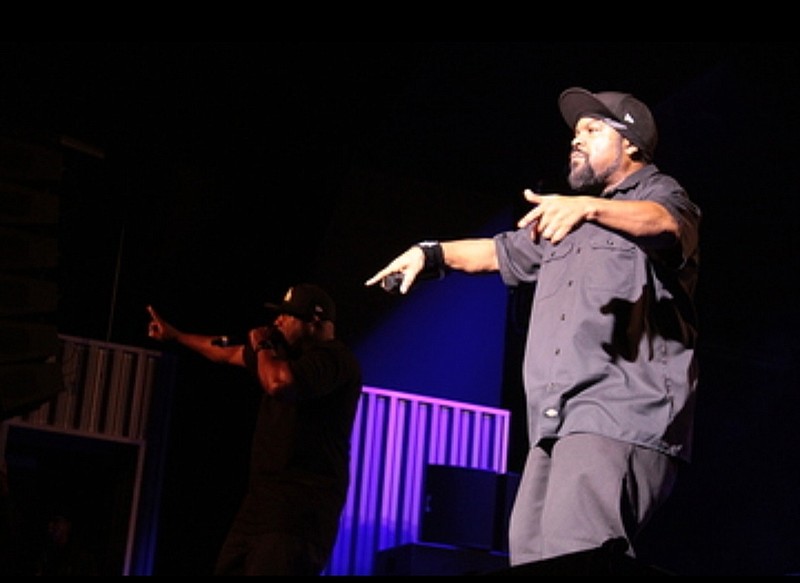 Musicfest kicked off Friday night with a raucous performance by country music artist Frank Foster at the Murphy Arts District's First Financial Music Hall and closed in the same place with a performance by rapper Ice Cube.

On Saturday, Main Street El Dorado's "festival" portion of the annual event took over downtown El Dorado, starting early in the day with the Pupp's BBQ Rib Cook-off and the Medical Center of South Arkansas 5K/10K.

Last year, Musicfest was cancelled due to the COVID-19 pandemic, which MSE Executive Director Beth Brumley said still affected some things this year.

"That's one thing -- it can be a crapshoot when people sign up to do something," she said. "A couple of our vendors ... couldn't make it last minute."

The annual festival's first events were held last weekend, starting with the Miss Musicfest pageant on Sunday. Starting Thursday, MSE began closing off streets downtown to allow for the set up of attractions.

Early in the day Saturday, students from El Dorado elementary schools performed on the Karl Malone stage at Main and Washington. They were followed by local and regional artists on both the Karl Malone and Mac's Tree Service stages, including Jacob Flores, TuneSmith, Second Hand Jacket, Eric Meadows and more.

Rain put a damper on the festival mid-day, but Brumley said overall, she was happy with the turnout.

"We had a pretty decent crowd with the schools stage, but when the rain came, it kind of cleared out," she said. "It's been hit or miss."

A small crowd filled the stands across from the Karl Malone stage late in the afternoon as Second Hand Jacket performed covers like "Long Haired Country Boy" and more.

Connor Smith and his dad Chris came to Musicfest after catching "Venom 2" earlier in the day. Chris Smith said they try to make it to the annual festival every year.

"We love coming down here," he said. "It's been pretty cool."

A cornhole tournament dominated the early afternoon downtown, and no winner had been announced by press time Saturday

Forecasts of thunderstorms didn't put a damper on the festival, as the Square was filled local residents visiting the different vendors that lined Jefferson Avenue.

Cook-off participants cooled off along Cleveland Avenue as they awaited the announcement of the contest's winners. Bad to the Bone, out of Clinton, Ark., took home the top prize

Erica Spall brought her four children to Musicfest; she also said she tries to make it out every year.

"We've been here a while. They're enjoying it," she said.

Her daughters Brooklyn and Alison climbed the Kids World rock wall, and Brooklyn made it to the very top.

Performances continued late into the afternoon, with Cody Cooke and the Bayou Outlaws closing out downtown activities at 8:30 p.m. downtown as Ice Cube took the stage at MAD.

Given the ongoing pandemic and this year's event being a revival after last year's cancellation, Brumley said she was happy with how Musicfest turned out.

"It ended up being a pretty day, we had a good turnout. It's light compared to previous years, but taking a year off with 2020 also affects that. Still not back at 100%, but it turned out good," she said.