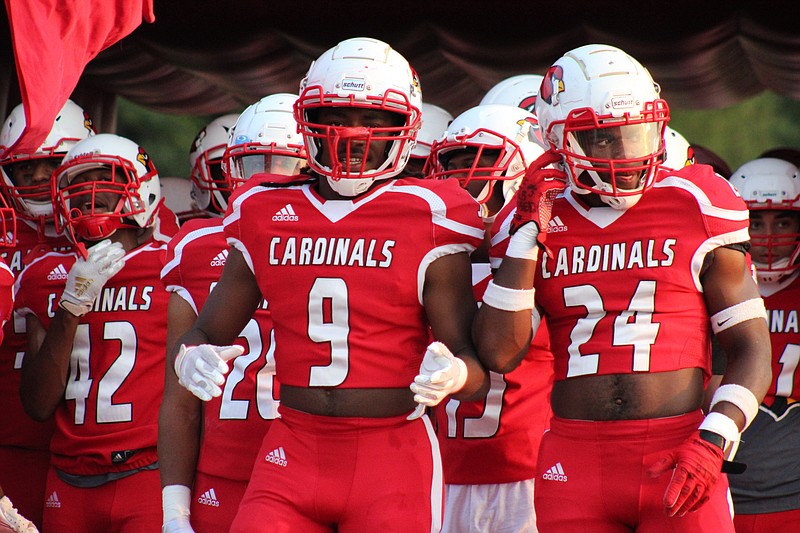 It has been a big season for the offense of the Camden Fairview Cardinals (5-1).

Averaging 43.3 points per game, the team has a large amount of high-caliber talent that ensures stability and explosiveness.

The Cardinals's offense is led by a strong-armed passer and dynamic runner in quarterback Martavius Thomas, but he isn't the only skilled position leader making a huge impact on the offense.

Senior running backs Ja'Coriae Brown and Ja'Toney McGhee are players that have waited their turn to make an impact. Now they are two big keys to creating an explosive well-balanced offense this season.

In six games this season, Brown and McGhee have accumulated 928 yards and 18 touchdowns on 137 carries. Both players possess the speed to run quickly to the outside and avoid the linebackers and the edge rushers. They also possess the power and strength to gain extra yards after first contact from the defenders. Both runners are highly elusive speedy backs that carry the offense through an efficient run game.

Last Friday, against the Arkansas High School Razorbacks, Brown rushed for 144 yards and a touchdown on 20 carries for an average of 7.2 yards per rush.

McGhee has rushed for 386 yards and seven touchdowns on 49 carries for an average of 7.9 yards per rush. He is also a playmaker in the receiving game, catching three receptions for 101 yards and a touchdown.

Both running backs could see their football careers expand into the collegiate level after they graduate from Camden Fairview in the spring of 2022. Brown has an offer from the University of Arkansas-Monticello but could receive more offers if the Cardinals continue to win. McGhee is currently getting evaluated by Henderson State and Ouachita Baptist universities.