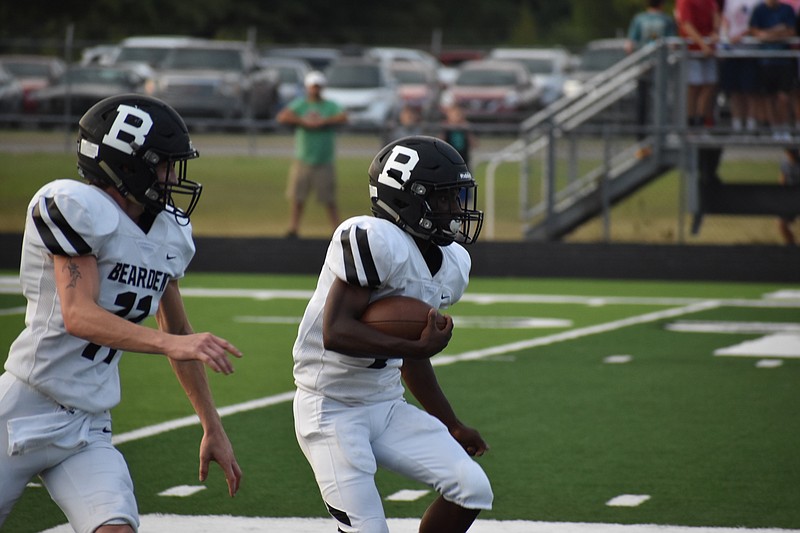 Last week, the Bearden Bears dropped their fifth game of the season and their eighth consecutive game this season.

The Bears lost on the road to the Lafayette County Cougars 40-20, which was their lightest loss of the season. Bearden was overwhelmed with mistakes and turnovers that plagued any rhythm and consistency they could have achieved in the game.

The Bears will get ready for another attempt to get their first win of the season when they host the Parkers Chapel Trojans (0-3). The Trojans have had their season halted significantly, as two of their games have been canceled due to COVID-19.

Last season, the Bears got a big 36-0 victory over the Trojans, as they were alert and attentive on defense while pounding the ball down the middle of the defense. In the 2019 season, Bearden was dominated by Parkers Chapel on the road 38-6.

The Bears's offense average 10.2 points per game with most of their scores coming from running back Royce Cones. They will have to get a consistent passing offense going if they want to create more consistent drives. A pick six on a throw from quarterback Kathan Emerson last week killed the team's momentum against the Cougars, but the Bears will have a chance again this week against a Trojans' defense that allows an average of 32.7 points per game.

The Bears's defense needs to a find a way to get off the field by forcing fourth downs. Bearden missed too many tackles against Lafayette County in the backfield last week. These are costly mistakes that the team can easily fix for the game against Parkers Chapel. The Trojans have only been able to score 14 points in just three games this season. Bearden is allowing an average of 44 points per game from the opposing offenses.

This will be one of Bearden's final chances to get a win this season, especially when they start playing more composed and efficient teams in the conference like Fordyce and Junction City. Their attitude and their will to win will also be a key factor of the game versus Parker Chapel.

Kickoff will be at 7 p.m. tonight at Bearden.

Print Headline: Bearden gets another chance for first win of season versus Parkers Chapel