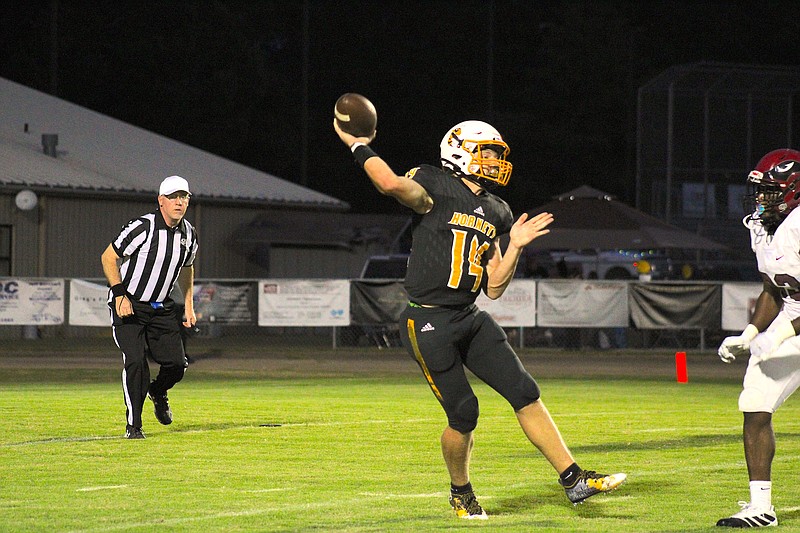 The Harmony Grove Hornets started their season with a 1-2 record in non-conference play before managing to dominate the first two games in conference play.

The Hornets took down the Dollarway Cardinals at home 45-6 on Sept. 24 and the Smackover Buckaroos 46-6 on the road last week.

This Friday night, Harmony Grove will have their biggest conference game yet this season hosting the undefeated McGehee Owls (5-0).

This will be a game where Harmony Grove has to play perfectly on both sides of the ball. Harmony Grove is playing a McGehee team that is highly efficient on offense and defense.

The Owls's offense averages 39.8 points per game behind experienced and high-volume offensive skilled players. They are a team that has tremendous and strength that plays similar to Harding Academy. There will be times when the Hornets defense has to react quickly to the plays; otherwise, they will allow a quick passing play for a first down. The Hornets have been solid at defending against deep passing plays, but not significantly in short-to-mid-range passing plays.

The Hornets defense allows an average of 18.6 points per game behind an aggressive and consistent front-seven. They are a defense that can crash into the backfield consistently. Linebackers Tobias Hicks, Daniel Hill and Jermaine Edwards each have eight tackles for loss in the 2021 season. The Hornets will also need their defensive line to crowd the line of scrimmage and close off running lanes of the Owls's high-power offense.

Offensively, the Hornets may need to prepare for a potential shootout with McGehee. Harmony Grove's offense averages 33.6 points per game and has shown serious progress through the last two games. The passing game for Harmony Grove needs to be more aggressive, yet careful against the talented secondary of the Owls. Sophomore quarterback Caleb Johnson has thrown for 711 yards, ten touchdowns, two interceptions and a 113.5 quarterback rating on 40 completions (out of 76 passing attempts). He has been growing as a quarterback who can get the ball into the receivers in great situations.

The Hornets and the Owls will kick off tonight at 7 p.m. at Harmony Grove.