Perrin leaves post as Assistant Mayor of Camden, says she was forced out 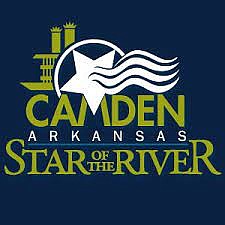 Assistant Mayor Amy Perrin is no longer employed by City of Camden, she and City Attorney Michael Frey said Friday.

Frey confirmed Perrin's departure, but said a letter of resignation was not presented.

"No, it would be a personnel action," Frey said.

Perrin said that she felt she was forced out of her job because she asked for time off to take her child to medical appointments.

She said she is being represented by two law firms and will issue a formal statement on the resignation in the future.

"In regards to being pressed to make a decision between my child's life or continue to undergo circumstance there, I chose her and I will every time," Perrin said. "And I think it's sad that someone who used my child to get fame -- TV, newspaper, internet -- would use the one thing he knew I would never give on. She has a life threatening issue and an annual appointment. This isn't a surprise, it's annual. It was just utilized in an unfortunate manner."

Perrin was Assistant Mayor under former Mayor Marie Trisollini. She has served Mayor Julian Lott's administration since he was elected in 2018.

The Camden News was unable to reach Lott Friday afternoon.

The Camden News will update this story as it develops.

Print Headline: Perrin leaves post as Assistant Mayor of Camden, says she was forced out