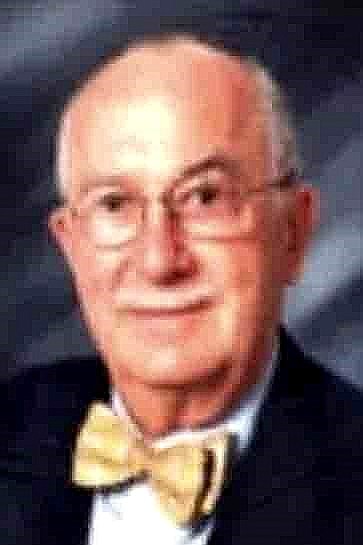 Days after his passing, those who knew Dr. Pete Carroll still have him at the front of their minds.

Dr. Carroll practiced medicine for nearly 70 years in north Louisiana and south Arkansas and was responsible for training many of the doctors that still practice in El Dorado today. He also delivered countless local residents.

"I asked my dad one time how many babies he delivered, and he said 'I stopped counting at 10,000,'" his son Robin recalled Thursday afternoon, as he worked at writing a eulogy for his father to be delivered at Dr. Carroll's funeral the following day.

Born in Spearsville, Louisiana, Dr. Carroll received an education early in his life on the importance of equality and fair play. According to his obituary, a Carroll family member, to this day, can trace the history of anti-racism action through their lineage.

"I think where it started -- my great-grandfather refused to have slaves, even back in the time of cotton. And then my grandfather, Charles, was a pharmacist; he actually hid an African-American male from a lynch mob one night, and then bought him a bus ticket to Los Angeles the next day so he could get away from Spearsville," Robin Carroll said.

"He had an uncle, George Reed Carroll, who was a doctor and he thought very highly of him, and he helped my granddad to get through pharmacy school at Emory, and Granddad moved back to Spearsville from Atlanta and Granddad helped Dad get through med school," Robin Carroll said. "I think there was always a connection."

Before opening his own practice, Dr. Carroll joined the United States Air Force, serving from 1957 to 1959 at the Moody Air Force Base near Valdosta, Georgia.

"It was between the Korean and Vietnam wars," Robin Carroll said. "He did everything. You know, when you're a military doctor, you have to do everything."

When he left the service, Dr. Carroll returned to Louisiana -- Bernice, to be exact -- to open his own practice. The year was 1959, and the Civil Rights Act was still five years away, but that didn't stop him from working to integrate the hospital waiting room in Bernice; his action was answered with a cross burning in his yard.

Robin Carroll hadn't been born yet when that happened -- like both his parents, he was the youngest child, his mother having been the youngest of 15, and his father the last born of six --, but he said his father's lessons on equality and justice do carry on through himself and his sister.

"What I really think is that Dad had a calming effect on racial division in every place he's ever lived," Robin Carroll said. "We were just taught what the family history was and what he thought and what Mom thought and so it -- he taught us to carry on the tradition for our children."

In 1972, the family moved to El Dorado. Robin Carroll was just a baby at the time -- his father had delivered him and his sister in Bernice. Dr. Carroll had his own private practices for years in both towns.

"You know, if he was alive today and was able to start a practice, we'd lose half the patients we had going back to him," said Jan Risinger, who worked with Dr. Carroll at his practice for 12 years and now works at SAMA. "It was fun to work with him."

At that time, sending patients to a specialist was much less common than it is today. As his son said, Dr. Carroll "did everything."

When he became the Residency Director at the AHEC (Area Health Education Center) South El Dorado campus, Dr. Carroll was able to make an even wider impact as he had the opportunity, then, to train up-and-coming doctors that continue to serve the region to this day.

"I was the first AHEC resident to come to El Dorado, and Dr. Carroll was one of my mentors, and I learned a lot of, obviously, a lot of medical knowledge from him, but the knowledge of the humanity that he had toward everyone -- any person... He loved people," said Dr. Jim Sheppard, who trained under Dr. Carroll at AHEC. "He was honest, kind and all the qualities of a physician that you'd want, he had."

Sheppard, who practiced until recently at SAMA, said he called Dr. Carroll "the Marcus Welby of north Louisiana and south Arkansas," after the beloved TV doctor.

"I just finished a book about (Prime Minister Winston) Churchill, and you know, he had a greatness about him, and he was actually -- Dr. Carroll would have been 90 next month, and Churchill died when he was 90 -- and many of the accolades that went with Churchill's passing, I would say, in a different sense, would relate to Dr. Carroll," Sheppard said. "Just a great figure in his profession."

Before he started at AHEC, Dr. Carroll's style raised a few eyebrows, Risinger and Sheppard said.

"When I first met him, he had -- that would have been in like 1979 -- ... he kind of had long hair, he had on a necklace, an open collar and bell-bottom pants. I thought, 'my god, who is this guy?' Of course, you meet him and he's Mr. Personality and everything," Sheppard laughed. "But over the years, when he went over to AHEC, he was business suits and a bow tie. He always wore a bow tie. I always loved bow ties, and in fact, I'm wearing a bow tie to his funeral. ... I wear a bow-tie because of him."

Risinger said El Dorado residents thought Dr. Carroll must have been a hippie when he first came to town.

"But then he started with AHEC and it was an about face -- it was bow ties and a beeper," she said.

"He changed from a man of the 70s to this real professional-looking guy," Sheppard said.

Dr. Martha Garrett-Shaver also trained under Dr. Carroll as a non-traditional medical student; she eventually went on to become the Residency Director at AHEC herself.

"His bedside manner and how he talked to patients, and how calm he could be, even when the world was falling down around him -- he was calm, and that's not easy to do," she said. "He was a doctor that sees everyone from cradle to grave and delivers them. He saw everything, and he even came up in the day when family medicine doctors did a lot more surgeries than just C-sections. ... He got a lot of training in the service."

At home, Dr. Carroll spent his time reading extensively -- Garrett-Shaver said he always kept up-to-date on the latest in medical science, reading medical journals and listening to tapes on his way back and forth from work --, learning to play piano and meeting his son for golf games in the afternoons.

"He learned to play piano by ear and -- although, he could read sheet music, and there's a piano at my parents' house -- and he was a great musician, pianist," his son said. "At family gatherings, everybody understood that he was the patriarch of the family."

While Robin Carroll chose a different path than this father -- he currently serves as a Circuit Judge locally -- his sister did become a nurse. His son said his father supported his going into law school, and that it meant a lot to him.

"He supported that completely," Robin Carroll said. "He was always my hero -- somebody that I never wanted to disappoint."

Sheppard and Dr. Carroll allowed one another to care for their families. Sheppard teared up as he recalled Dr. Carroll selecting him to be his family's doctor.

"He chose me to be his family doctor, which I thought was one of the greatest compliments that someone could ever give," Sheppard said. "I think a special memory is when he handed me my son, our middle child -- our first child was born in Little Rock when I was in med school, then we had one here and then another one here too -- and he handed me the third one and said 'it's another boy.' It was pretty special when he handed me each of those boys."

Garrett-Shaver herself learned to deliver babies from Dr. Carroll.

"We were doing a C-section once, and I was assisting him, and it was going along fine, and he said 'Dr. Garrett-Shaver, can you see?' I said, 'yes, sir.' And he said, 'well I can't; if you would move your head, it would help,'" she remembered, laughing. "I remember that every time I've done that with a resident. If you can see, I can't."

Dr. Carroll also delivered both of Risinger's children. She said he was not only their doctor, but also near enough a member of the family as well.

"He went for a ... class reunion in Spearsville one year, and my daughter was the Homecoming Queen, and he escorted her," Risinger recalled. "He and Suzanne (his wife), both -- when my daughter needed something for school -- you know, they had dress up days and stuff like that -- Suzanne was the first person she would call to see if she had something to wear. He was that way too. There's just so many good memories about him."

Sheppard, Risinger and Garrett-Shaver said they wouldn't be the medical professionals they are today without having studied under Dr. Carroll.

"I just think we've lost an icon," Garrett-Shaver said. "It won't be the same."

Dr. Ezinne Nwude, who currently serves as the Chief of Staff at Medical Center of South Arkansas, didn't know Dr. Carroll well; they only met a few times, she said, but even that was enough to make an impression.

"He touched so many lives. He was a big part of the UAMS training program; so many physicians were trained by him, so it is a big loss for the medical community. From the little I know about him, and speaking with his wife, he lived a really full life, and teaching was a calling that made him feel fulfilled," Nwude said. "I know the community will always cherish and honor his service to us and I hope he will rest in peace."

Risinger said that although she never finished nursing school, she learned so much about the medical profession from Dr. Carroll that she has continued to utilize, both working with him, Dr. Sheppard and now in her job at SAMA.

"He was just a good soul that touched many, many lives. He touched so many people's lives and he was such a good teacher. He taught me more things for the medical profession, and it's because he knew everything," she said.

Sheppard said that about six months ago, he took stock of all the physicians who helped him in his career, from Dr. C.E. Tommey and Dr. Larkin Wilson to Dr. Carroll. It was too late by then to reach out to Tommey or Wilson, who had both passed away, but, despite his bad eyesight, Sheppard used a magic marker to write a letter to Dr. Carroll thanking him for all the wisdom he had imparted.

"He was kind and gentle, he was truly interested in everyone, and he treated everybody with those qualities," Sheppard said. "If anyone wanted a family physician, Dr. Carroll would be the ideal. I'd put him at the top of the pyramid. Everyone else should strive to be like him. He'll be missed by a lot of people. ... He lived a great live to have as many people think of him in those ways -- what do they call that? A life well-lived."