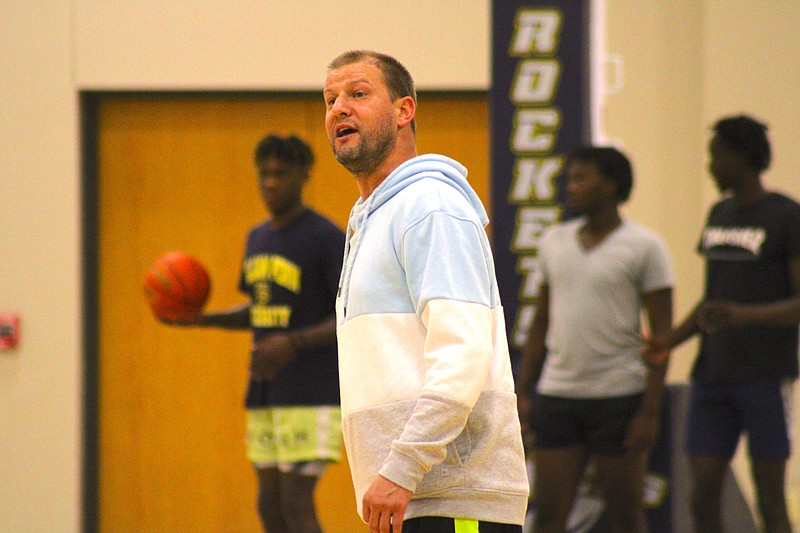 One season after their best postseason play under fourth-year SAU Tech Rockets men's head coach Marty Levinson, the basketball team is looking to transcend to an even higher ceiling.

The Rockets appeared in their first-ever NJCAA division II men's basketball championship tournament this past season. They would eventually lose to the Ancilla Chargers 71-64 in the first round of the tournament. However, the Rockets defeated Dallas-Richland, 84-75; St. Clair County, 87-80; and South Suburban, 66-63, in the consolation rounds.

Levinson has built a program in just three seasons at SAU Tech that can consistently contend for district titles. He has accumulated an overall record of 57-28 in three seasons as head coach of the Rockets.

The Rockets have already played in a national tournament for the first time in program history, but Levinson wants more. As a former long-time player, Levinson knows the grind and the mentality the players achieve to reach greater heights in their program.

Levinson has built dominant and consistent junior college programs as assistant coach, head coach and manger in Nebraska and California. After three solid years at SAU Tech, a program that needed more of a building block to work from, the Rockets are heading into the right direction.

In the first year with Levinson as head coach in the 2018-2019 season, the Rockets accumulated a 19-10 overall record. They averaged 86.2 points per game while allowing an average of 81.9 points per game on defense.

The following season, the Rockets accumulated an overall record of 18-13, including a 4-2 record in district play. The Rockets averaged 85.3 points per game while their defense allowed an average of 81.6 points per game.

It was this past season where the Rockets took their biggest leap forward in overall efficiency. The Rockets averaged 81 points per game while allowing an average of only 74.2 points per game on the defensive end of the court. Part of their huge rise in defensive efficiency is the talent they have recruited to the program. Levinson and his staff have done a solid job at getting some key talent to play for the Rockets.

One of those key players is sophomore forward Allen Taylor. In his first year as a Rocket, Taylor averaged 15 points per game, shooting 48.7% on field goals. He also averaged 5.8 rebounds and 2.5 assists per game. He is a tenacious and consistent shooter on offense and a consistent defender for the Rockets.

Levinson will use the remainder of the preseason to prepare his Rockets for a long but potentially huge season, as he wants his team to advance deeper in the national tournament. The Rockets have the coaching philosophy to get better efficiently; they have the talent, they have the hunger to grow and, now, they have the experience.