Bearden's Kathan Emerson shows he is a workhorse 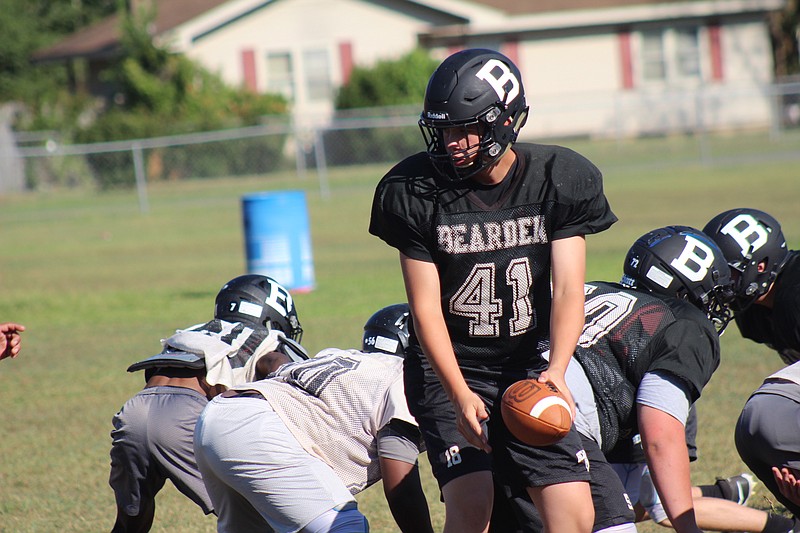 Photo By: Michael Hanich Bearden quarterback Kathan Emerson gets ready to make a hand-off in practice

Every year, there are always players that play on both sides of the ball, some based on their high-caliber talent and other due to team need.

Bearden star senior Kathan Emerson is a player that is called to play on both sides of the ball for the Bears because of the lack of numbers the team has. Emerson, however, has the talent and athleticism to contribute to multiple positions consistently.

According to Bearden head coach Greg Anthony, Emerson is a player who has lined up to play all 22 positions on offense and defense. During the preseason, Anthony mentioned the possibility of some players playing more than one position during the season if they didn't have more players join the team. Emerson was a prime candidate to play multiple positions because of his great athleticism, speed and strength.

Even though Bearden had more players join the team before the start of the 2021 season, Emerson did end up taking on multiple roles on both sides of the ball.

Emerson has shown that he can get the drive to play multiple positions and play every single rep for Bearden if he has to.

Print Headline: Bearden's Kathan Emerson shows he is a workhorse