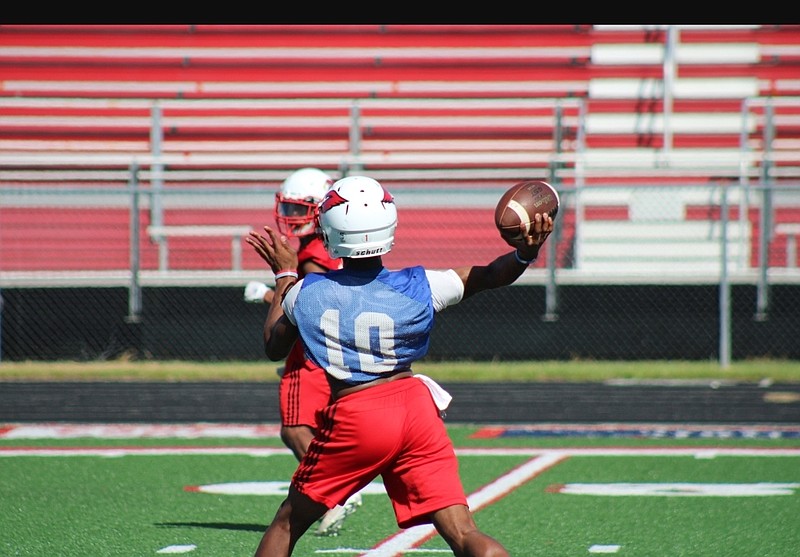 Both the Cardinals and the Wildcats are looking to come back after some mildly disappointing seasons in the previous season. For Camden Fairview, they needed to be more efficient in finishing the games as they all five of their games within one possession.

The Cardinals continued to display their explosive offense with a 41-21 win at the Arkadelphia Badgers this past Friday night. Camden Fairview had over 450 yards of total offense against the Badgers through a dynamic play through the passing and rushing game. The front seven of the Wildcats will attempt to stop the run game of the Cardinals. The Wildcats also have talented man coverage cornerbacks that will make it difficult to get a productive passing game going.

The biggest weakness of the Wildcats defense, much similar to last year, is trying to stop the opponent's rushing game. Camden Fairview excels at creating an efficient rushing behind their stout offensive line led by Baylor Bears commit tackle Timothy Dawn and Central Arkansas commit tackle Mark Welch. They will be the main blockers for Cardinals running backs in senior Ja'Coriae Brown, senior Jatoney McGhee, and dual-threat quarterback Martavius Thomas.

On the defensive side of the ball, the Cardinals will have a primary goal of suppressing the Wildcats' speedy and explosive wide receiver DeAndra Burns. Despite often being the spread formation, the Wildcats utilize several different quick designed plays to receivers like Burns. They will likely call plays such as bubble screens to get Burns the ball quickly for an explosive run after the catch.

The Cardinals will have an edge at the line of scrimmage as the Wildcats offense line is mostly inexperienced. Camden Fairview will have plenty of experienced and efficient defensive linemen that will be the potential deciding factor in the game. Senior defensive end Jacovey Barker returns after accounting for 49 tackles, two sacks, and three fumble recoveries. He will be the primary edge rusher for the Cardinals as they will need him to cause potential bad passes from El Dorado quarterback Sharmon Rester. Dawn and Welch are also huge contributors to the interior defensive line.

Defensive coordinator/defensive lines coach Devin Ball wants to see other defensive linemen step up and relieve the pressure off Dawn and Welch. The Cardinals could either utilize several unique blitz packages to put pressure on the Wildcats' fast-paced safe, or they can play safe and stretch some of their linebackers and secondary off. Keeping El Dorado's running play in-between the tackles would be the best situation they can go. Overall, the linebackers and cornerbacks will need to step up and stopping the bubble screens and fast plays quickly if they want to avoid getting gassed early in the game.

This game will be a fight to the finish in this year's rivalry. Both Camden Fairview and El Dorado also look to finish their non-conference games strong to make a strong impression for when regional play starts. Most of all, the emotions and bragging rights to this rivalry will be at an all-time high this Thursday night up until kickoff.