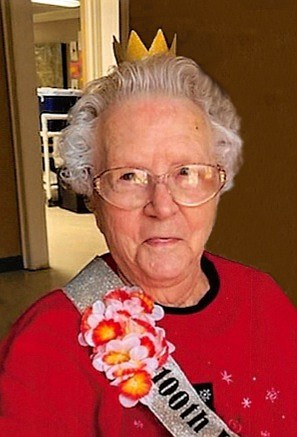 She accepted Christ as her Savior at an early age. She was a strong, hardworking, God fearing woman who never forgot from where her strength came. She was a member of Cullendale First Baptist Church.

Mollie graduated salutatorian of her class at Gurdon High School. In 1952, she was invited to work for Arkansas Power & Light (now Entergy) and thus began her AP&L career. She worked as a General Clerk in the Gurdon office. In 1979, she was promoted to Business Manager of the Camden office. She was active in the community serving as Board Member and Treasurer of the Camden Area Chamber of Commerce, member of the Ouachita County Facility Board, Board Member of the South Arkansas Youth Center in Magnolia, and a member of the Lions Club. In 1988, Mollie made AP&L history when she became the first female District Manager in the AP&L system. She moved to Marion, Arkansas, where she lived until she retired and moved back to Camden where she met the love of her life, John Wallace Cross. They spent several years restoring houses, which they both enjoyed.

Funeral service will be held Saturday, September 25th at 2 pm at Proctor Funeral Home Chapel with burial to follow at Bluff City Cemetery. All guests are requested to wear masks. Visitation will be at 1:30 pm prior to the service. Memorial contributions may be made to Cullendale First Baptist Church, 1850 Cash Road SW, Camden, AR 71701 or Ouachita County Hospital Hospice, 726 California SW, Camden, AR 71701.

Zelma Johnson, 100 of Camden, AR died Sunday, September 19, 2021 at Silver Oaks Nursing Home. She was a member of First Baptist Church in Camden, AR and she was a homemaker.

She was preceded in death by her 6 sisters and three brothers.

A graveside service will be held at 2:00PM Wednesday at Memorial Park Cemetery.