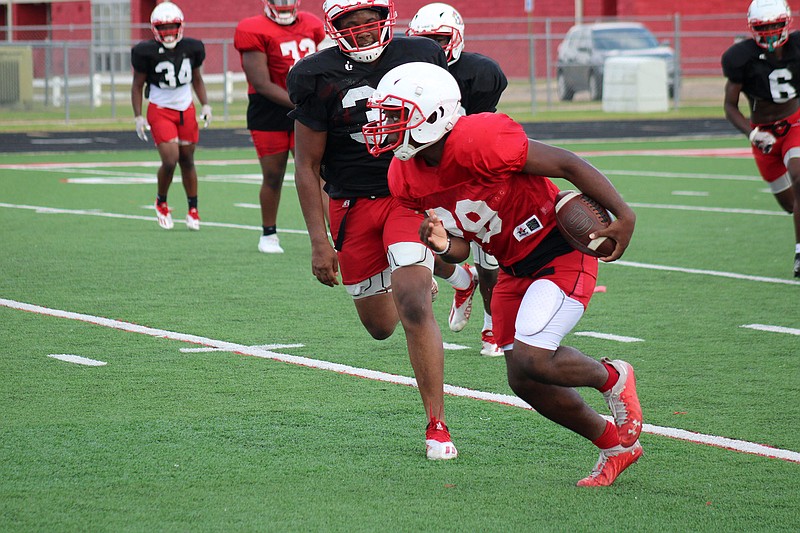 Photo By: Michael Hanich Camden Fairview Running Back Kenneth Lanford rushing for a first down in practice.

We are less than one month until the start of the 2022 High School Football season. Teams do not have much time to figure out the final holes on their team that keep them from a potential conference title or run to the playoffs. All three football teams in Ouachita County will start their fall camps on Monday as they prepare for a long and grinding season. The Camden Fairview Cardinals, the Harmony Grove HornetS and the Bearden Bears all look to exceed expectations and last year's results starting with fall camp.

The Camden Fairview Cardinals will attempt to push themselves to become 5A State Champions with a more experienced team. The Cardinals finished last season with an overall record of 10-2 as they advanced to the second round of the playoffs before losing 35-14 at home to the White Hall Bulldogs. The Cardinals became conference champions for the first time since the 2013 season.

Camden Fairview will return a talented group of players on both sides. Their deepest position group includes the wide receivers, the defensive line and the secondary. They will look to use this Fall Camp to solidify their running back with some young, talented players in sophomore Kenneth Lanford and senior Rashaan Bush. Another set of goals will be to boost the new starters at linebackers and the offensive line, who have high potential.

The Harmony Grove Hornets went back on the path of a playoff contending team after finishing second place in a deep 3A-6 region. The Hornets finished the 2021 season with an overall record of 8-4 as they made it as far as the second round of the playoffs as they lost 28-7 at home to the Glen Rose Beavers.

The Hornets had a tough task this off-season as they had to replace a significant amount of starting offensive and defensive line. The losses of key starters forced the team to change their vision of their offense, but the team feels confident in their ability to score consistently. The Hornets have great skilled players to generate points on the scoreboard; the key for them to be consistent is solidifying the offensive line up front. This Fall Camp will be a vital time for the line to develop and gain experience and confidence.

Bearden is coming off one of the toughest 2021 seasons in the state of Arkansas. The Bears finished the 2021 season with an 0-11 record. Despite not accounting for a winless season, Bearden was sent to the playoffs due to improper seeding of the 2A State Playoffs. The Lions suffered a tough first-round loss on the road 56-6 to the Clarendon Lions.

There is nowhere to go, but up for the Bears and first-year head coach Brandon Austin fully believes his Bears are on the right path. Bearden returns some talented playmakers that play on both sides of the ball. They also have some talented young players that were instrumental on the junior varsity of having a highly successful season. This Fall Camp will be geared towards keeping the Bears focused in every phase of the game. In these final few weeks, one big key will be for the Bears to limit mistakes such as turnovers and be more consistent in executing big plays. 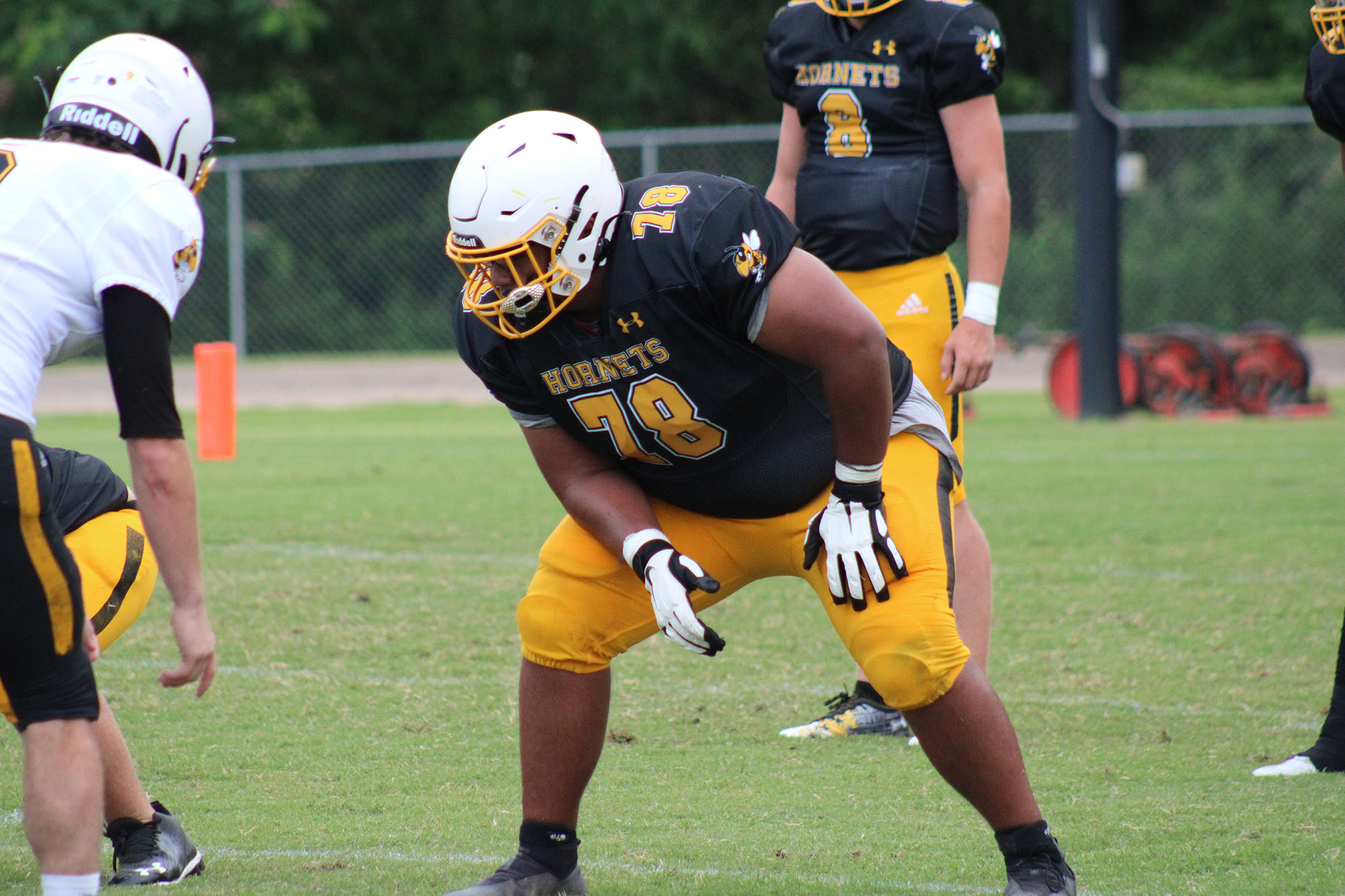 Photo By: Michael Hanich Harmony Grove left tackle Peyton Ross gets set for a play in the Hornets' Gold vs. Black Scrimmage game. 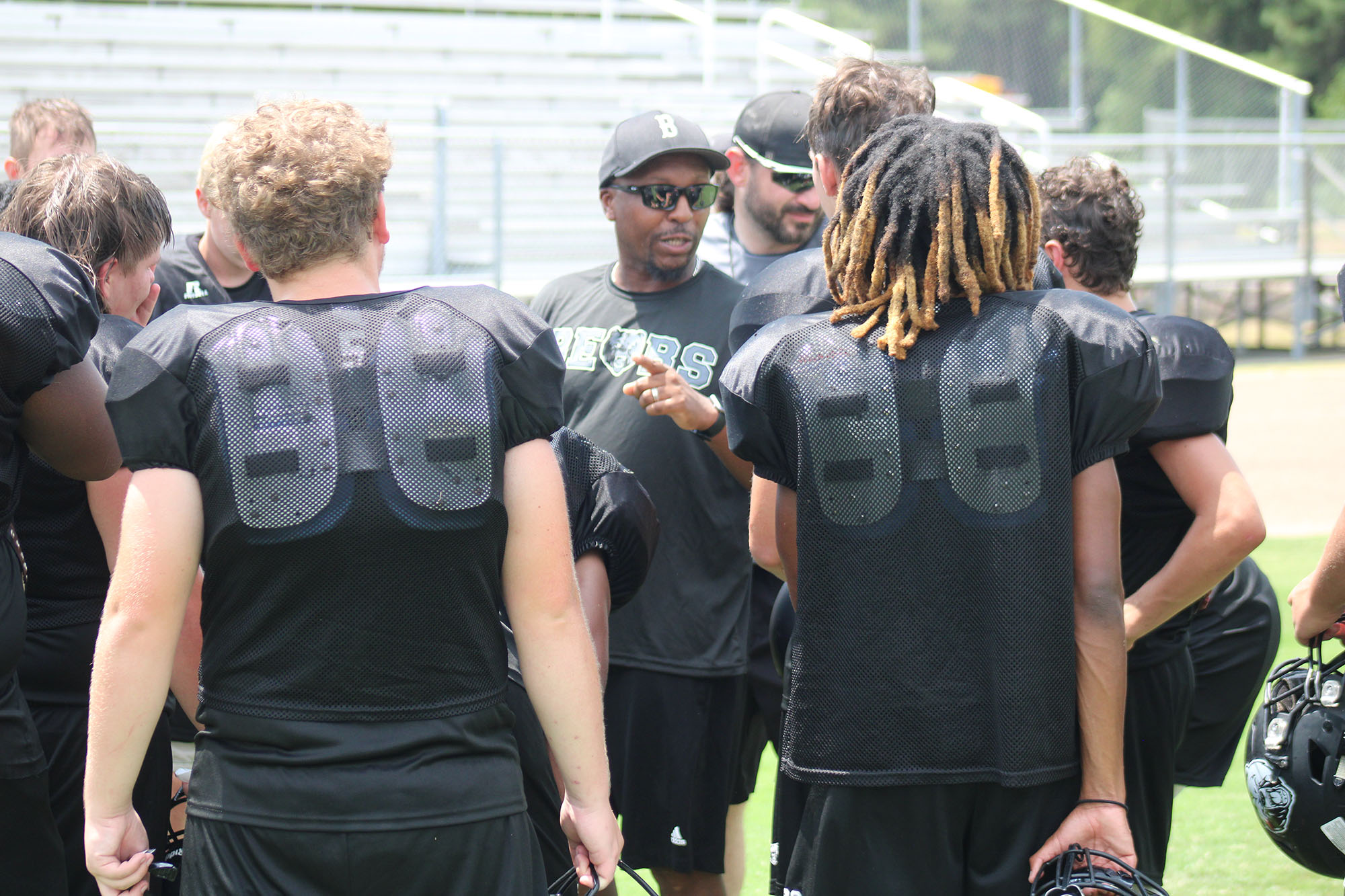