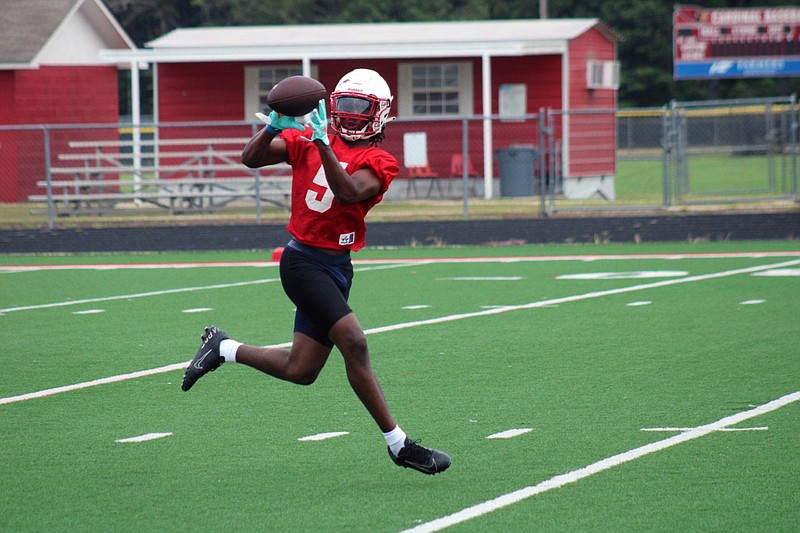 This 2022 high school football season is going to be an important year for many players, but especially for the seniors. The Camden Fairview Cardinals will have many key seniors that will provide tremendous impact. One of the most vital players for the 2022 season the Cardinals will call upon for a tremendous final season is wide receiver Jarvis Reed.

Reed steps in as the new number one receiver for a Cardinals team that looks to repeat as 5A South Conference champions. He possesses the skills that make him one of the state's most efficient and productive pass-catchers. Reed possesses great hands to maintain and control any pass thrown his way. He also has quick hips to make sharp turns and an explosive get-off at the snap of the ball to be a highly effective route runner.

The Cardinals have called on Reed to help lead the offense throughout the off-season on and off the field. He has a strong work ethic in routes, drills and practices as he looks to dominate as much as possible. Mentally, he is a tough and composed receiver who can handle the huge workload of the Cardinals' offense.

Along with his skills and mentality, Reed has good size, which challenges some of the other defensive backs in the conference. He can find his explosiveness at the top of his route. Reed is also a physical and aggressive receiver. Add all of these qualities to his playmaking skills; he can be a matchup nightmare against opposing defensive backs. One of his favorite aspects of being a high-valued receiver is winning key matchups against one-on-one coverage schemes and finding holes in unique zone coverage schemes.

Collegiate scouts and coaches have noticed his impressive pass-catching skills, his great athleticism and his physical and mental toughness. Some division one football programs that have shown interest for Reed are the Arkansas Razorbacks, Louisville Cardinals and the TCU Horned Frogs. He has been to several camps, including the Razorbacks and the Horned Frogs.

When asked about his recruiting process, Reed responded, "My recruitment has been going well. I've been traveling a lot, I know I've gotten a big interest from Arkansas, TCU and Louisville. I know it's more on down the road, but, when stuff gets started rolling the season there will be more. I definitely know the offenses well."

Reed knows he has take his talents to the collegiate level with a division one schools. He is not worried about trying to receive an offer this 2022 season, he believes a great senior season will be enough to get a potential shot into the collegiate ranks. Reed wants to do one thing this season, which is winning. He wants to win something bigger than himself, a state title.