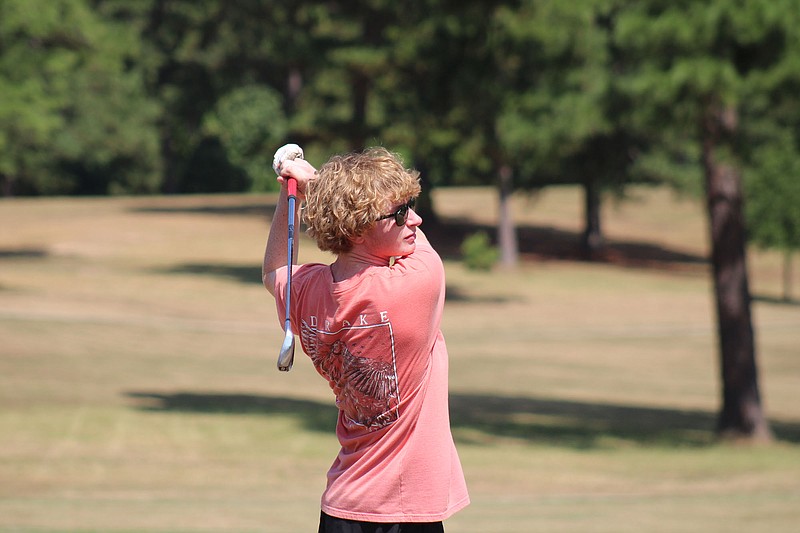 On Monday, the Camden Fairview Cardinals and Lady Cardinals golf teams kicked off their 2022 season at the Lion's Club Golf Course in El Dorado.

Head coach Troy Keithsaid his two teams would endure a significant rebuilding process this year due to the talent lost to graduation last season. Neither the Cardinals nor the Lady Cardinals met the goals that Keith had set for Thursday's practice, but he said players understood that the 2022 season is going to be a process.

The Cardinals boys' team finished with an overall score of 361 between five of their golfers. The Cardinals placed in fourth place in the match behind the home team El Dorado (312), Fountain Lake (337) and Lakeside (347). They finished above the El Dorado junior varsity team (363), Magnolia (373), Horatio (441) and Crossett (447).

The best performance from Camden Fairview came from senior Jaxson Bradshaw, who shot an 83, the ninth best individual performance of the match. Senior Cade Woods had the next best score for the Cardinals at 85. Junior Andy Hobbie scored a 93, senior Grant Jeffus scored a 100 and senior Carson McKinney scored 119.

Junior Emily Robertson finished with the top score for the Lady Cardinals' golf team at 102. Junior Abby Word accounted for a 119 score and sophomore Emily Pickett accounted for a 127 score.

There is plenty of time in the season for the Camden Fairview golf teams to get better and create consistent lower scores in matches. Their first match on their home course will be on Thursday as they host Smackover, Hope and Crossett.