Good and bad news for Cowboys during Training Camp 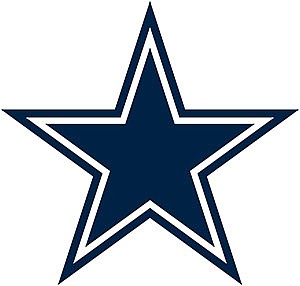 For the Dallas Cowboys, it's better late than never, as they start to find some answers for questions that remained at the start of Training Camp about their roster.

One position group that has raised questions was the immediate talent at the wide receiver position. With Michael Gallup still healing from the ACL tear he suffered in Week 17 of the 2021 NFL season, the Cowboys needed wide receivers, outside of star receiver CeeDee Lamb, to step up.

This gave an opportunity to veteran James Washington, who signed with Dallas via free agency this off-season; however, Washington had a significant setback in Training Camp when he suffered an ankle injury while contesting for a catch in the end zone on Monday. Later that day, the Cowboys confirmed that Washington fractured his ankle and will be out for 6-to-10 weeks.

Outside of Lamb and an injured Gallup, the next leading receiver from last year is Noah Brown, a seventh-round pick by the Cowboys in the 2017 NFL Draft. Last season was Brown's most accomplished year in his four years in the league, as he caught 16 receptions for 184 yards.

The Cowboys used their third round pick - 88th overall pick - in the 2022 NFL Draft on South Alabama Jaguars wide receiver Jalen Tolbert. The team now has to put more pressure on the rookie who came from a small, Division I college to the NFL. Tolbert has been practicing well with the Cowboys and winning one-on-one coverages thrown by quarterback Dak Prescott.

A timeframe has not been set for Gallup to return to 100% from his devastating injury, but he is hoping to return in game three or four, according to team sources.

One key issue that has been addressed on the defensive side of the ball is the weak-side linebacker position. On Wednesday, the Cowboys signed four-time Pro-Bowler and former Minnesota Vikings weak-side linebacker Anthony Barr to a one-year, $3 million deal. Barr was one of the most consistent defenders for the Vikings for several seasons, when he was a highly efficient tackler and a reliable zone coverage player. He suffered a setback in the 2020 season when he tore his pectoral muscle in Week two. He wasn't as reliable a defender last season with the Vikings as he was earlier in career.

But Barr has shown he can provide reliable zone coverage that some of the Cowboys' longer-serving linebackers cannot. A weak-side linebacker in the defense under defensive coordinator Dan Quinn has been to be one of the most reliable tackles in run support and a reliable zone coverage player in pass defense. The good news for Dallas is that Barr plays similarly to Bruce Irvin, a player that defensive coordinator Dan Quinn developed as a leader while they were both with the Seattle Seahawks.

Barr's addition keeps the Cowboys' capabilities to keep 2021 NFL Defensive Rookie of the Year recipient Micah Parsons on the outside where he accounted for 47 quarterback pressures, 30 quarterback hits, 20 tackles for loss and 13 sacks last season.

Quinn's defense likes to have four down defensive linemen and a linebacker or safety at the edge on the strongside of the offense, where the tight end usually is. Parson could potentially remain as a key pass rusher while Barr takes the pressure from the pass defense responsibilities that Parson had to bring.