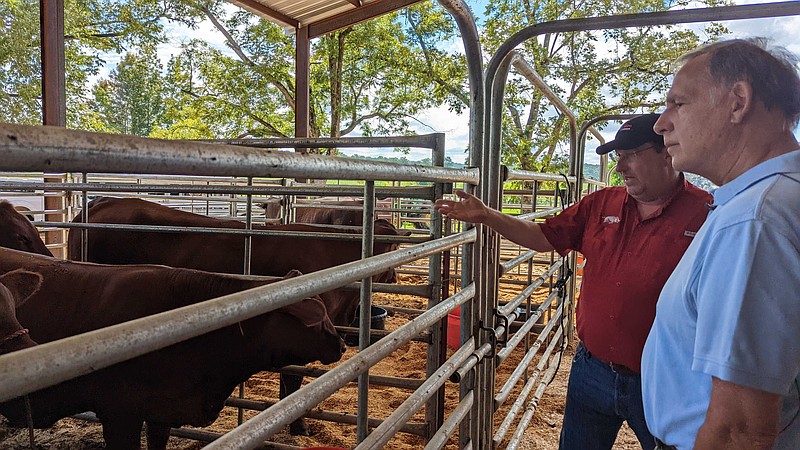 U.S. Senator John Boozman visited 777 Farms in Magnolia for his last stop on his annual ag tour, where he visits farms across the state to highlight agriculture's role in Arkansas' economy.

Boozman is the ranking member of the Senate Committee on Agriculture, Nutrition and Forestry.

While at 777, Boozman met with farmers, discussed cattle and took pictures with constituents.

777 Farms specializes in purebred Santa Gertrude cattle and is owned by Chad and Jamie Daniel.

The Daniels breed award-winning cattle. Their bull Vegas is a national champion that has sired other national champions, they said. 777 Farms has won the breeder of the year for the last five years for Santa Gertrudis cattle.

They also offer IVF and donor housing services to other farmers in the area.

Boozman and his communications director, Sara Lasure, said that the ag tour helps to inform Boozman on agricultural operations throughout the state to help him when writing a new farm bill each year.

Boozman took an interest in 777 Farms' in-vitro fertilization and genetic techniques. Chad Daniel showed Boozman the machinery used during the extraction of eggs from female cows.

While looking at the machinery, Chad Daniel compared the way that the devices and ultrasound machines are used to playing a video game.

Chad Daniel also said that he and his wife are working on getting another bay installed for Texas Longhorn cattle, noting that it will have to be specially made so that it will not damage their horns.

Chad Daniel said, "Obviously the main focus in genetics right now is marbling. A lot of breeders are just focused on the one gene for marbling and doing that may cause issues somewhere else. Because of that, we make sure to focus on not just the gene that produces better marbling but also other genes that affect size, health, milk production and other factors that go into breeding healthy cattle." 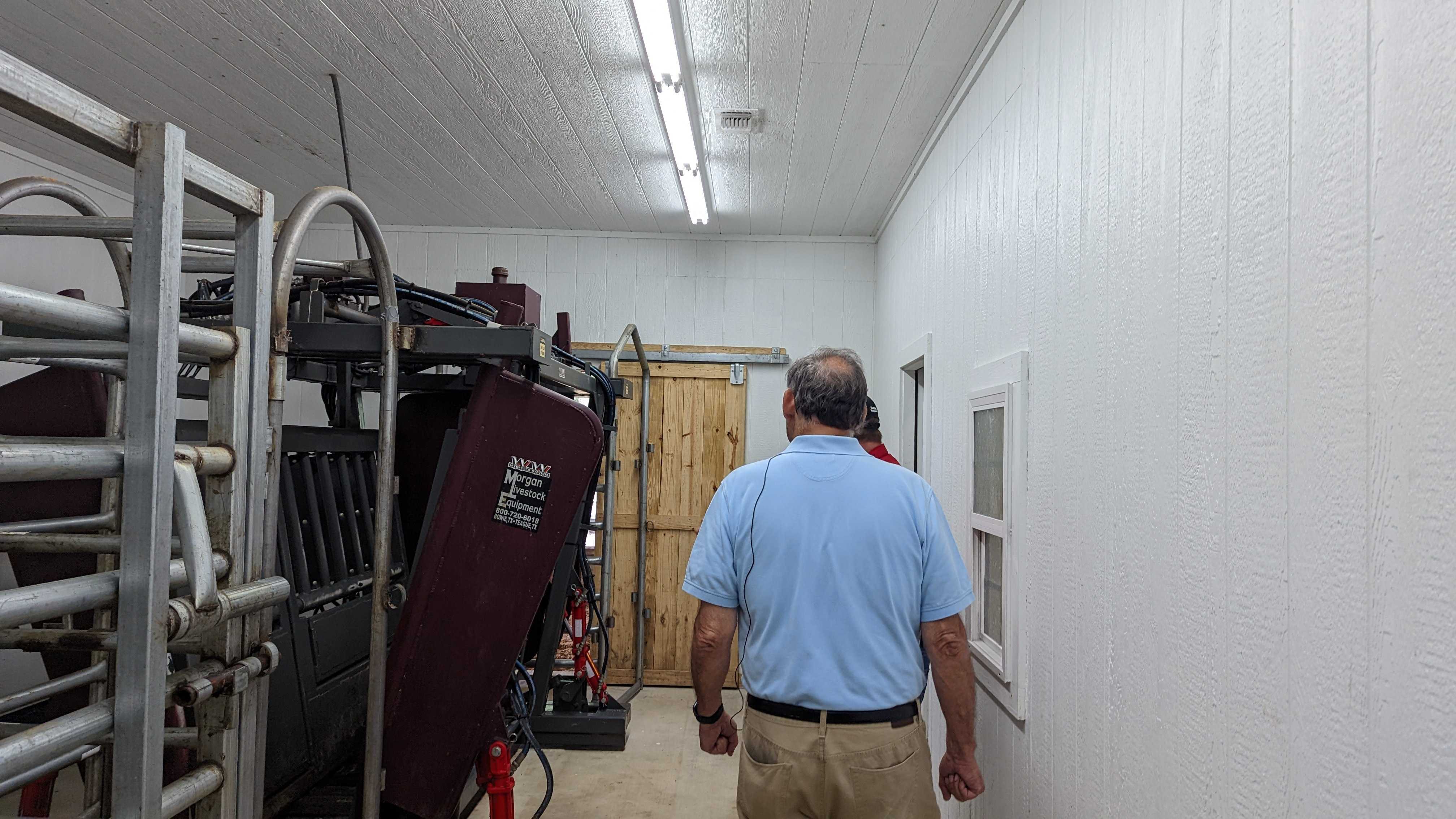 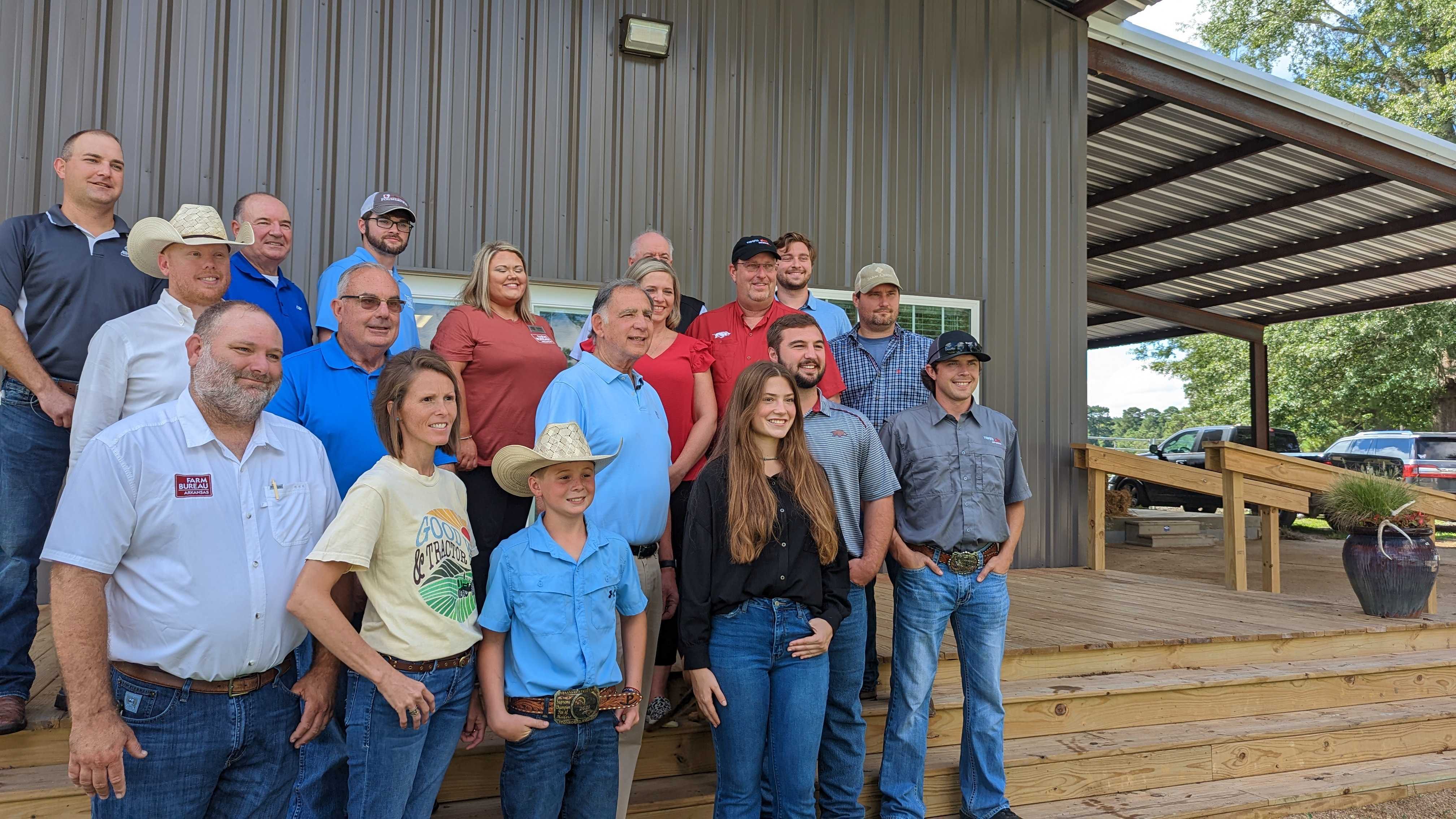 Senator John Boozman takes a group photo with constituents who came out to meet him. (Joshua Turner / Banner News)