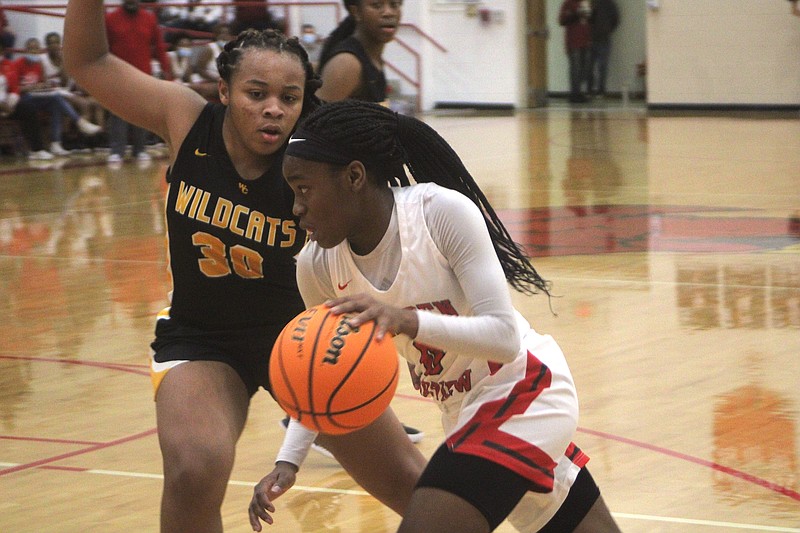 Photo By: Michael Hanich Camden Fairview guard Nicole Sander drives to the basket in the game against Watson Chapel.

The last time the Camden Fairview Lady Cardinals stepped on the court, they took third place in the 2021 Holiday Classic Tournament on their own court. Camden Fairview looked to follow their impressive performance in the tournament as they start 4A-8 conference play this past Friday night against the Watson Chapel Wildcats. The Lady Cardinals were going into this game short-handed, with some of their impact players being forced to quarantine due to COVID-19. Despite the slow start and finish, Camden Fairview held to beat Watson Chapel 36-35.

The Lady Cardinals tipped off the game shooting 3-of-10 in the first quarter. It took Camden Fairview almost three full minutes to get points on the board as they felt pressure from the Wildcats' defense. Their first field goal was an efficient three-point from forward Karmen Johnson. Watson Chapel, on the other hand, started hot on the offensive end of the court by shooting 4-of-6 as they took a 10-9 lead at the end of the first quarter.

Camden Fairview was able to force Watson Chapel to turn the ball over many times throughout the game. The Lady Cardinals only made 4-of-14 field goal attempts in the second quarter, with some of their missed shots being off second-chance rebounds. They could go into halftime with a 20-20 tied at the end of the second quarter.

After halftime, the Lady Cardinals came out with a highly productive series of shooting. Johnson, point guard Nicole Sanders, and guard Jayla Marks were the efficient scorers in the third quarter. Marks, who usually plays guard for Camden Fairview, was placed at the wing with forward Amiyah Davis out. She was more efficient in shooting near the wing as she stretched Camden Fairview's availability to score throughout the court. Camden Fairview outscored Watson Chapel 15-7 in the third quarter to take a 35-27 lead.

The defense of the Lady Cardinals was efficient enough to hold the Wildcats to shooting 3-of-9 in field goals. Watson Chapel continued to turn the ball over several times in critical moments. Camden Fairview was able to keep their foot on the pedal defensively as they forced Watson Chapel to make mistakes late in the game. The Lady Cardinals held on to win in their first conference game of the 2021-2022 season with a 36-34 score.

Forward Karmen Johnson was asked to fill multiple roles with other impact players out. Johnson led the team with 12 points shooting 4-of-12 and 2-of-6 from the three-point arc. She also accounted for five rebounds and six steals. Johnson was a player who constantly showed her toughness as the defense of Watson Chapel was all over her and getting physical by attempting some aggressive steals and non-called fouls. Johnson powered through to give Camden Fairview the performance they needed on both ends of the court to get the victory.

Point guard Nicole Sanders was a player that stepped up in small ball situations and played more aggressively. Sanders scored eight points shooting 3-of-8 in field goals and accounting for one rebound and six steals. She was a key defender at the top of the court as she forced a chunk of the Wildcats' 28 total turnovers.

Guard Jayla Marks stepped in a big way for Camden Fairview by playing a more traditional forward with Davis out. Marks scored eight points by shooting 4-of-7 in field goals. She made highly efficient shots near the wing instead of driving to the net like her previous role with Davis on the court. She made a bigger impact on the defensive end of the court by limiting Watson Chapel to taking shots from the three-point arc. 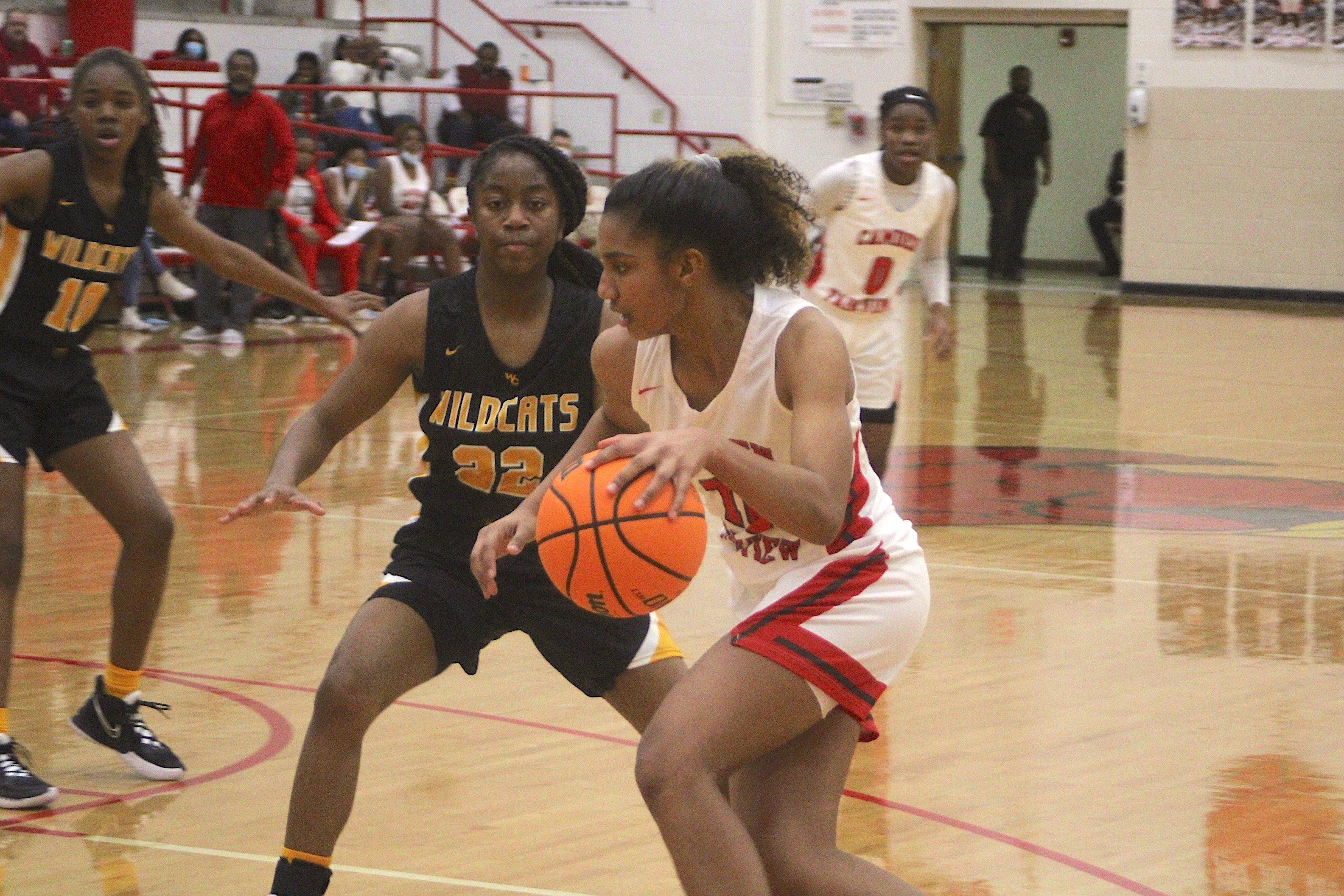 Photo By: Michael Hanich Camden Fairview forward Karmen Johnson drives to the basket in the game against Watson Chapel.