Camden Fairview Cardinals to face Monticello despite the AMI transition 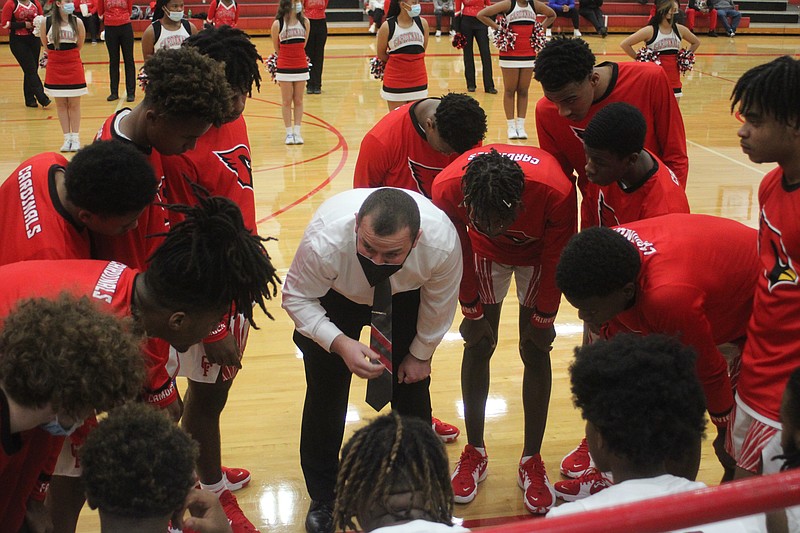 With the recent surge of COVID-19 throughout the state of Arkansas, threats of high school games being postponed abound.

The Camden Fairview Cardinals' basketball programs have seen several of their conference games postponed due to the impact of COVID on other teams.

On Thursday, the Camden Fairview School District made the decision to transition to AMI (Alternative Methods of Instruction) online classes through today. However, the Cardinals's boys and girls teams are still set to take on the Monticello Billies tonight.

The Cardinals were set to face the Crossett Eagles' junior varsity and varsity teams on Tuesday. The Lady Cardinals' game was postponed the morning of the game, but there remained belief the junior varsity and varsity' boys games were to still be played. Those plans were changed when an opposing coach announced he was diagnosed with COVID around 1 p.m. the day of the games.

The Lady Cardinals and Cardinals will play their first game since last Friday's matchups against the Watson Chapel Wildcats today. Last week, the Lady Cardinals defeated the Lady Wildcats in a tight 36-34 score where the defensive presence was strong for both teams. On the boys' varsity side, they will be coming off their first loss in over a month after losing 58-28 to the Wildcats.

The Camden Fairview Lady Cardinals (7-3; 1-0 in conference play) will be back at 100% tonight after some of their impact players were forced to quarantine. They will look to develop their small ball consistency outside of their stellar point guard Nicole Sanders. They are also looking to be more consistent in grabbing rebounds and scoring in the paint. Forwards Karmen Johnson and Amiyah Davis have made themselves huge contributors from the wing and at the three-point arc.

The Lady Cardinals will face a Monticello team that has an overall record of 1-10, with their only win being a 33-30 upset at Crossett. The Billies are only averaging 25.8 points per game this season behind a poor series of shooting performances and constant turnovers. On the defensive end of the court, the Lady Billies are allowing an average of 48.4 points per game. They have five games this season where they have allowed 50 or more points.

This is a game that the Lady Cardinals should take advantage of on both sides of the ball. This should also be a game where Camden Fairview can fix up some of their chemistry and consistency.

The Cardinals' boys varsity team is looking to rebound off a tough 58-28 loss to Watson Chapel last week where they could not create a spark on offense, defend efficiently or match the intensity of a red-hot shooting team. They will look to be more consistent in their ability to attack the basket and take more efficient mid-range jump shots. They will be relying on multiple different impact scorers outside of forward Trayeon King, guard Jymarion Hopson and forward Dalen Dandridge. Stretching the ball out and scoring at different areas on the floor seems to be their objective as an offense.

This Friday night, the Camden Fairview Cardinals boys team (6-4; 1-1 in conference play) will be taking on a Monticello Billies team (5-5; 2-0) that has been up-and-down in production. Monticello scores a high amount of points in certain games, as they have been able to score an average of 56.8 points per game in the ones they've won. Monticello is also a team that can find themselves on the wrong end of a blowout as they have been in losses decided by 33, 21 and 17 points.

Camden Fairview has a chance to start hot in this game against Monticello and keep their foot on the gas for the remainder to take home a win.