Who has the most pressure heading into the NFL Wild Card rounds? 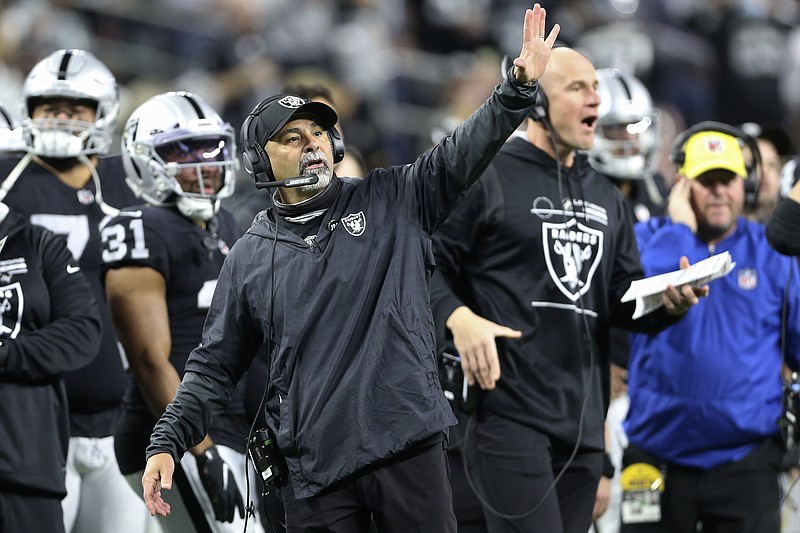 The 2021 NFL season is moving toward a huge postseason, with Super Bowl LVI set to conclude a wild year.

The individual facing the most pressure this Wild Card round is Las Vegas Raiders interim head coach Rich Bisaccia, who took over the temporary title of head coach after Jon Gruden was forced to resign on Oct. 11. To make matters worse for the Raiders, they had to release wide receiver Henry Ruggs III and cornerback Damon Arnette following significant felony charges and a firearm controversy, respectively.

Throughout the regular season, the Raiders has seen many distractions from off-the-field events that could have derailed the team and ruined their season. Bisaccia kept the team focused, leading the Raiders to a 7-5 record since taking over, including a 5-2 record after Week 12. They had a big 36-33 overtime win at the Dallas Cowboys in Week 12; a 23-20 win at the Indianapolis Colts in Week 17; and a 35-32 overtime win over the Los Angeles Chargers in the regular-season finale that clinched them a playoff spot.

The Raiders are in the NFL Playoffs for the first time since 2016 and it is all due to Bisaccia gathering his team to focus on their product on the field. He is the first interim head coach to lead a team into the playoffs since Bruce Arians, now the head coach of the Tampa Bay Buccaneers, led the Indianapolis Colts to the playoffs in 2012. He has certainly accomplished a lot after taking over a disorganized, but talented team.

His work as a interim head coach is not done, however; he must lead the Raiders on the road as a fifth-seed by taking on the three-seed Cincinnati Bengals, who are in the playoffs for the first time since 2015. Both the Raiders and the Bengals are the new kids on the block when it comes to recent playoff experience.

Bisaccia wasn't expected to be become a serious contender as the permanent head coach of the Raiders after the season. Their four-game winstreak to end the regular season and getting into the playoffs have changed that, though. His performance, as well as the team's production on the field, will help determine his value as the potential next head coach of the Raiders.

There will be serious pressure on Bisaccia to win the Wild Card matchup versus Cincinnati because of the great head coaching candidates that have become recent available.

The Miami Dolphins made a shocking decision to fire their head coach Brian Flores on Monday after he lead the team to a 19-14 record in the past two years. Flores is one of the top candidates to take over as head coach of the Chicago Bears, Minnesota Vikings, New York Giants, Houston Texans and other teams that have an opening for a head coach. General manager Mike Mayock might look into Flores before he is off the market.

Another head coaching candidate is former San Francisco 49ers head coach and current Michigan Wolverines head coach Jim Harbaugh. He has experience coaching for the Raiders as the quarterbacks coach for two seasons in 2002 and 2003. Harbaugh is coming off his best season in seven years with Michigan after leading them to the College Football Playoffs for the first-time in program history. Harbaugh has the itch to become a head coach in the NFL after spending seven years at the collegiate level.

In his four years as the head coach of the San Francisco 49ers, Harbaugh accumulated an overall record of 44-19-1. He has given the 49ers an NFC Conference title, a Super Bowl appearance and two other NFC Conference game appearances. Harbaugh resigned as head coach of the 49ers following the 2014 NFL season where the team accounted for an 8-8 overall record. There was a reported power struggle between the eccentric head coach and general manager Trent Baalke.

Bisaccia has a chance to define himself as the permanent head coach of the Raiders by advancing his team deeper into the playoffs with a big win over the Bengals. Las Vegas comes into this game as the 5.5-point underdog against a young and energetic Bengals team that has explosive playmakers on the offensive side of the ball. The Raiders are not looking into a Super Bowl or bust mentality this postseason, but Bisaccia is.

Print Headline: Who has the most pressure heading into the NFL Wild Card rounds?