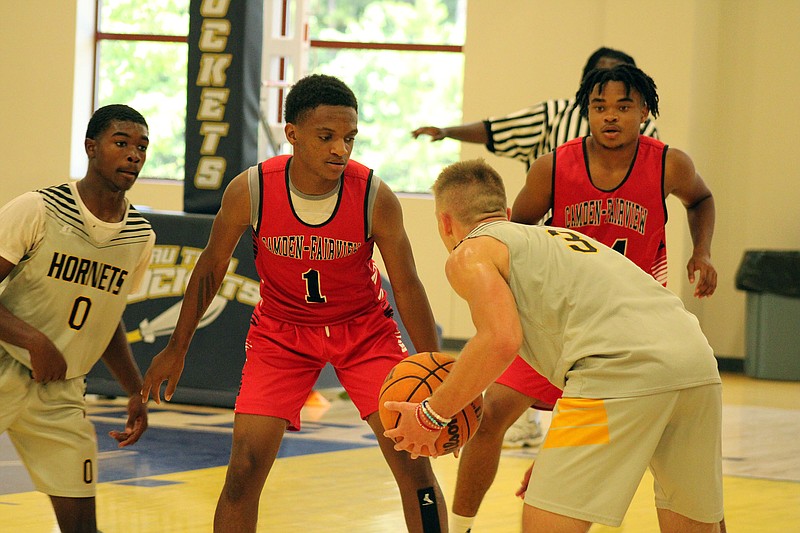 High school basketball teams are taking the summer to prepare for the 2022-2023 season, from working on their chemistry as a team to practicing the fundamentals.

On Friday, SAU Tech hosted a team basketball camp for four south Arkansas teams including the Camden Fairview Cardinals and the Harmony Grove Hornets. The two other teams that participated in the camps were the Hampton Bulldogs and the Woodlawn Bears. All four teams competed against each other through six games at SAU Tech.

This was a chance for each team to get out of their own courts and play in an exhibition game where they were not pressured to over prepare. The camp also give the four teams a chance to measure how much they have developed and progressed during the off-season.

The Cardinals and the Hornets had a chance to face each other on the court this week.

Cardinals guard Jymarion Hopson and Hornets guard Landon Garrett kicked off the matchup by trading buckets. Camden Fairview took advantage of several turnovers from Harmony Grove, while the Hornets took the Cardinals to the free-throw line.

The Cardinals took a 22-15 lead over the Hornets at halftime in an exciting defensive battle. Camden Fairview eventually found a more consistent shooting rhythm and were 6-of-9 in field goals in the second half. Camden Fairview finished with a 39-21 win over Harmony Grove in a game where both coaches were pleased with the results, but acknowledged there was a lot to fix up.

Camden Fairview's Jymarion Hopson scored nine points, shooting 4-of-9 in field goals while also accounting for two rebounds. Harmony Grove's Landon Garrett led the game with 14 points, shooting 6-of-8 in field goals. He also accounted for three steals, two assists and one block. Garrett was a player who founds different paths to getting points on the board and was one of the most electrifying playmakers on the court, along with Davonta Hubbard.

"It's wonderful to get the kids out and to see where they're standing -- get our development, find the things that we need to work on. You get tired of playing against each other. You want to get out and see some other teams. This is good for the local team to get out of play and support each other. So you take it the same way and the coaches to in this system (SAU Tech) get to see how kids play in this this type of atmosphere. So it's good all the way around," Jackson said.

Potts said the games followed the first few practices for the Hornets this off-season.

"We just kind of started last week, and we've only had one practice and one open gym. We've got a lot of kids out, but the ones that are here, I've been really pleased. They just they're working hard and they're starting to buying what we're trying to do. It's just gonna be a major culture change," he said. 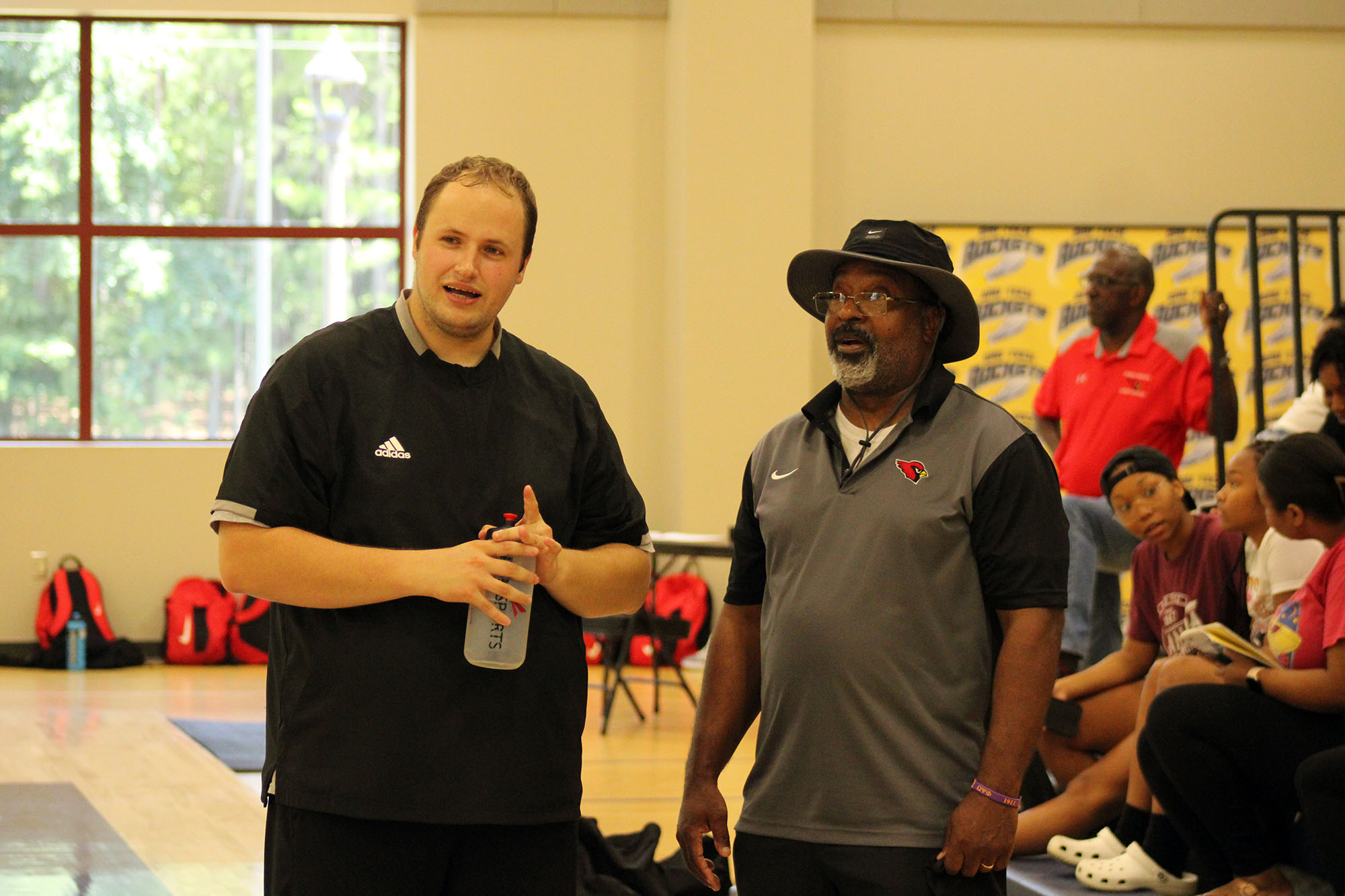