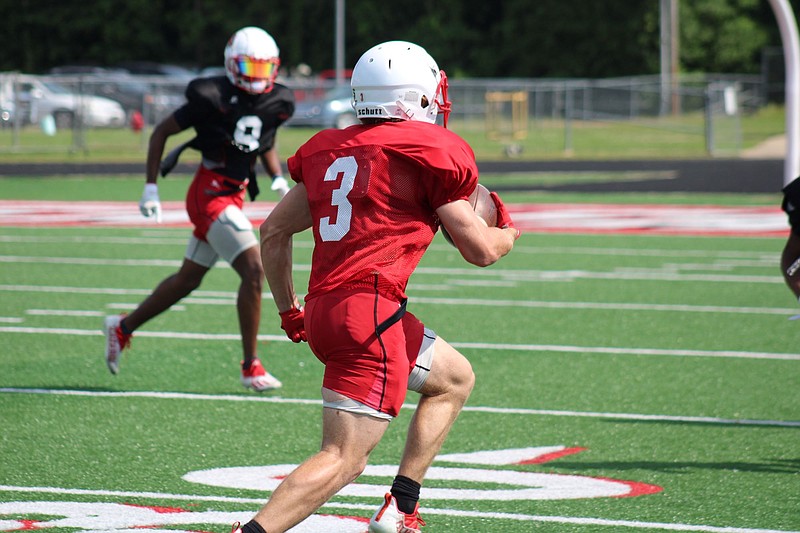 Last season, the Camden Fairview Cardinals became one of the most surprising offenses in the state of Arkansas' 5A Class. The Cardinals had one of the most well-balanced offenses in 5A as they possessed a high-power passing offense, a dynamic run game and a deep and experienced offensive line. The offense propelled them to a 10-2 season, their first conference title since the 2013 season, and a trip to the second round of the playoffs. Camden Fairview lost some key talent during the off-season, but they return enough high-caliber playmakers to be back in the fold of high-power scoring.

The Cardinals averaged 39.9 points in 12 games this past season. They had six games where they accounted for at least 40 points and three games where they scored at least 50 points. Offensive coordinator Lance Stone created an offense where they benefited from the experience of the older players and the talent and potential of the young players. Among some of these young players was junior quarterback Martavius Thomas.

The offensive line was led by two elite offensive tackles in Timothy Dawn Jr. and Mark Welch, who signed with the University of Baylor and Central Arkansas on Early National Signing Day. They were a reason why the outside run game of the Cardinals was highly successful. Camden Fairview averaged 214.8 rushing yards per game and 2.5 rushing touchdowns per game behind a dynamic power-run game behind running backs Ja'Toney McGhee and Ja'Coriae Brown. Thomas' ability to scramble and play in an RPO-style was another indication of the Cardinals' successful run game.

With the Cardinals having to replace their top-three running backs and three starting offensive linemen, including Dawn and Welch, they could rely more on their inside run game. They have the size and talent up front in their interior offensive linemen, returning starting center Landon Morgan and guard Shamarion Walker.

The passing game for Camden Fairview looks to return to it's prime form last season for an offense that averaged 278.5 passing yards per game. Thomas accounted for the third-highest passing yards in Arkansas' 5A Class with 3,257 yards and fourth in 5A in touchdowns with 34. He had a solid connection with senior Brandon Copeland, who caught 71 receptions for 1,246 yards and 17 touchdowns last season.

While the loss of Copeland is significant, the Cardinals return of Thomas' other top targets from last season in junior Jarvis Reed and junior A.J. Alsobrook. Reed is a deep vertical threat who caught 34 receptions for 658 yards and six touchdowns, while Alsobrook is a diverse and reliable route-runner who caught 41 receptions for 645 yards and four touchdowns.

Reed was 14th in state 5A play in receiving yards, while Alsobrook was 16th in state 5A play. They will be two of the most experienced players at receivers returning for the 2022 High School Football season. Only three players who accounted for more receiving yards are returning for this upcoming 2022 season. Two of those players are from Pulaski Academy. The Cardinals will also bring in reliable playmakers at receiver that played for other schools last season.

The biggest question for their offense is having to replace the same impact at running back as Toney and Brown brought last season. Camden Fairview will be a team that will possess one of the elite offenses in the state's 5A Class this upcoming season.

Print Headline: Camden Fairview Cardinals set to be one of the top offenses in 5A