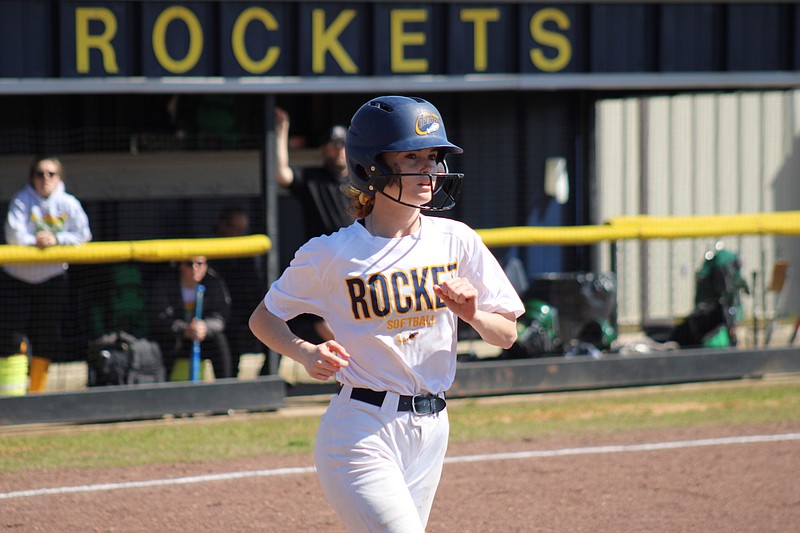 Photo By: Michael Hanich SAU Tech outfielder Anna Cox walks to first base in the game against John Wood C.C.

This 2022 College Softball season was a critical year for the SAU Tech Lady Rockets. This was a year for them to test themselves and see how far they have come as a program in their third season. The Lady Rockets battled through some tough challenges, but they entered the NJCAA Division II Region II Conference Tournament as the number three seed.

After a tough round one 13-5 loss to the National Park College Lady NightHawks this past Friday, the SAU Tech responded big by taking down South Ark Lady Stars 17-11 and the NightHawks 16-15 in nine innings on Saturday. This win over South Ark was the program's first-ever playoff win.

After a solid win over the Lady NightHawks, SAU Tech went into the regional finals to take on one of the best teams in the country in the Murray State College Lady Aggies. The Lady Rockets competed with the juggernaut team through seven innings but lost with an 11-4 score.

While the Lady Rockets ultimately fell short of reaching their first-ever national tournament appearance on top of an already program-building season, the Lady Rockets showed they will be a team to fear in the future. After a tough 13-5 loss to the NightHawks in round one on Friday, the Lady Rockets looked to regroup as they had a rematch on the following day.

The Lady Rockets easily took down the South Arkansas C.C. Lady Stars with a 17-11, the most points they have scored in a game all season. SAU Tech advanced to the semi-finals in a rematch versus the Lady NightHawks. In a high-scoring affair that lasted up to the ninth inning, the Lady Rockets needed a clutch hit to knock off NPC. It was then that freshman pitcher Raley Sullivan hit a two-run walk-off home run to clinch the 16-15 win. That home run from Sullivan was her first home run in her collegiate career.

In the regional finals, the Lady Rockets had the motivation to potentially knock off their conference rival in the Lady Aggies, but fatigue caught up to them as they fell 11-4 in seven innings. The Lady Rockets end their 2022 season with an overall record of 21-19, their first winning season in program history. They accomplished many firsts in their third-ever season, their second full season. They accomplished their first winning season, first regional tournament appearance, and first-ever playoff win in program history.

For the second consecutive season, sophomore outfielder Anna Cox was named to the All-Region team. Freshman outfielder Megan McCartney was also named to the All-Region team for the first time in her collegiate career. With most of these high-caliber and efficient players returning for the following season, the SAU Tech Lady Rockets could be even better as they look to reach bigger heights. 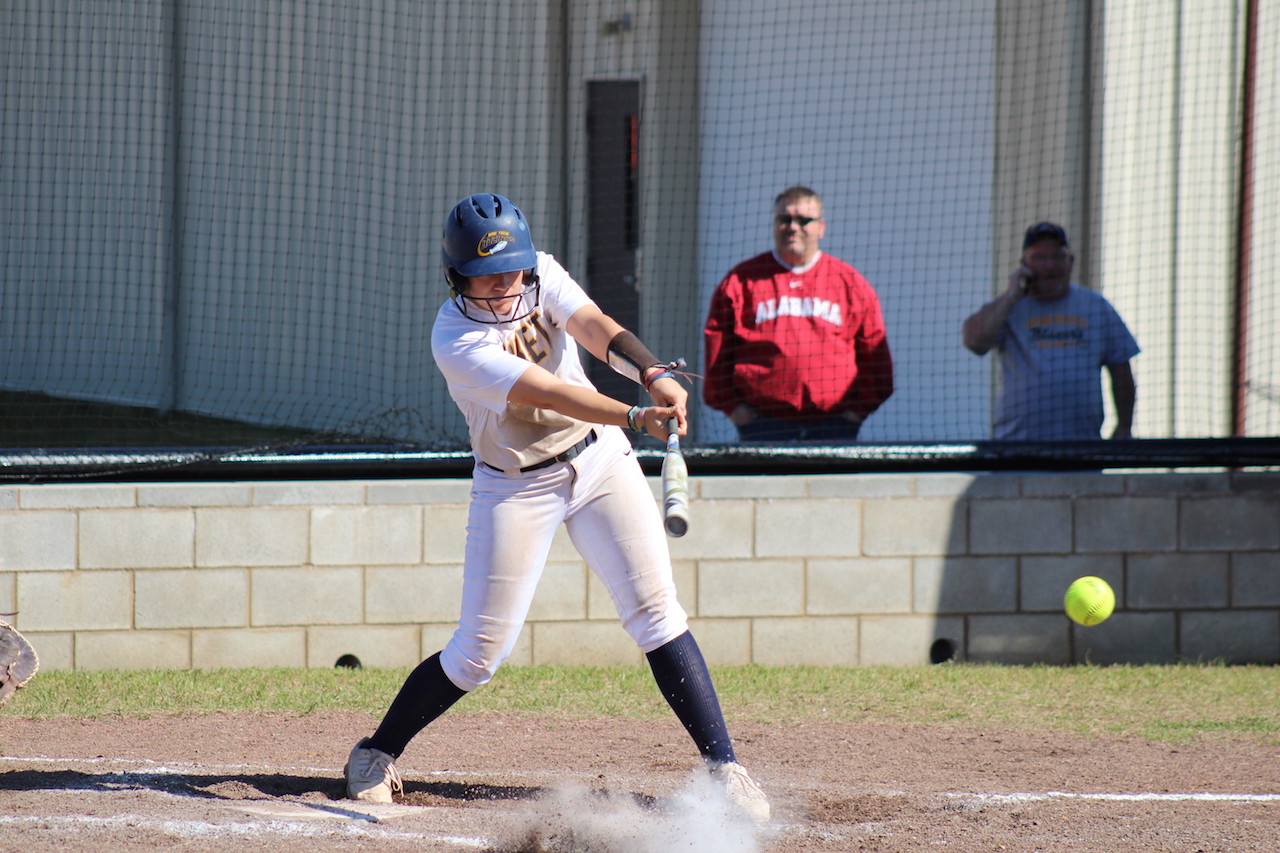