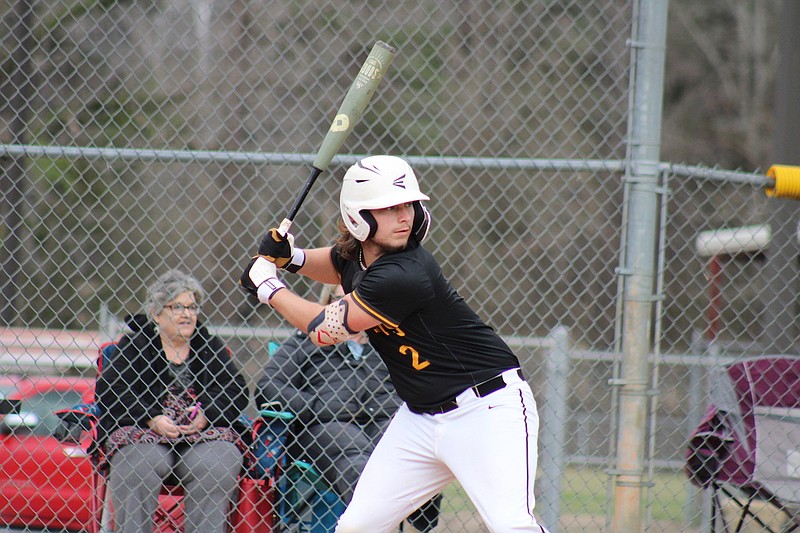 Photo By: Michael Hanich Harmony Grove shortstop Bradley Launius up to bat in the game against Warren.

The 2022 high school baseball season was a big one for the Harmony Grove Hornets, who had one of the best performances in the state's 3A division.

The Hornets came out of the regular season as 3A-8 regional champs after accounting for an overall record of 23-5-1 (11-1 in conference play). Harmony Grove entered the 3A Regional Tournament in Ashdown with one of the best records in the state. After a strong regular season, the Harmony Grove (Benton) Cardinals upset the Hornets with a 7-6 score.

Despite a shocking first-round exit, the Hornets had a tremendous 2022 season, and many players came through with incredible performances.

This Hornets team was composed of seniors, juniors and sophomores who showed that they were one of the most complete teams in the state. Many of these players are in serious contention for the 2022 3A-8 All-Regional team.

These are the Camden News's picks for top performances this season among the Hornets:

The Hornets have a lot of young, elite starters on their team, but the player who has led them this season and in the past is senior shortstop/pitcher Bradley Launius. The SAU Tech Rockets signee's consistency and versatility throughout the field have made him the most valuable player this season for the Hornets.

Launius is 6-1 for the Hornets, as he was also one of the most consistent pitchers in 49.2 innings pitched and 913 pitches thrown. He allowed 47 hits, 37 runs and 23 walks all season while delivering 79 strikeouts (the most on the team).

His consistency in the batting and pitching game, along with his leadership and play-making abilities, especially at shortstop, made him one of the best overall players in the south Arkansas region.

The Hornets had many talented and established batters this season, but junior outfielder Lane Davis was one of the most consistent.

Davis was highly consistent throughout the season as he played big in tournaments and against teams with more efficient pitching. In the Ouachita Tournament, Davis accounted for two runs, four hits and three RBIs in 12 at-bat appearances.

The Hornets had one of the best depths in the pitching game in the south Arkansas region. Launius and junior Braden Brown deserve serious credit for being efficient throughout the season, but junior Gabe Johnson was the most outstanding pitcher this season.

Sophomore catcher Caleb Johnson is a star in the making as one of the best players for the Hornets. On top of his impressive batting performance, Johnson is also a highly efficient defensive player for Harmony Grove. He is a player who doesn't allow fielding errors from wild pitches often thrown his way.

For a player that gets the ball thrown his way every play, he has only allowed four errors throughout the season. Caleb Johnson leads the Hornets in fielding percentage at .979 and putouts at 161. He has also accounted for 22 assists and two double-plays. 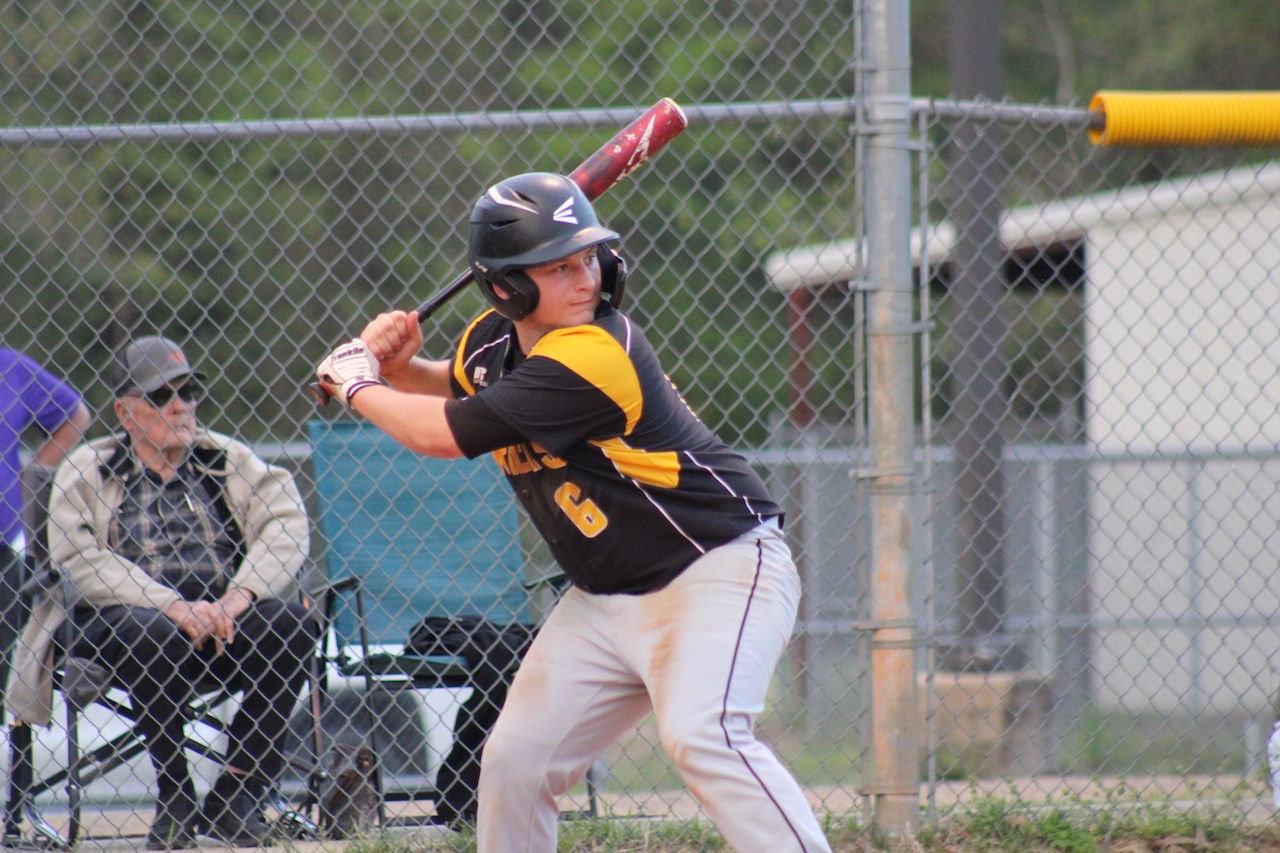 Photo By: Michael Hanich Harmony Grove outfielder/pitcher Lane Davis at the plate in the game against El Dorado. 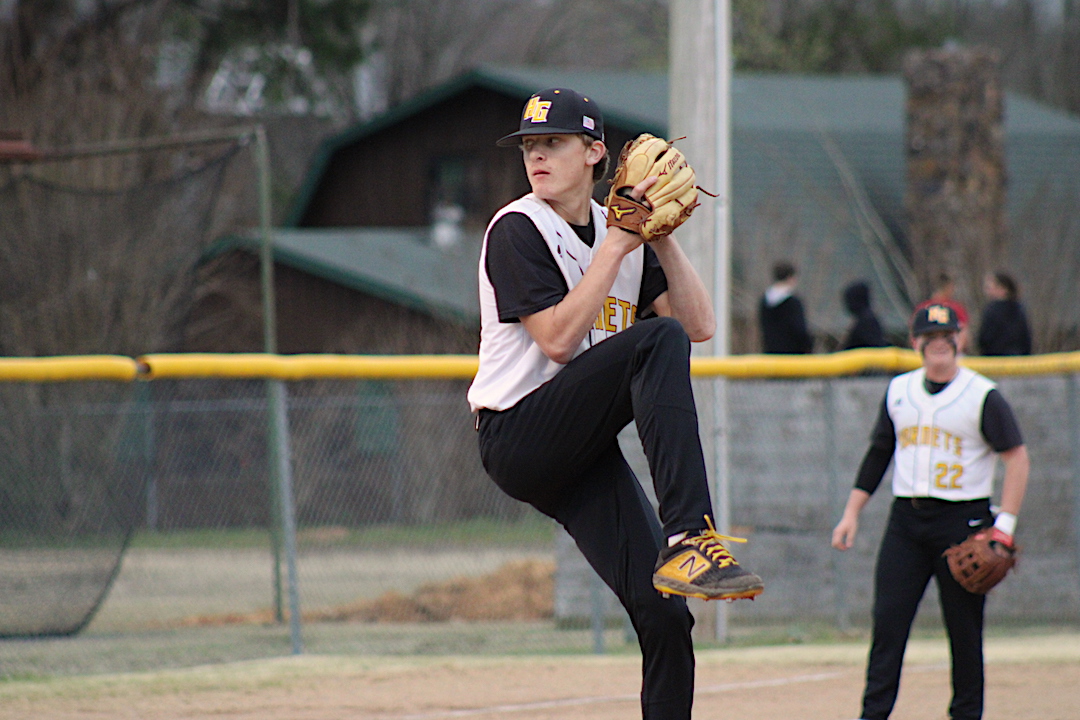 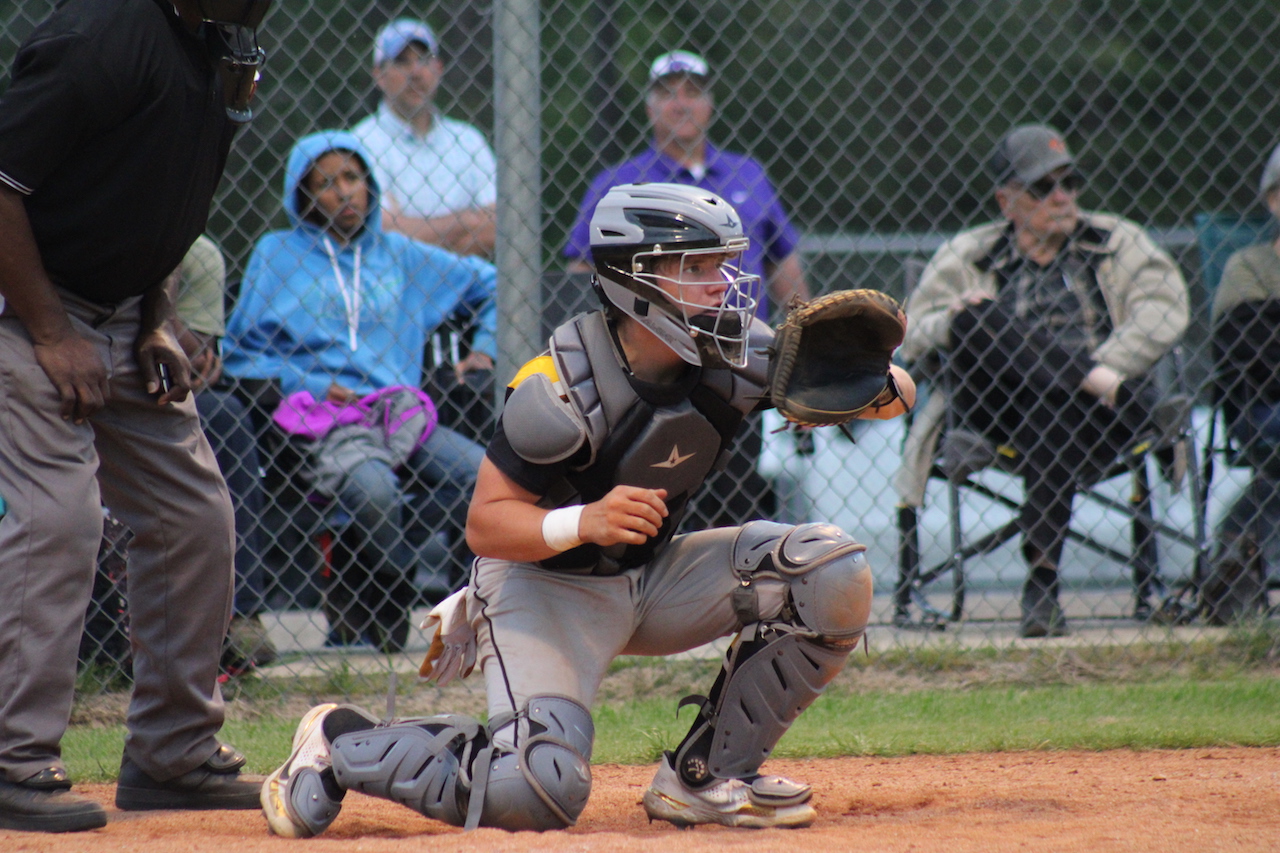 Photo By: Michael Hanich Harmony Grove Hornets catcher Caleb Johnson gets set to catch a pitch in the game against El Dorado.