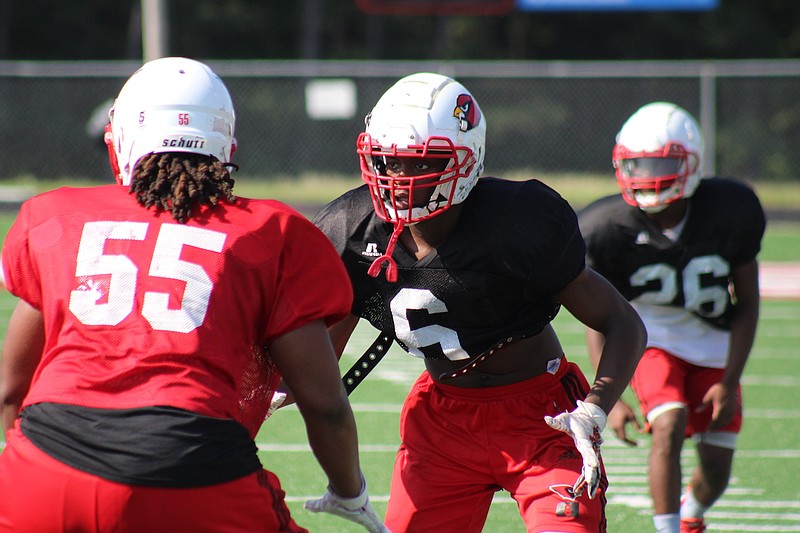 The Camden Fairview Cardinals have started their second week in their spring football training session with the school year almost over. This past Monday's football practice was the first practice that included the Cardinals' baseball team players. This spring training will highlight several position groups that have many questions for their coaches to solve or position groups that will feature serious depth and talent.

Going into the 2021 high school football season, the Camden Fairview reloaded at each position at the defensive line. The Cardinals finished the 2021 season with the conference defensive lineman of the year in defensive end Jacovey Barker and an all-state selection in defensive tackle Mark Welch. The two of them accumulated 49 tackles for loss and 23 sacks last season for the Cardinals.

Although it is only spring, Cardinals defensive coordinator/defensive line coach Devin Ball feels more confident in the new starters along the defensive line and the depth. The Cardinals return defensive end Kameron Easttam as the lone starter from last season. Easttam is a hybrid edge rusher who attacks the line of scrimmage from a two-point stance. Last season, Easttam accounted for 48 total tackles, 47 solo tackles, 23 tackles for loss, five quarterback hurries, and 3.5 sacks. After practice on Monday, coach Ball said of Easttam by saying, "he makes us tick. He's got the biggest motor I've had out here and maybe my whole stint, and with a guy like that his leadership, the sky's a limit upfront."

While Easttam is the player the Cardinals can feel confident in setting the edge with, they are just as confident with the development of D.J. King at the strongside defensive end. King is a player who was one of the most vocal defensive leaders in the Cardinals' practices. He was also a player that constantly crashed into the backfield, causing the quarterback to scramble or break up a play.

King has taken a huge step this off-season as his time has come to be a full-time starter. Coaches and fellow teammates have claimed that he is the player who progressed the most in the weight room. King possesses the violent mentality to attack the line of scrimmage, the speed to quickly the offensive tackle at the edge, and the flexibility and strength to attack inside.

Last season, King accounted for 15 total tackles, four tackles for loss, and three sacks. After practice, coach Ball said of King, "our motto is to reload, and I'm about a year ahead every year that can be on that star guy, and everybody knows I'm talking about, that's D.J. King. He has the potential to be able to the very least cut into about three-fourth of the production we got out of Barker."

What was a weakness last year in the defensive line is now a huge asset as the Cardinals possess many talented players to fill in for tired or injured players. This is a defensive line that is experienced and is hungry to make plays in the backfield. To do so, they must win at the line of scrimmage. Most of these defensive linemen, including the edge rushers in Easttam and King, are not afraid of physicality; they embrace it. 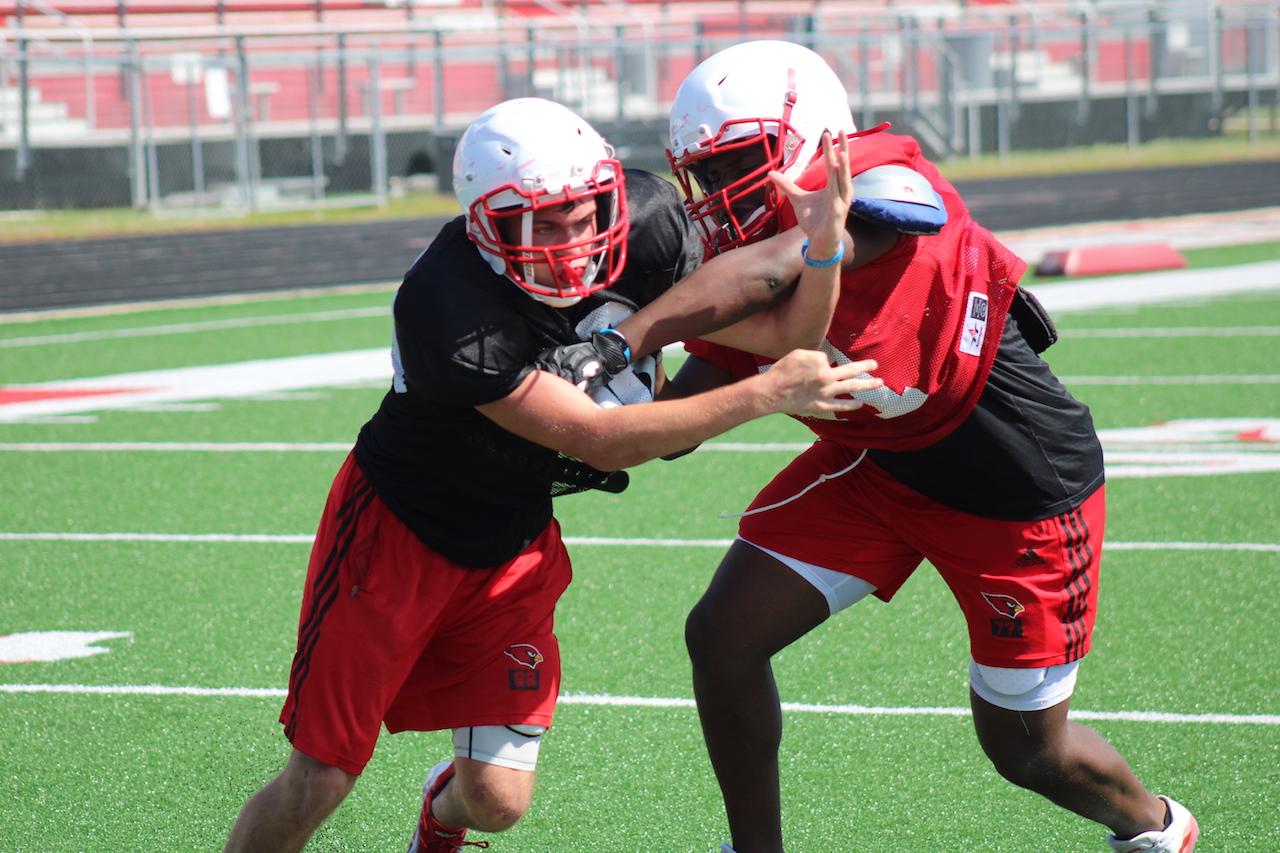 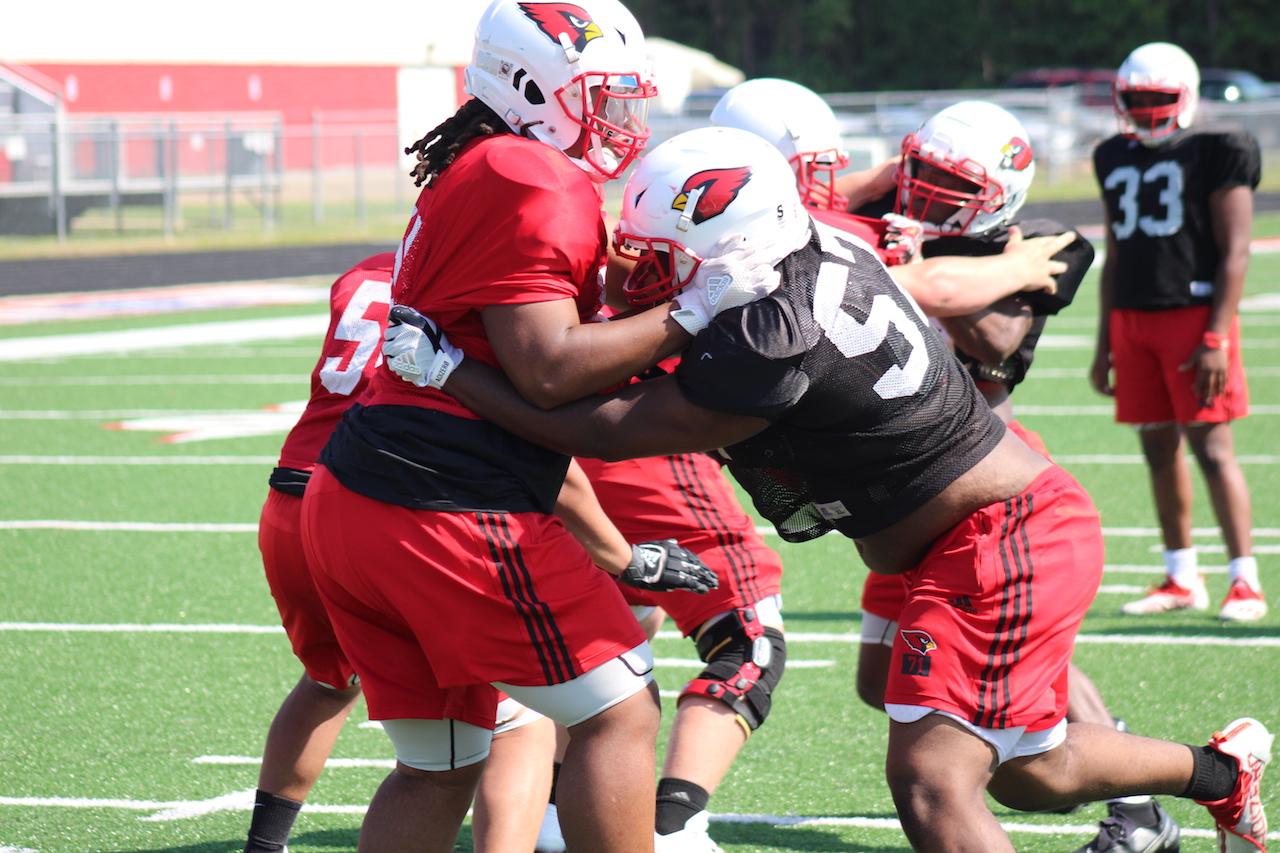