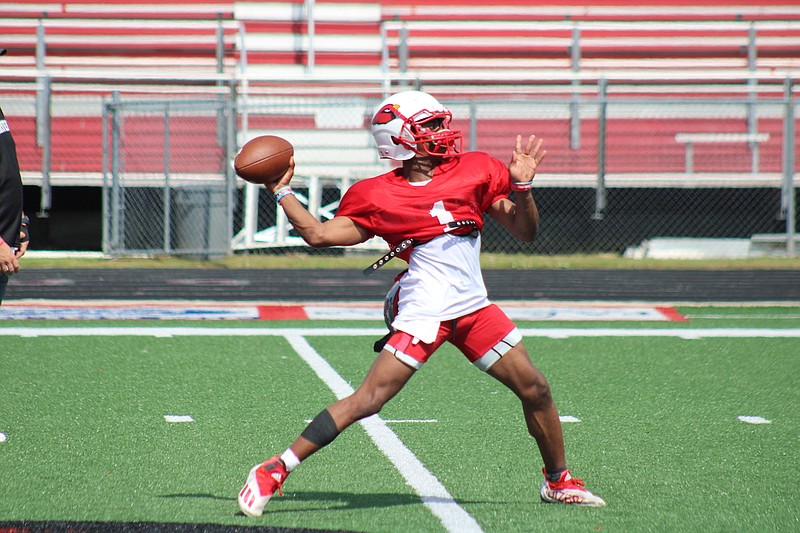 Two weeks into the spring preparation for the 2022 football season and the Camden Fairview Cardinals are feeling the heat, physically and metaphorically. The sun is making for brutal practices as the temperature continues to rise to the mid-90's. It doesn't help that the AstroTurf field makes the field significantly warmer.

All of Camden Fairview's players are looking to get back into playing shape, but a couple of football players that have had a more difficult challenge are the Cardinals baseball players.

While most of the Camden Fairview football players have been working out in the weight room or on their own on the field, players like wide receiver A.J. Alsobrook, quarterback Grant Jeffus, center Landon Morgan and quarterback Martavius Thomas have been doing double duty as they play for the Cardinals baseball team.

Since the first game of the season from March 3 to the first round of the regional tournament on May 6, these four players have been practicing and playing baseball.

The four baseball players were not a part of some of more the rigorous and aggressive workouts that their fellow teammates in football have been putting in. But, after the Cardinals lost in the first round of the regional tournament to the Fountain Lake Cobras on May 6, the players jumped back into the grind of spring football three days later.

Tuesday's practice was the first time that all of the baseball players took part in the first-team reps, with the exception of Jeffus, who leads the second-team offense. All four of these players have a bigger challenge of trying to adjust from the composed playstyle of baseball to the aggressive physicality of football. The physicality, the weather and their missed practices in the spring training all play a role in the baseball players' having to adjust more in the practices.

Center Landon Morgan, who was the designated hitter for the Cardinals' baseball team, will be one of the leaders of the offensive line. He went immediately from the baseball field to the front-lines of the Cardinals' offense on football through the weekend. Morgan was an All-Conference selection last season for the Cardinals' football team and he will be a junior in the fall.

"You know, it's going to take time, everything takes time. I think we have good potential this season, we just got to work for it. No days off," Morgan said after Tuesday's practice.

He acknowledged the time it will take to get back into football shape, but said he is also looking forward to getting better every day during the off-season. Morgan is going to be key to the Cardinals' inside rushing game as their lead blocker with several seniors gone.

Thomas also knows he has an uphill battle to get back in the groove of football as he spends time redeveloping his chemistry and connections with his fellow pass-catchers. He will have to quickly learn plays under offensive coordinator Lance Stone after spending the first week of spring training preparing for the regional baseball tournament.

Thomas is no stranger to balancing his extracurricular activities since his early years of playing sports. He has been successfully juggling baseball camps during the summer and late fall seasons as well as throwing the football during the off-periods of baseball.

The biggest difference for Thomas this season is that it will be his last for the Cardinals. He is going to juggle baseball and football, college preparation, as he is committed to the University of Arkansas for baseball, and his senior year of high school.

He will look to take the process of his senior year one day at a time. For the remaining week and a half of spring football training, Thomas's goal is build back the chemistry and playing mechanics of football.

"It's definitely tough from actually playing a game last Friday then coming to the gridiron on Monday. Coach Vaughn does a great job of not overworking me, so I won't get burnt out or no risk of injury," Thomas said after practice Tuesday.

He went on to describe the balancing act he's managing between his responsibilities.

"It'll be even more of a challenge for me in the summer. My actual first baseball tournament is June 3, so I'll have to balance all my tournaments, scouting events and prospect evaluations, while balancing interviews, getting ready for the baseball draft of next year, while still coming back to practice and get ready for war with my football guys," he said.

While it will take time for the four baseball players to get adjusted to the rhythm of football, they will look to win every day, one rep at time. 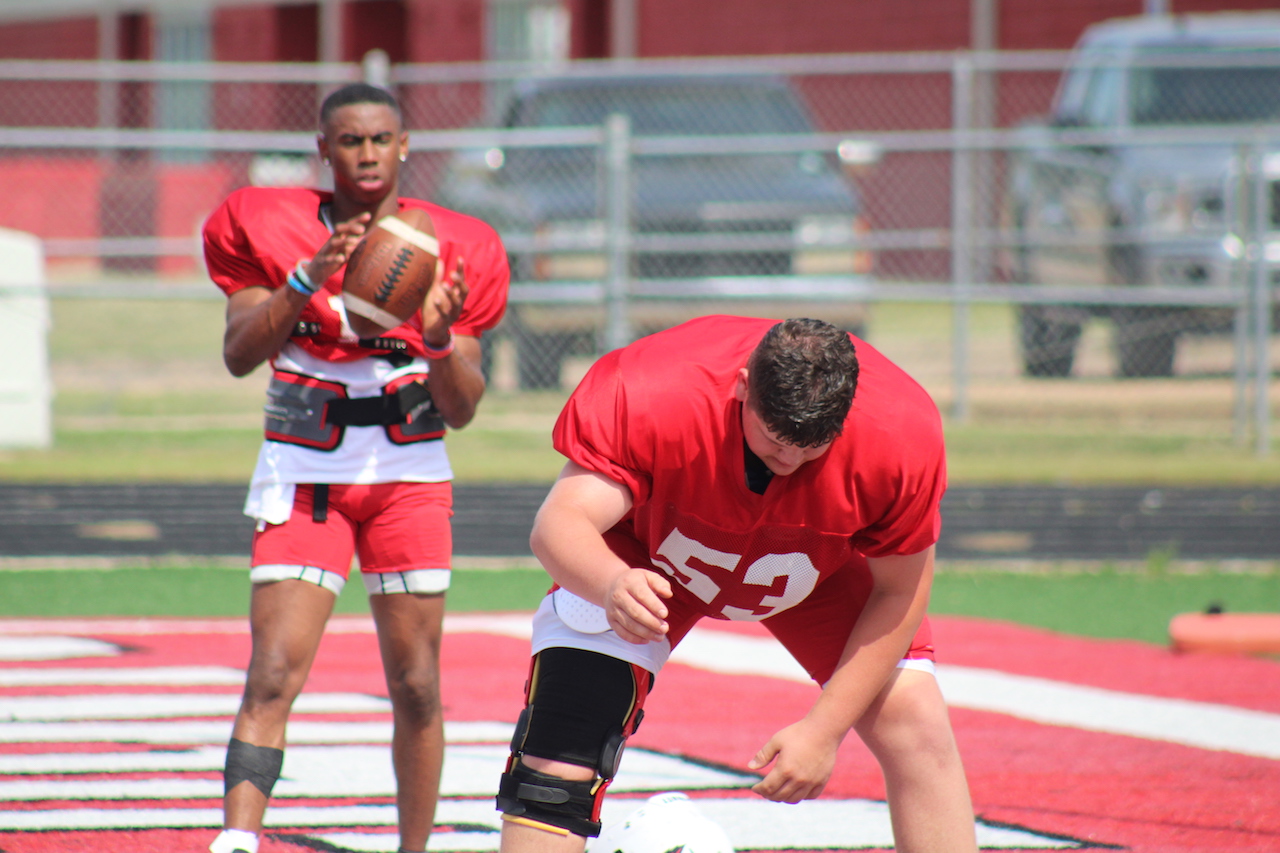 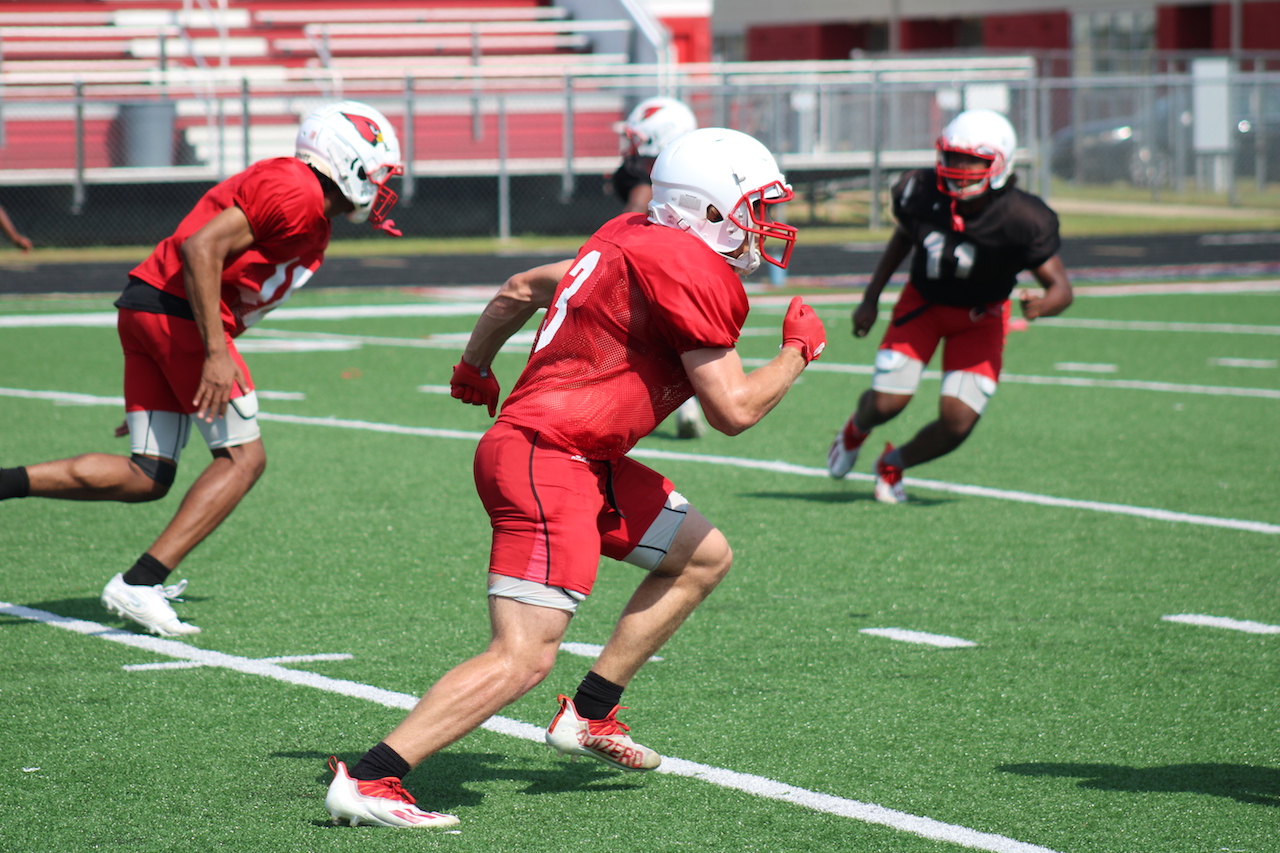