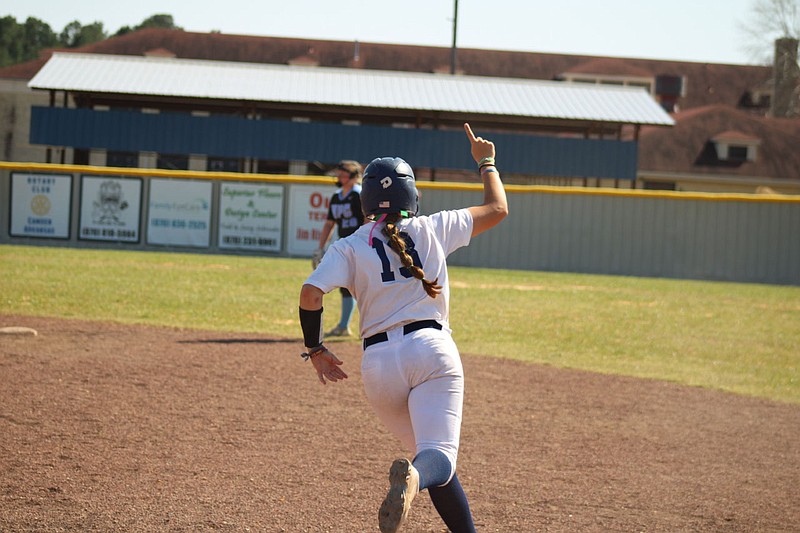 The Lady Rockets pushed through obstacles that broke barriers as a young program. SAU Tech had a dynamic and talented team full of contributors that helped them account for their first winning season in program history. These players have gotten recognition for their high-caliber contributions that helped them finish the 2022 season with an overall record of 19-17.

Here are the Camden News's picks for the top performances from the SAU Tech Lady Rockets:

Many players for the Lady Rockets contributed to the successful 2022 season. Several players made a huge impact in the batting game and an impact in the fielding. One player who impacted every portion of the game was freshman outfielder Megan McCartney.

McCartney accounted for 40 hits, 26 runs, four double-base hits, five home runs, 21 RBIs, 15 walks, 22 stolen bases in 105 at-bats. She averaged a batting average of .381, an on-base percentage of .472, and a slugging percentage of .600. She was one of the most consistent power-hitters and base runners this season for the Lady Rockets. She was also one of the more reliable fielders for SAU Tech this season. McCartney accounted for 70 putouts on 84 total chances.

She was named to the All-Region team for her stellar play throughout the 2022 season. McCartney's best game of the season in the regional tournament semi-finals 16-15 win over National Park College by accounting for three runs, two hits, one home run, two RBIs, one walk, and two stolen bases.

One of the best attributes for SAU Tech going into the 2022 season was their high number of reliable power-hitters. While some players contributed high numbers, sophomore outfielder Tatyana Tramble after a batter who performed at an elite level all season.

The pitching game was one of the biggest question marks for the Lady Rockets coming into the 2022 season. It took some time, but SAU Tech found its rhythm in the pitching game, as did freshman Jordyn Standley. In 28 appearances, Standley started in 14 of them. She had four complete games as the starter. In 105 innings pitched, Standley accounted for the lowest ERA at 3.73 by allowing 116 hits, 78 runs, and only 18 walks while accounting for a team-high 59 strikeouts. One of her best performances of the season came in the 7-0 victory at South Arkansas C.C., when she only allowed four hits while delivering six strikeouts in seven total innings.

The Lady Rockets had several leaders all season, especially from their sophomores. One leader that stood out the most on defense was freshman shortstop Morgan Cruse. As a shortstop, Cruse is responsible for being a defensive leader of the Lady Rockets. In 36 games played, Cruse led the team in putouts (112), as she also accounted for four assists and three double-plays.

Another player named to the All-Region team for the SAU Tech Lady Rockets was sophomore outfielder Anna Cox. Cox has a different playstyle from most of her fellow power-hitting teammates, as she can get on base through the perfect timing of her swings. In 107 at-bats, Cox accounted for a team-high 40 runs, a team-high 51 hits, seven double-base hits, two triple-base hits, 18 RBIs, a team-high 19 walks, only five strikeouts, and a team-high 37 stolen bases. She finished the season with a batting average of .477, a team-high on-base percentage of .563, and a slugging percentage of .579. 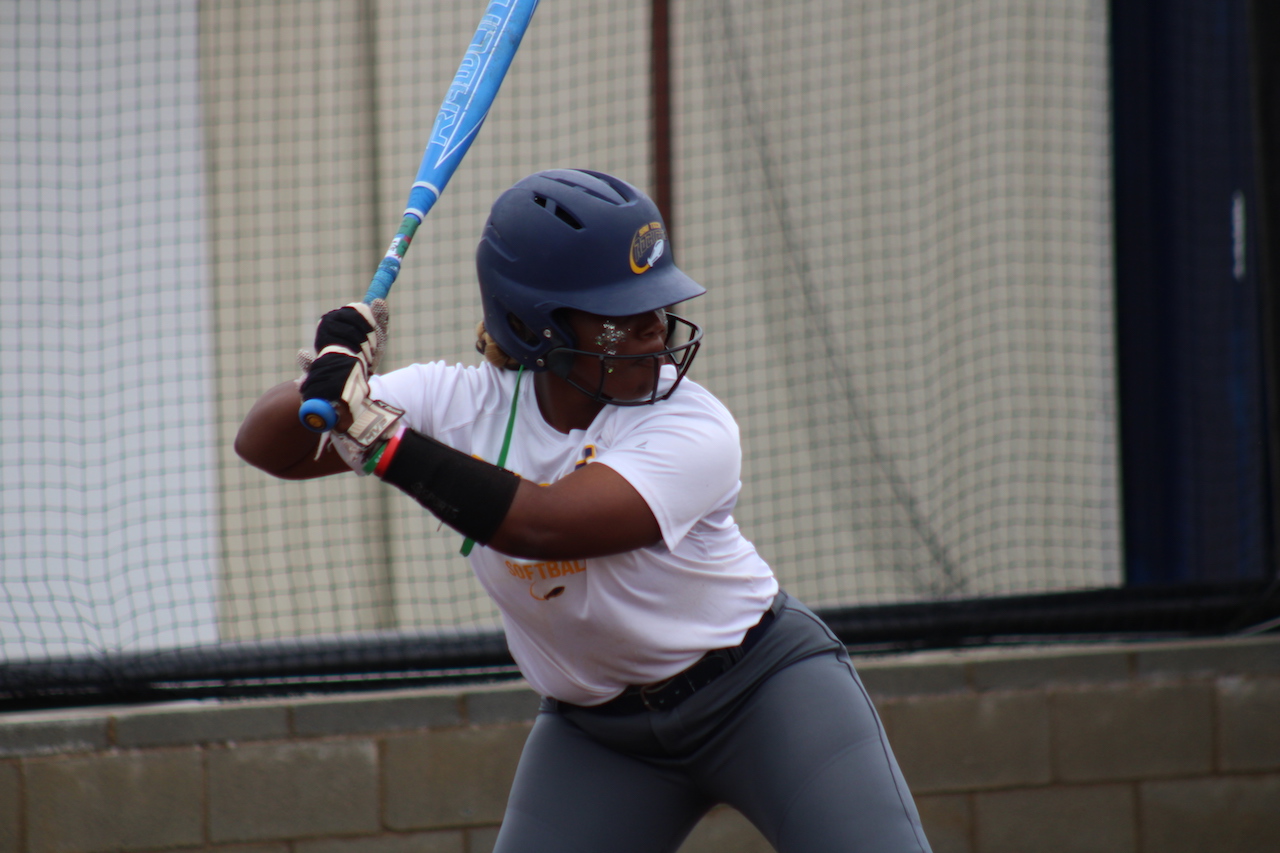 Photo By: Michael Hanich SAU Tech outfielder Tatyana Tramble up to bat in the game against South Ark. 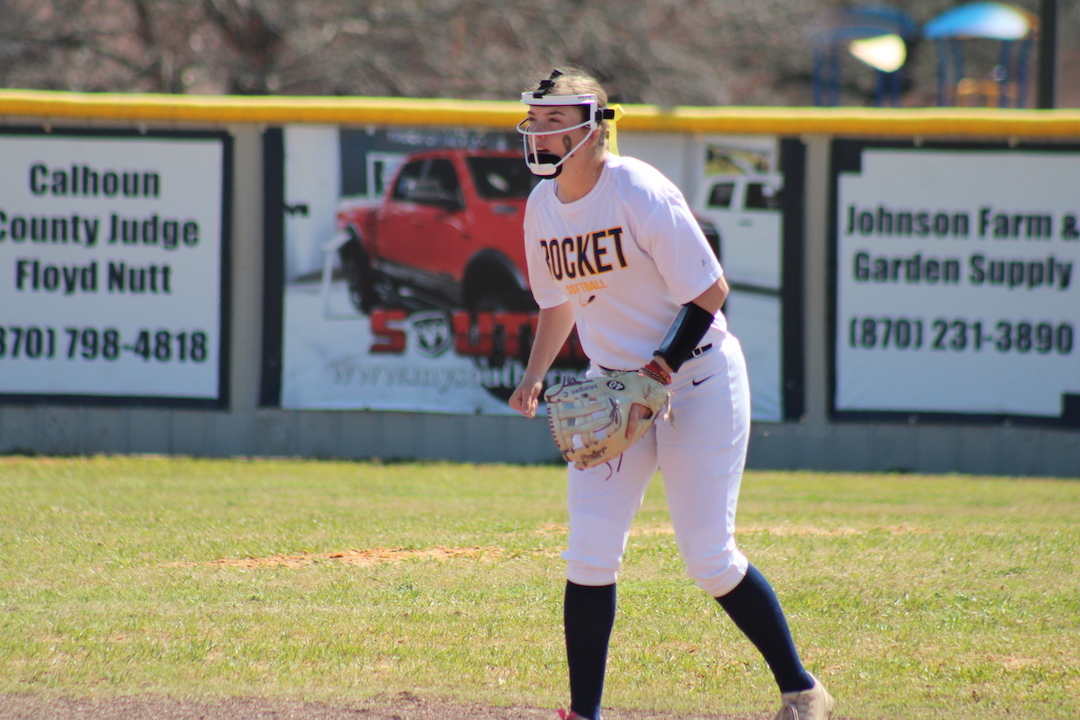 Photo By: Michael Hanich SAU Tech shortstop Morgan Cruse gets ready for a potential hit in the game against John Wood C.C. 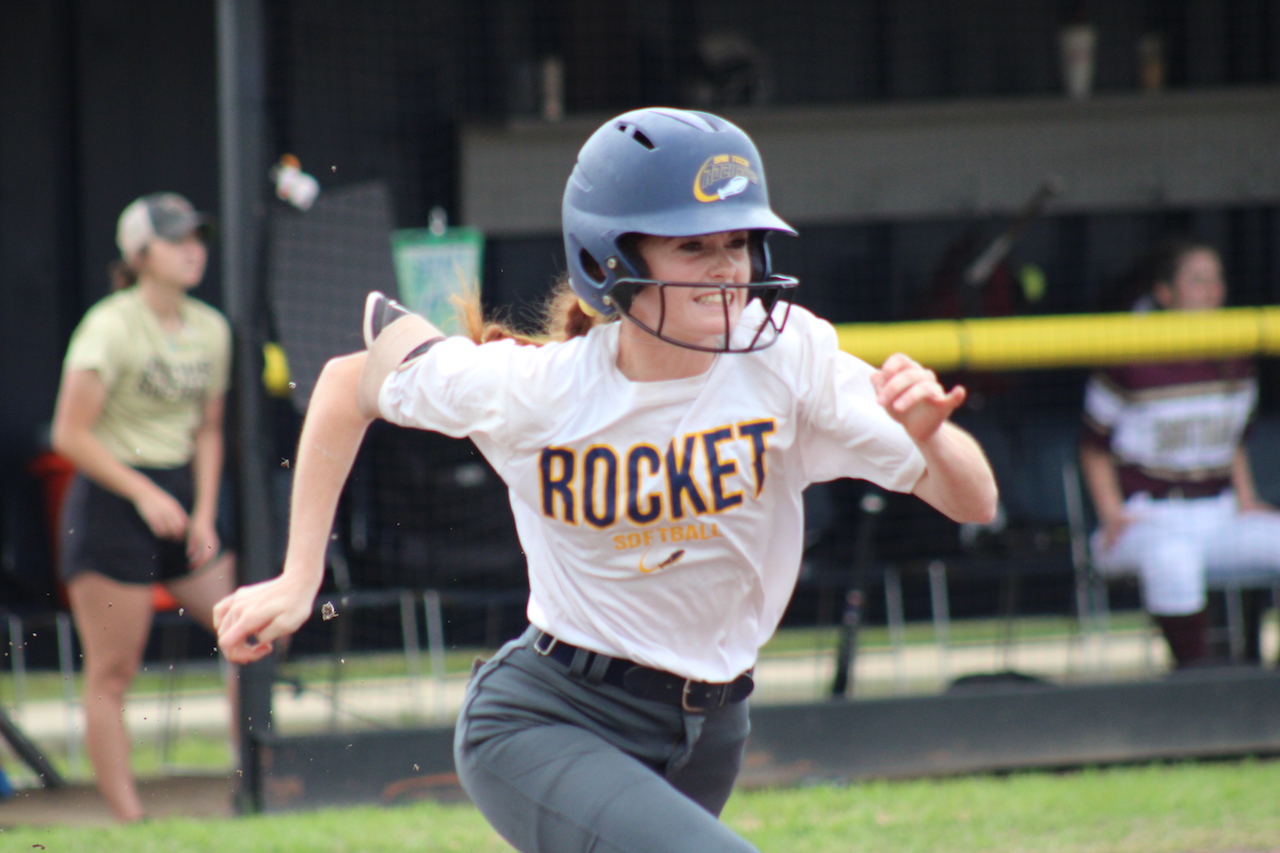 Photo By: Michael Hanich SAU Tech outfielder Anna Cox runs to first base after a hit in the game against South Ark.