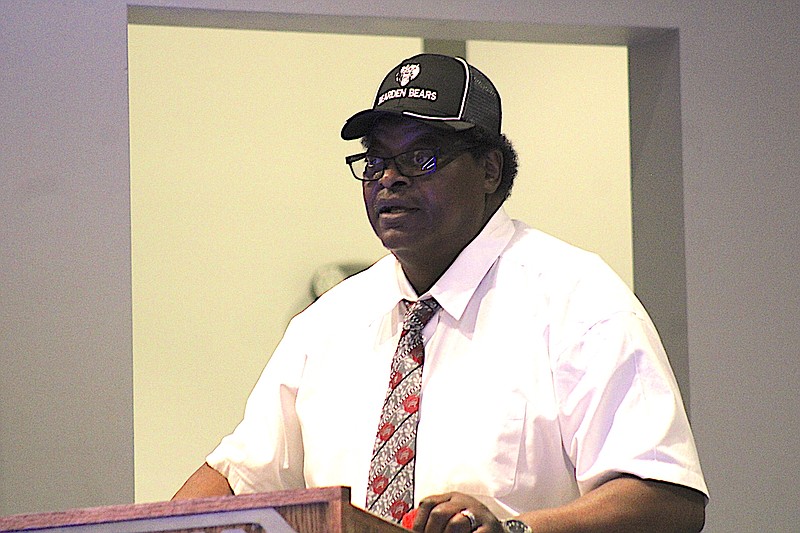 While schools and sports programs often turn their attention to the future, it is important to look back on the past as well. On Tuesday, May 10, Bearden High School honored one of their most successful coaches in school history as well as someone who is arguably at the forefront of their athletics department's Mount Rushmore.

Former Bearden Bears basketball coach Frankie Gathen was honored on Tuesday as the gym where he created a lot of success in will be dedicated to coach Gathen.

In his 19 years at Bearden High School, Gathen accumulated an overall record of 399-157, a 60.7% winning percentage. As the head coach of the Bears, Gathen lead the team to 15 conference championships along with four seasons as runners-up. He also brought his team two regional tournament championships with eight other seasons being runners-up. Finally, Gathen brought the Bears to AA State Finals in 1995 and 1996 and his teams qualified for the state tournament from 1988 to 1997.

As the head coach of the junior high teams at Bearden, his teams accounted for an overall record of 248-65. He was a coach that took full control of his teams and focused the development of his players early in their careers through their senior season.

Gathen was also a head coach for the Bears' football and track teams. His leadership and expertise in sports was vital to the Bearden athletics program as he helped many players become all-conference selections. His consistency on the court was unmatched throughout the region and he created a rare high school sports dynasty at Bearden.

His biggest impact, however, was at Bearden High School, on and off the court. At Tuesday's ceremony, it was clear that Gathen was a key figure in the lives of his former players, the athletics department, the facility and the current students of Bearden High School.

The ceremony felt more like a party and a homecoming celebration for a coach that was obviously one of the most respected coaches and teachers in the Bearden school system. Gathen was a tough coach, but ultimately showed love to his players to win on and off the court. The constant applause from the crowd came from a mix of his former players and those who were personally affected by Gathen, which was the entire room.

Jeffery Darrough, class of 1986, described the tough, but embracing coaching style from Gathen.

"He was a encourager; he would encourage us to keep our heads up and don't give up no matter what the situation was," Darrough said.

"Coach Gathen has always been an inspiration to not only everyone he coached but also the community. There was a lot of things he did for us as young men in the community that people have no idea about," Dennis Juniel, class of 1995, said.

Gathen was presented a plague that recognized the school renaming the gymnasium in his name. When it was his turn to speak to the audience, a tearful Gathen said he was happy that many of his fellow players showed him the respect he gave them when they played under him.

"This shows me what a community is, why I came to Bearden," Gathen said with strong emotion. "This is the greatest thing in my life. Believe it or not, I've had some good things in my life over coaching or winning ball games and national coach of the year -- this is all of those things."

This recognition and honor is a culmination of Gathen's success on and off the court. Gathen has officially been added to the list of greats and elite sports figure from the Bearden community.