Ouachiata County goes to the polls for the Arkansas Primary Elections 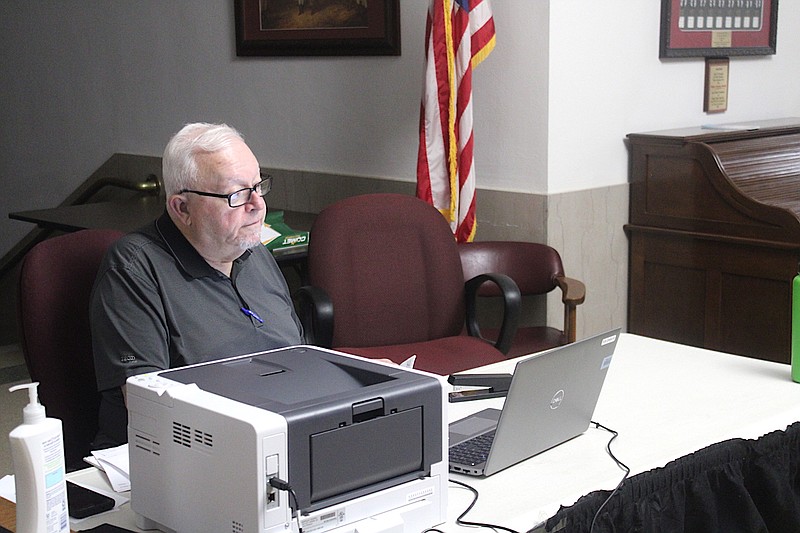 Ouachita County voters headed to the polls Tuesday to make their voices heard in primary and nonpartisan elections for federal and state offices.

No local candidates had opposition in Tuesday's primary races.

On the Democratic side of the Senate race, Jack E. Foster received 226 votes in Ouachita County; Natalie James, 444; and Dan Whitfield, 200.

Boozman won his primary with 200,755 votes across Arkansas, and James won her's with 49,556 votes statewide.

In the Republican primary for Attorney General, Leon Jones, Jr. got 144 votes in Ouachita County, and Lt. Gov. Tim Griffin received 1,512 . There was not a Democratic primary race for Arkansas Attorney General. Incumbent Leslie Rutledge ran in this election for Lieutenant Governor.

In the Republican primary for Governor, 218 were cast in Ouachita County for Francis "Doc" Washburn and 1,470 were case for Sarah Huckabee Sanders. Current Gov. Asa Hutchinson was term-limited this year and could not run for re-election.

Sanders won the Republican primary for governor with 287,905 votes total.

"Congratulations to Sarah Huckabee Sanders, Senator John Boozman, and the rest of the Arkansas Republican nominees. The Natural State is fortunate to have strong, conservative leaders who will bring back our majorities and hold Joe Biden accountable for the multiple crises he has created," said Republican National Committee Spokeswoman Savannah Viar in a press release.

In the Democratic primary for Governor, Ouachita County voters cast 88 votes for Jay Martin; 95 for Anthony "Tony" Bland; 47 for James "Rus" Russell, III; 56 for Supha Xayprasith-Mays; and 611 for Chris Jones.

"Thank you, Arkansas. I'm optimistic about the future, humbled by your support, and proud to be from our great state. Onward," Jones wrote on Twitter Wednesday morning.

"Democracy for America congratulates Chris Jones on his primary victory tonight. The Democratic Party has to stop shying away from the tough fights," Yvette Simpson, CEO of Democracy for America, said in a press release. "While others may see a solid red state, we see an Arkansas hungry for change and a governor who is focused on real issues: preschool, broadband, and jobs. Chris Jones has the tenacity and organizing chops to win in Arkansas and he's undoubtedly the best choice to move the state forward."

In the Republican primary for Lieutenant Governor, Doyle Webb got 107 votes in Ouachita County; Chris Bequette got 102; state Sen. Jason Rapert got 171; Greg Bledsoe got 162; Rutledge got 1,037; and Judge Joseph Wood got 81.

Rutledge won the Republican primary for the Lieutenant Governor position with 183,126 votes.

In the Democratic primary for Secretary of State, Ouachita County voters cast 509 votes for Anna Beth Gorman and 317 votes for Josh Price.

Thurston won the Republican primary for the Secretary of State position with 235,879 votes, and Gorman won the Democratic primary with 52,548. The two will face off in the general election in November.

Lowery won the primary for State Treasurer with 238,144 votes counted in his favor as of Wednesday afternoon.

Ouachita County voters also approved the 34.0 millage for the Camden Fairview School District. There were 1,218 votes cast "For" the millage and 653 ballots cast "Against" the millage.

Voters voted down a 41.0 mill Smackover School Tax. There were 22 votes cast "For" the tax and 44 votes cast "Against" the tax.

Print Headline: Ouachiata County goes to the polls for the Arkansas Primary Elections