Cardinals ready for cold welcome in Valley View on Friday 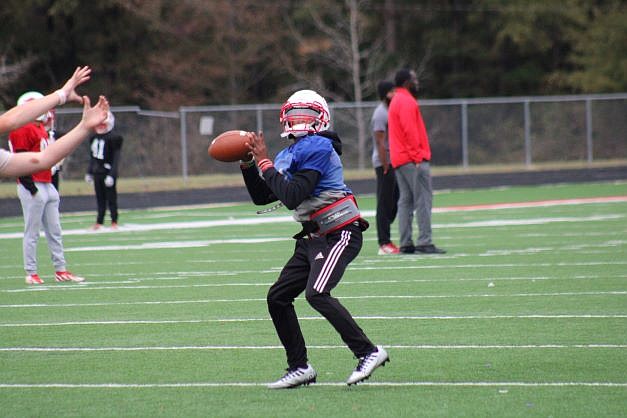 Some of the best football games at any level are played in the cold. The Green Bay Packers have been host to some of the most iconic moments in the NFL at Lambeau Field, AKA the Frozen Tundra. One of the best college football games last season was in the snowy atmosphere of Ann Arbor as #3 Michigan took down its rival in #6 Ohio State 42-27.

While the State of Arkansas doesn't get quite that cold, the weather can still be a significant factor.

This Friday night, the Camden Fairview Cardinals (9-2) will go on the road to Jonesboro to take on the Valley View Blazers (9-2). At the time of kick-off, the temperature is projected to be 26 degrees or lower with a 1% chance of rain mixed with snow and 5 mile-per-hour wind. This is football weather that will either drive out the warrior mentality in players or the exact opposite.

Hitting in cold weather feels more sharp as the hits linger longer than in warmer weather. Even with a slight breeze, a player running can lag if they are unaccustomed to the weather. The cold weather makes the air pressure drop, which can make a difference for the ball traveling through the air.

The Cardinals are having to prepare for a physical battle with the Blazers as well as a mental battle with the weather. Players are not worried about the weather, according to head coach Nick Vaughn, as they have played in hot, cool, windy and rain-filled games this season.

"I'm not overly concerned about it. Our guys have got to adapt. I mean, it's obviously, it's not as cold right now, but it's going to be. We can't let the weather beat us. We did a good job handling it last week. We need to continue to do so in preparation this week," Vaughn said after practice on Tuesday.

Last week, in the first round of the 5A state playoffs at home against Vilonia, weather was a bit of a factor. Overall, the Cardinals won 30-0 over the Eagles thanks to a great performance on both sides of the ball. The offense accounted for 425 total yards, with 317 coming from the rushing game. This was the fourth shutout of the season for the Cardinals' defense.

Players are embracing the change in weather as they seek to practice during the week of Thanksgiving. In order to do that, the Cardinals have to take care of business against Valley View.

"We set the expectations when I got here that ourmain goal was to be practicing on Thanksgiving, get to the final four, and we're one step away from that. Our kids understand what it's going to take to get there, and we're, so far, having a good week of practice. We've got to continue to focus on details, fundamentals and taking care of the football, and win at big plays, and if we do those things, we feel like we're having a good night," Vaughn said.

Camden Fairview travels to Jonesboro to take on Valley View at 7 p.m. on Friday night. 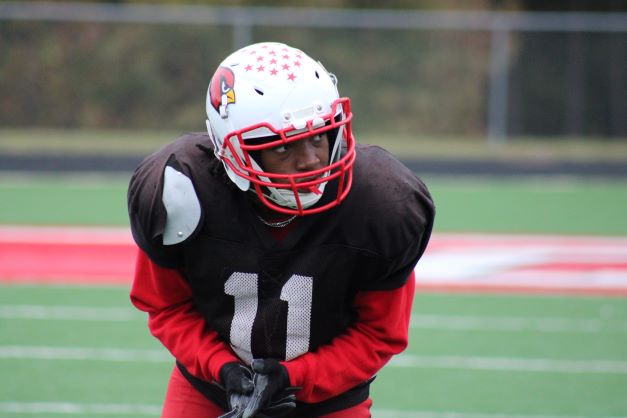 Photo By: Michael Hanich Camden Fairview linebacker Michal Griffith waits for the ball to be snapped in practice. 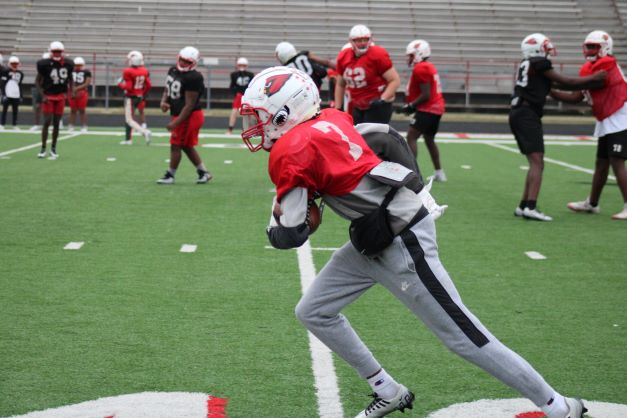