Artifacts are displayed on Sunday, Nov. 13, 2022, at the New Light Memorial Chapel in Shaler, Pa., including religious items used by the three members of New Light Congregation who were among the 11 victims of the Oct. 27, 2018, massacre at Pittsburgh&#x2019;s Tree of Life synagogue building. They include a shofar used by Richard Gottfried for High Holy Day services, a travel prayer book used by Melvin Wax and a biblical study guide used by Daniel Stein. The chapel was dedicated Nov. 13. (AP Photo/Peter Smith)

SHALER, Pa. (AP) -- Until recently it was a garage with a dirt floor. But what had been an outbuilding for the cemetery of New Light Congregation has been transformed into a chapel with stained glass windows and other mementos honoring victims of the 2018 Pittsburgh synagogue massacre.

At a private ceremony last weekend, the congregation dedicated the chapel and honored the 11 people killed in the massacre, with a particular tribute to three of its own members who had served as "the religious heart" of New Light, congregation Co-President Stephen Cohen said.

New Light was one of three congregations targeted at the Tree of Life synagogue building on the Sabbath morning of Oct. 27, 2018, by a gunman who authorities say spewed antisemitic hate online and at the scene.

The chapel, and New Light's cemetery, are located in this small suburb several miles north of Pittsburgh's Squirrel Hill neighborhood, where the congregation has worshipped for decades. The congregation opened the chapel to a media preview on Wednesday.

The New Light Memorial Chapel includes a display of religious items that had belonged to the three martyrs -- a shofar used by Richard Gottfried for High Holy Day services, a travel prayer book used by Melvin Wax and a biblical study guide used by Daniel Stein.

The three "were our leaders for the most important aspect of congregational life," Cohen said.

The chapel includes displays about New Light's founding by Romanian immigrants fleeing 19th century antisemitic persecution. And it includes a stained glass window that has three stars honoring Gottfried, Stein and Wax and that depicts a scene from the Torah passage that would have been read on the morning of the attack.

An adjacent window includes eight more stars honoring the victims from the Tree of Life and Dor Hadash congregations, which were also meeting in the building at the time of the deadliest antisemitic attack in U.S. history.

"It's very meaningful," said Carol Black, a survivor of the attack and sister of Gottfried. "It's a wonderful tribute to the three people that we lost."

The chapel also gives the congregation a sanctuary to call its own. It had sold its own building in 2017 as part of a downsizing and has since met in rented space, first at Tree of Life and now at another nearby synagogue in Squirrel Hill, where many of the congregants live. But the cemetery chapel will be available for funerals, special events and anyone wanting to see the memorial and and historical exhibits.

"It's wonderful that we have something that's ours," Black said.

Two of the three victims are buried in the cemetery, where a memorial marker honoring the three as "holy martyrs" was dedicated in 2020.

"The true, lasting legacy to Rich, Dan, Mel and the eight members of the other two congregations is not just physical memorials such as this building, but to accept that we have an obligation to teach future generations about the roots of antisemitism in America," Cohen said at the dedication. "Only by understanding the past can we change the future."

The suspect in the shootings faces an April trial date. 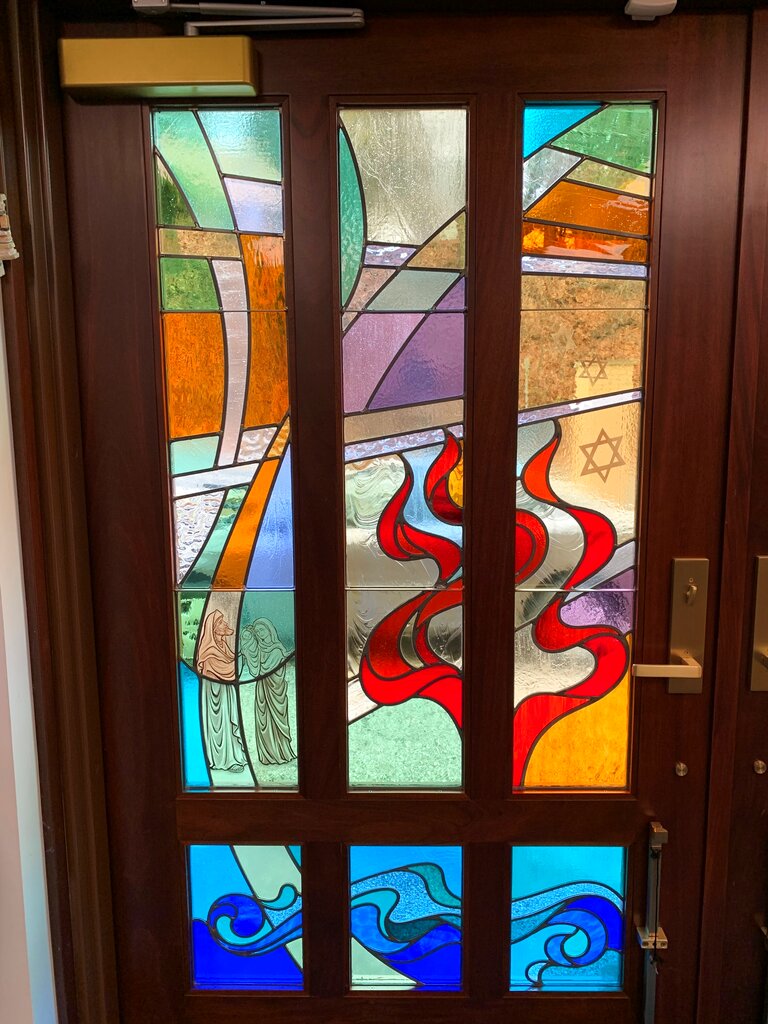 A stained glass window in the New Light Memorial Chapel in Shaler, Pa., includes three stars honoring the members that New Light Congregation who were among the 11 victims of the Oct. 27, 2018, massacre at Pittsburgh’s Tree of Life synagogue building, seen on Sunday, Nov. 13, 2022. It also includes a scene from the Torah passage that would have been read on the day of the attack. The chapel was dedicated Nov. 13. (AP Photo/Peter Smith)