Lady Cardinals Basketball win out of state Tournament in Louisiana 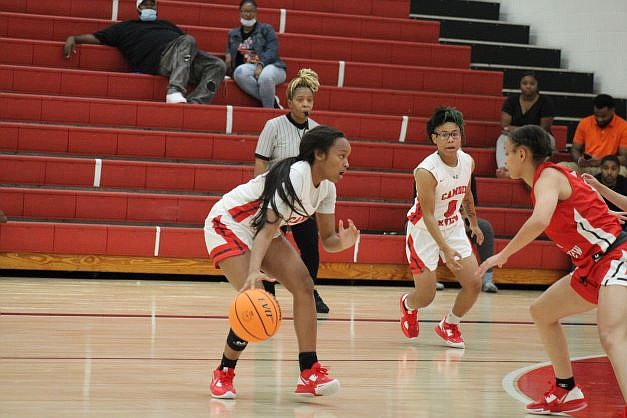 The Camden Fairview Lady Cardinals basketball team is fully underway as they participate in essential team-building tournaments on the road before they play at home. The Lady Cardinals kicked off their 2022 season at Dermott 51-49 on Monday, Nov. 14. First-year head coach Whitney Frazier gathered her team as they went to Louisiana to participate in the Lakeside Tournament. Camden Fairview rebounded by winning the three tournament games to win the championship title.

The Lady Cardinals outscored the Lady Gators 12-to-10 in the third quarter as four players for Camden Fairview was able to create some points on the board. After Spencer and junior center Makalee Tate were the key offensive players in the first three quarters, forward Karmen Johnson had a breakout in the fourth quarter. Johnson scored seven points in the fourth quarter with one shot being a three-pointer. Spencer finished the game as the highest scorer for the Lady Cardinals. Johnson finished with nine points and Tate scored six points.

The Lady Cardinals are set for another tournament in the state of Louisiana starting this Monday in the Woodlawn Classic.