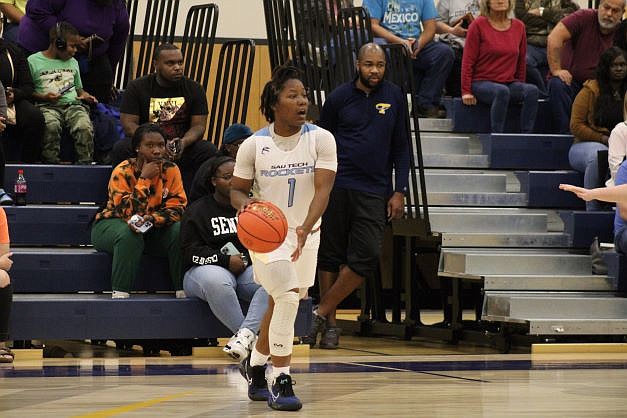 The SAU Tech Lady Rockets have only played eight games this season, with two of the road. Despite being on the road more often and playing more experienced teams, the Lady Rockets have progressed well as they have accumulated an overall record of 6-2.

Sophomore forward Jada Burrell is another high-volume addition to the Lady Rockets, just like Reed. Through eight games this season, Burrell is averaging 11.5 points, a team-high 9.5 rebounds, 1.1 assists, and 1.6 steals per game. After leading the team in points last season, sophomore guard Sh'Diamond McKnight is averaging 9.6 points as she is developing her shooting and allowing a chance for her teammates to take a much-more efficient transition to the collegiate level. McKnight has a field-goal percentage of 54.4% this season. McKnight is also averaging 4.1 rebounds, 5.6 assists, and 4.1 steals per game.

Finally, sophomore Mia Hardin, who signed with North Carolina AT&T on Nov. 10, is averaging 7.1 points shooting a field-goal percentage of 48% while also averaging 8.9 rebounds, 0.9 steals, and 1.9 blocks per game.

The Lady Rockets have an extensive break until Dec. 8, when they host the Coahoma Community College.