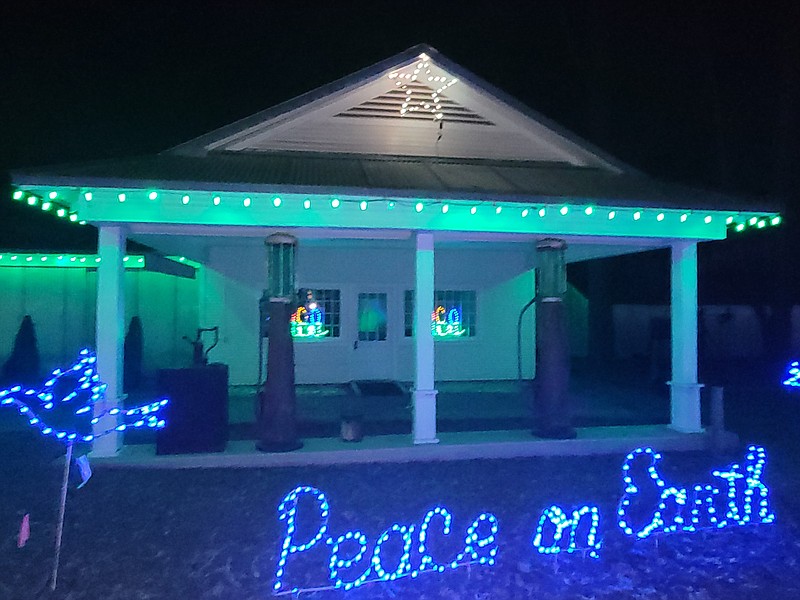 The Arkansas Museum of Natural Resources, located at 3853 Smackover Hwy., is currently welcoming visitors each Friday and Saturday night for its Holiday Light Extravaganza.

Museum director Jonathan Plant said that the event, which consists of a ¼ mile walking trail outfitted with "hundreds" of mostly Christmas-themed lights and displays, has been going on for about 15 years.

"I like the fact that it's a walking trail, that makes it much more intimate and people have more of a connection that just... driving by... It's a fun family event," Plant said.

Patrons are charged when entering the park – $10 per carload or $30 for larger vehicles such as buses or church vans. Pets are also allowed if leashed.

Each Friday and Saturday night, the park's Oil Patch Gifts Shop will be open in the museum lobby each until 9 p.m. ; free hot chocolate will be available in the lobby as well.

Plant said that holiday-themed holographic glasses are also available for $2 each.

December 3 and 10 will also feature photo opportunities with Santa in the AMNR lobby from 6 until 8 p.m. for no additional charge.

The light display was originally started, Plant said, as a commemoration of Smackover's famous Eddie's Cross. That tradition honors Eddie Rouse, a Smackover resident who won several years of Christmas decoration contests in the city with a homemade cross strung with Christmas lights. Rouse was killed in action in 1944. Family members kept up Eddie's holiday tradition and Eddie's Cross still stands today each holiday season in Smackover.

The light show is open each Friday and Saturday night until Dec. 17.