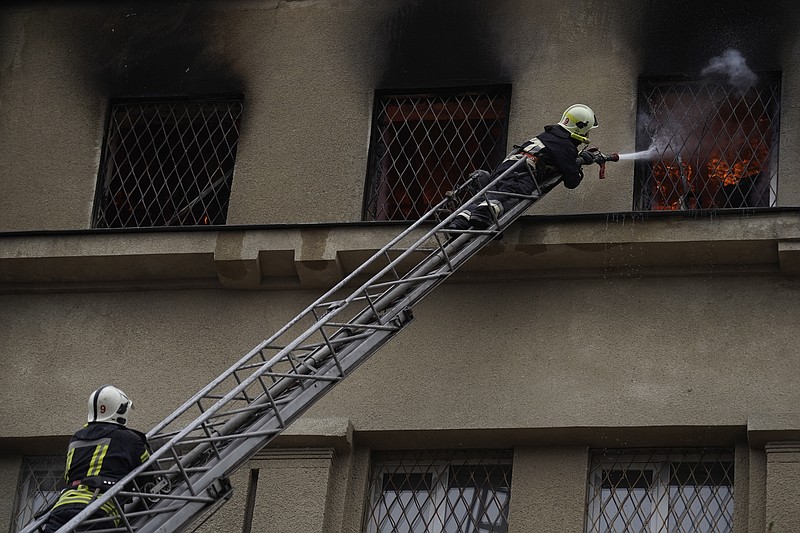 KHARKIV, Ukraine -- Ukrainian troops retook a wide swath of territory from Russia on Monday, pushing all the way back to the northeastern border in some places, and claimed to have captured many Russian soldiers as part of a lightning advance that forced Moscow to make a hasty retreat.

A spokesman for Ukrainian military intelligence said Russian troops were surrendering en masse as "they understand the hopelessness of their situation." A Ukrainian presidential adviser said there were so many POWs that the country was running out of space to accommodate them.

As blue-and-yellow Ukrainian flags fluttered over newly liberated towns, the Ukrainian military said it had freed more than 20 settlements in 24 hours. In recent days, Kyiv's forces have captured territory at least twice the size of greater London, according to the British Defense Ministry.

After months of little discernible movement on the battlefield, the momentum has lifted Ukrainian morale and provoked rare public criticism of Russian President Vladimir Putin's war.

"In some areas of the front, our defenders reached the state border with the Russian Federation," said Oleh Syniehubov, governor of the northeastern Kharkiv region. Over the weekend, the Russian Defense Ministry said troops would be pulled from two areas in that region to regroup in the eastern region of Donetsk.

There were reports of chaos as Russian troops pulled out.

"The Russians were here in the morning. Then at noon, they suddenly started shouting wildly and began to run away, charging off in tanks and armored vehicles," Dmytro Hrushchenko, a resident of recently liberated Zaliznychne, a small town near the eastern front line, told Sky News.

Video taken by the Ukrainian military showed soldiers raising the Ukrainian flag over battle-damaged buildings. In one scene, a fighter wiped his boots on a Russian flag on the ground. Other videos showed Ukrainians inspecting the wreckage of Russian military vehicles, including tanks.

Efforts to disarm land mines were underway in the recaptured areas, along with a search for any remaining Russian troops, Ukrainian military officials said.

It was not yet clear if the Ukrainian blitz could signal a turning point in the war. Momentum has switched back and forth before, but rarely with such a big and sudden swing.

Ukraine's deputy interior minister accused fleeing Russian forces of burning official documents and concealing bodies in an attempt to cover up rights violations in the areas they controlled until last week.

The mood was jubilant across the country.

In Kharkiv, authorities hailed that power and water had been restored to about 80% of the region's population following Russian attacks on infrastructure that knocked out electricity in many places across Ukraine.

"You are heroes!!!" Kharkiv Mayor Ihor Terekhov wrote on Telegram, referring to crews who restored utilities in Ukraine's second-biggest city. "Thanks to everyone who did everything possible on this most difficult night for Kharkiv to normalize the life of the city as soon as possible." 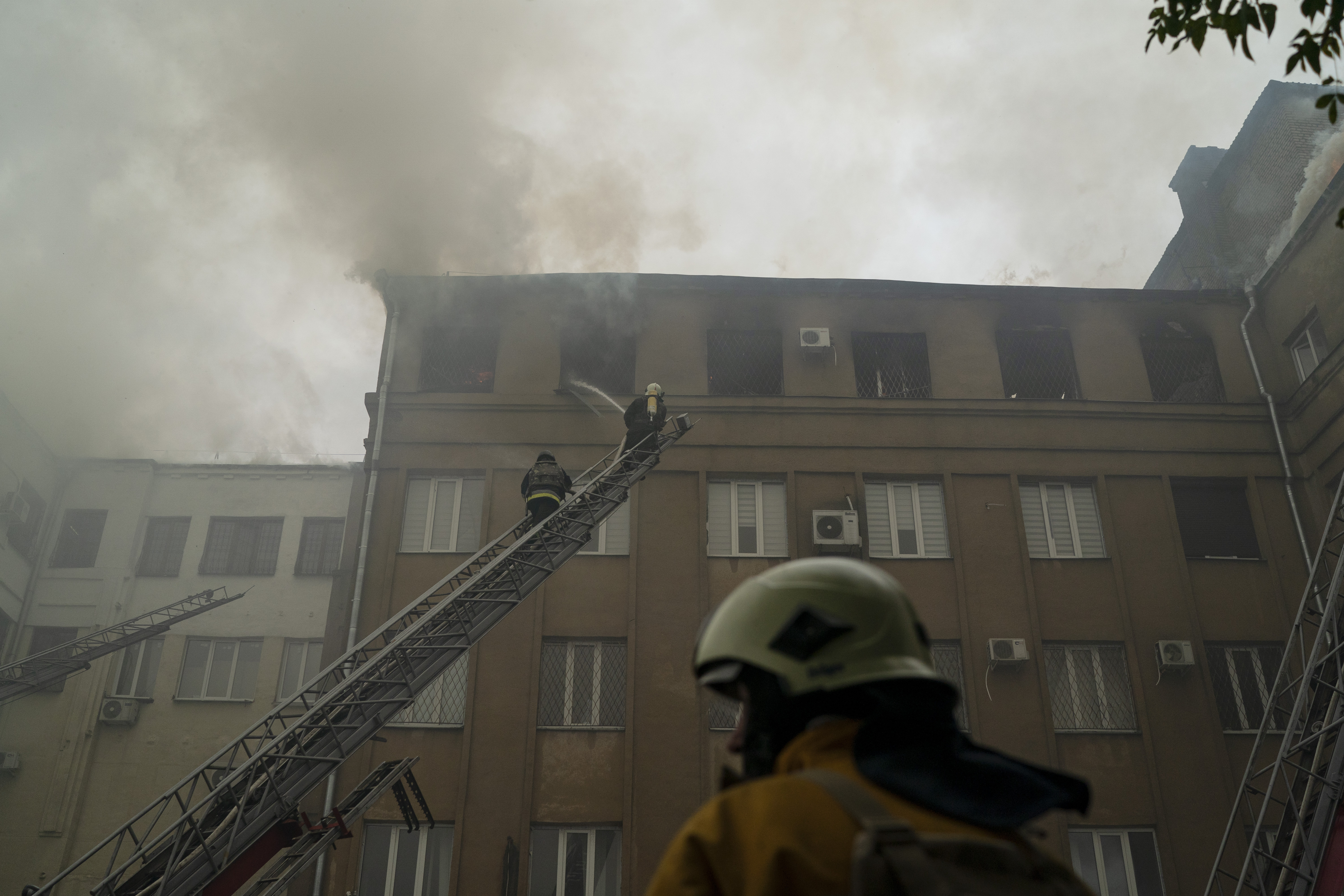 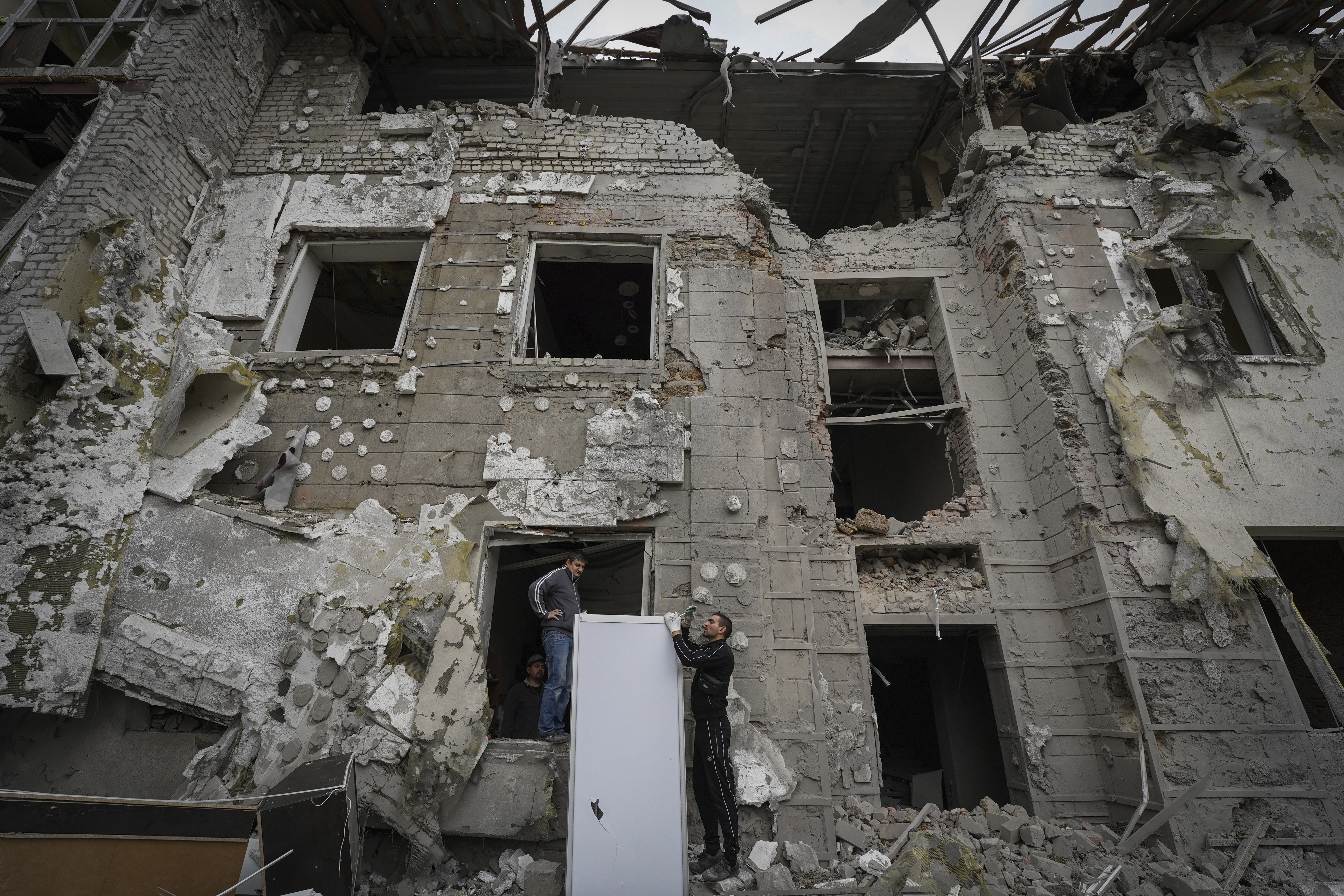 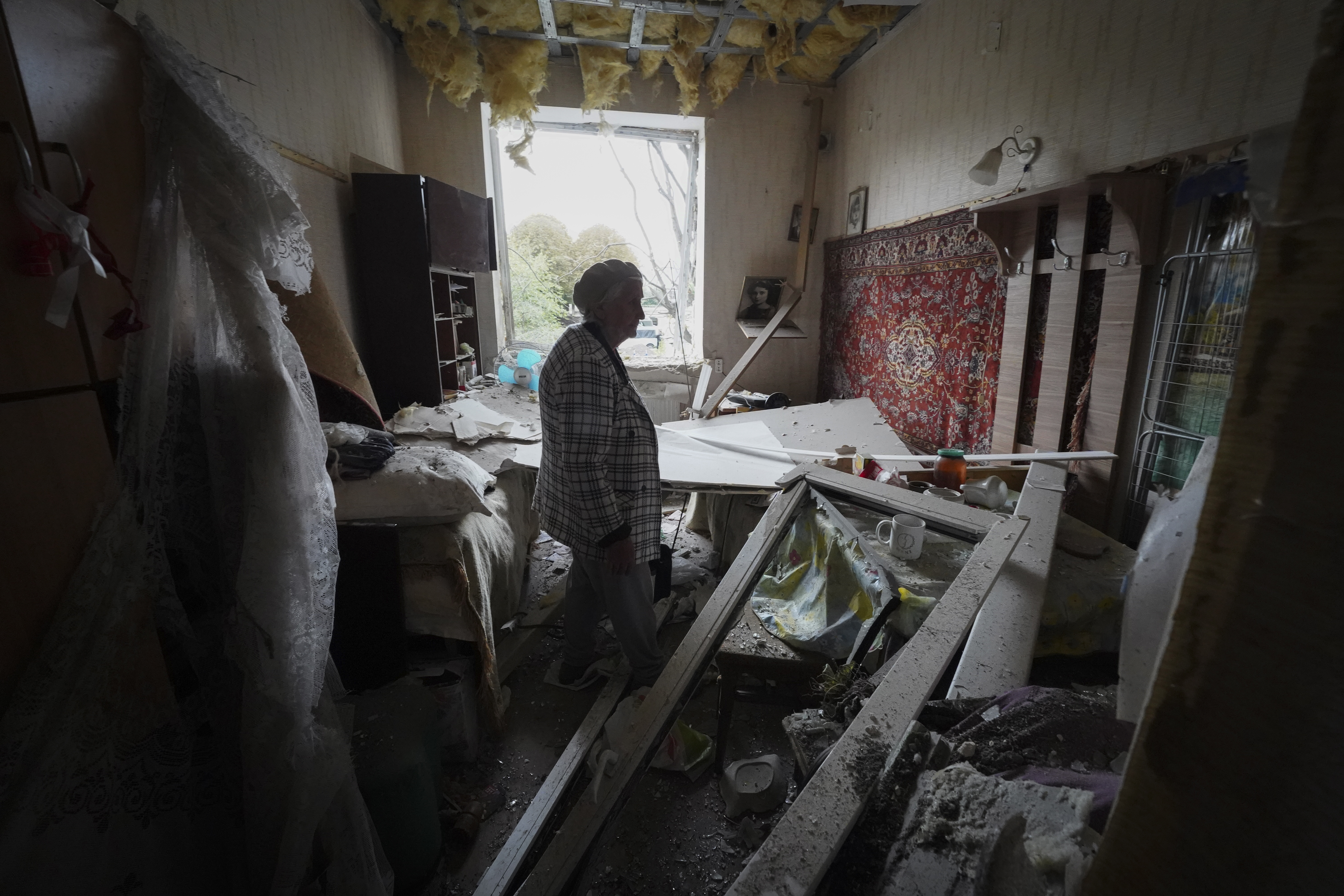 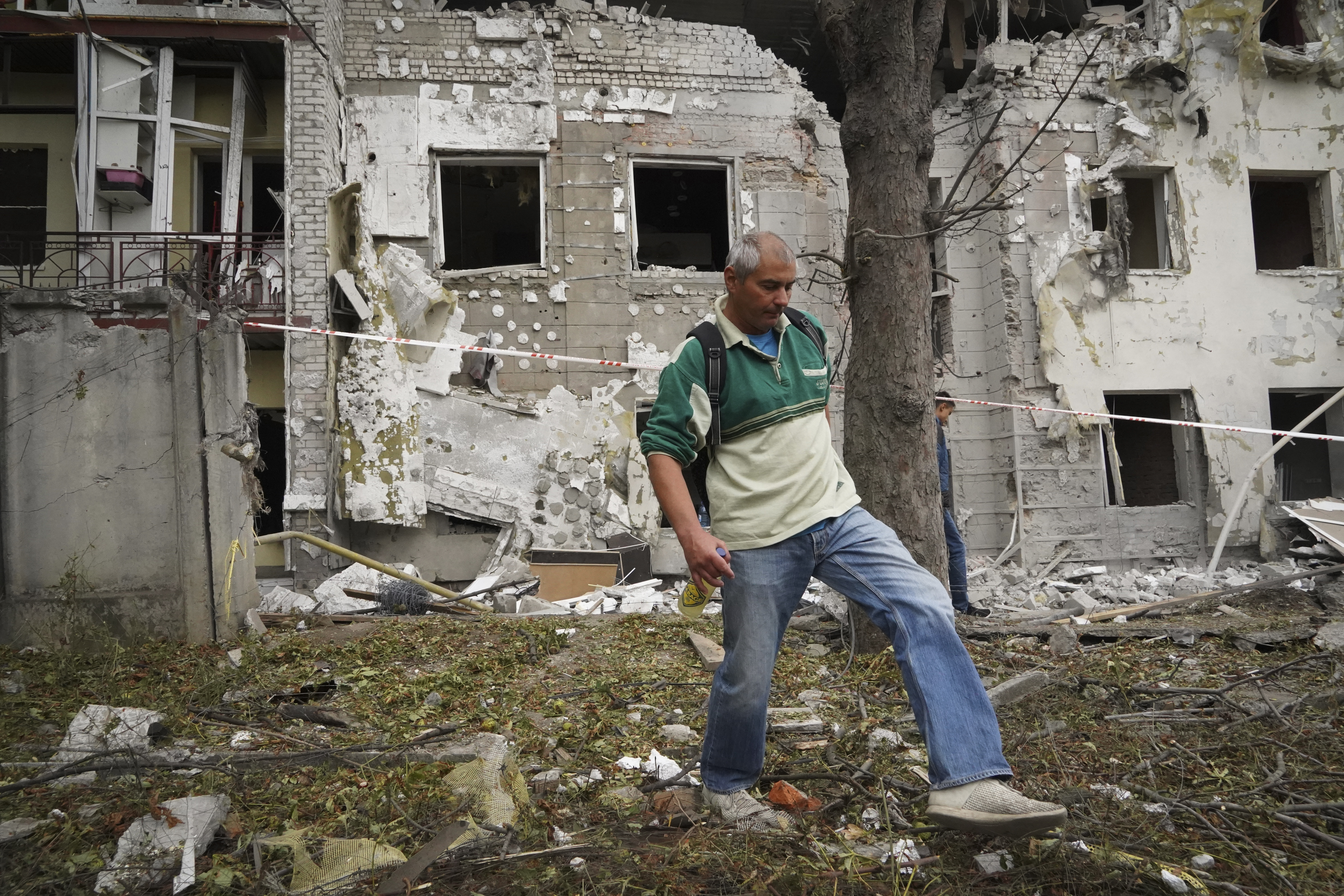 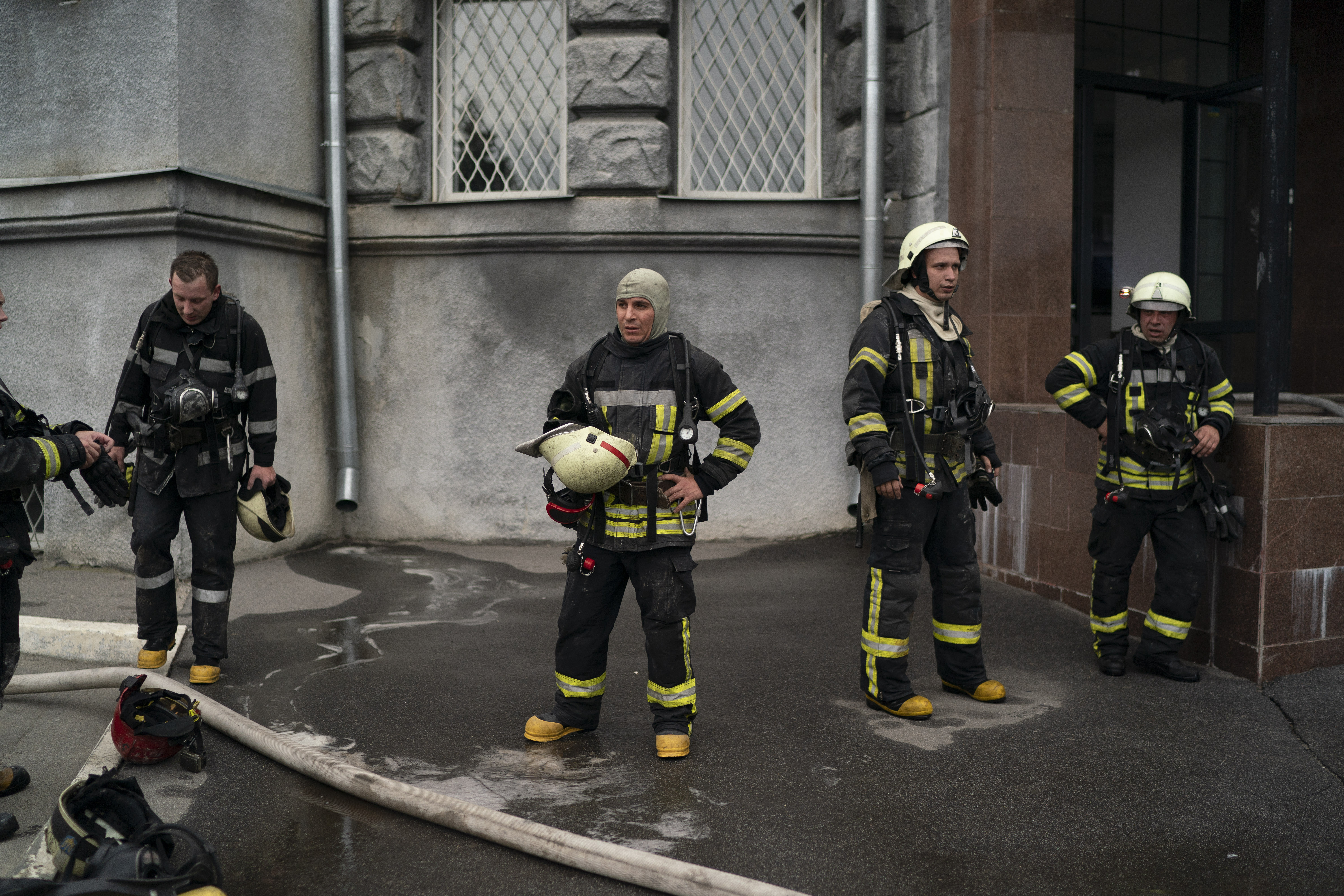 Firefighters take a pause as they work to extinguish a fire after a Russian attack that damaged a police building in Kharkiv, Ukraine, Monday, Sept. 12, 2022. (AP Photo/Leo Correa) 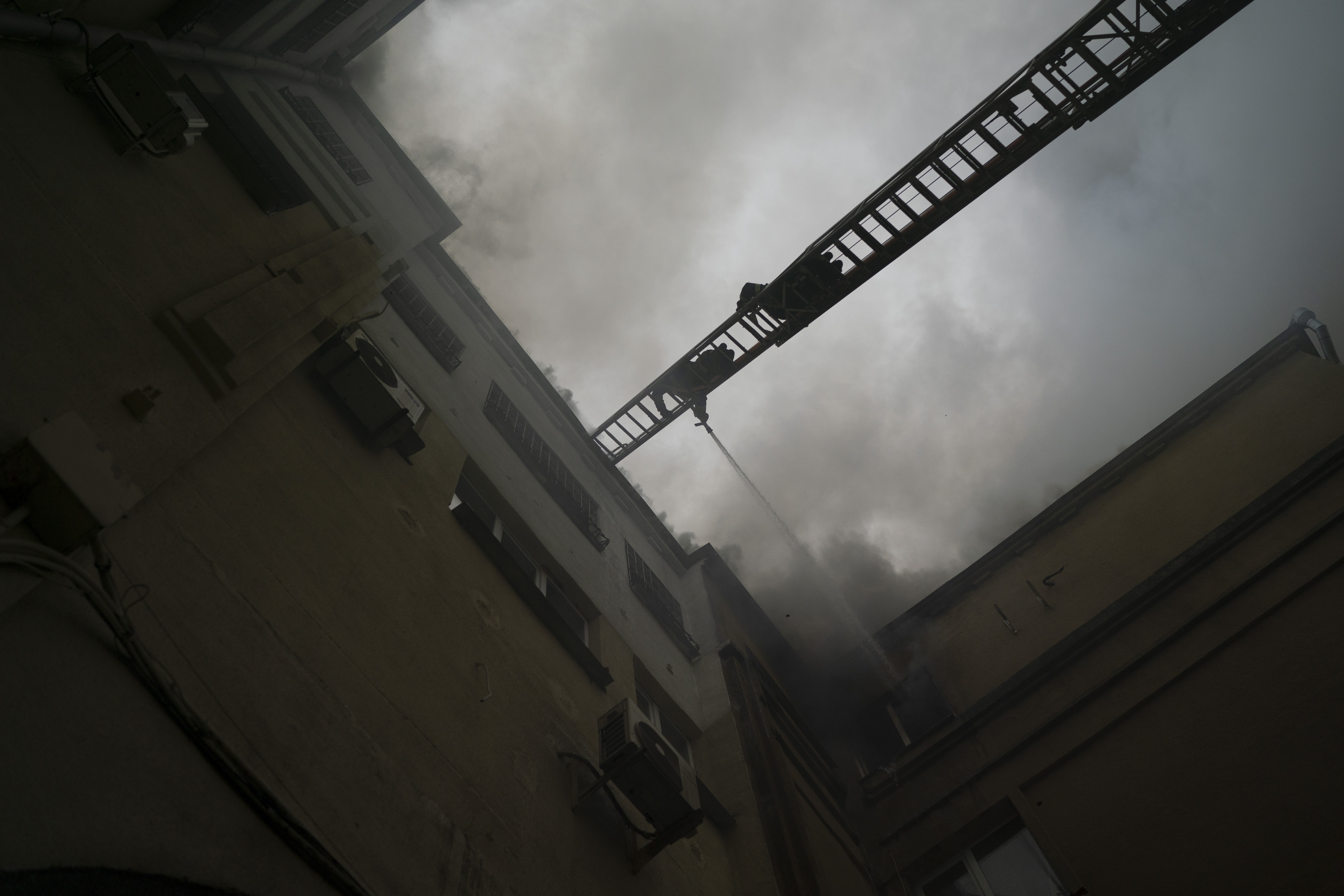 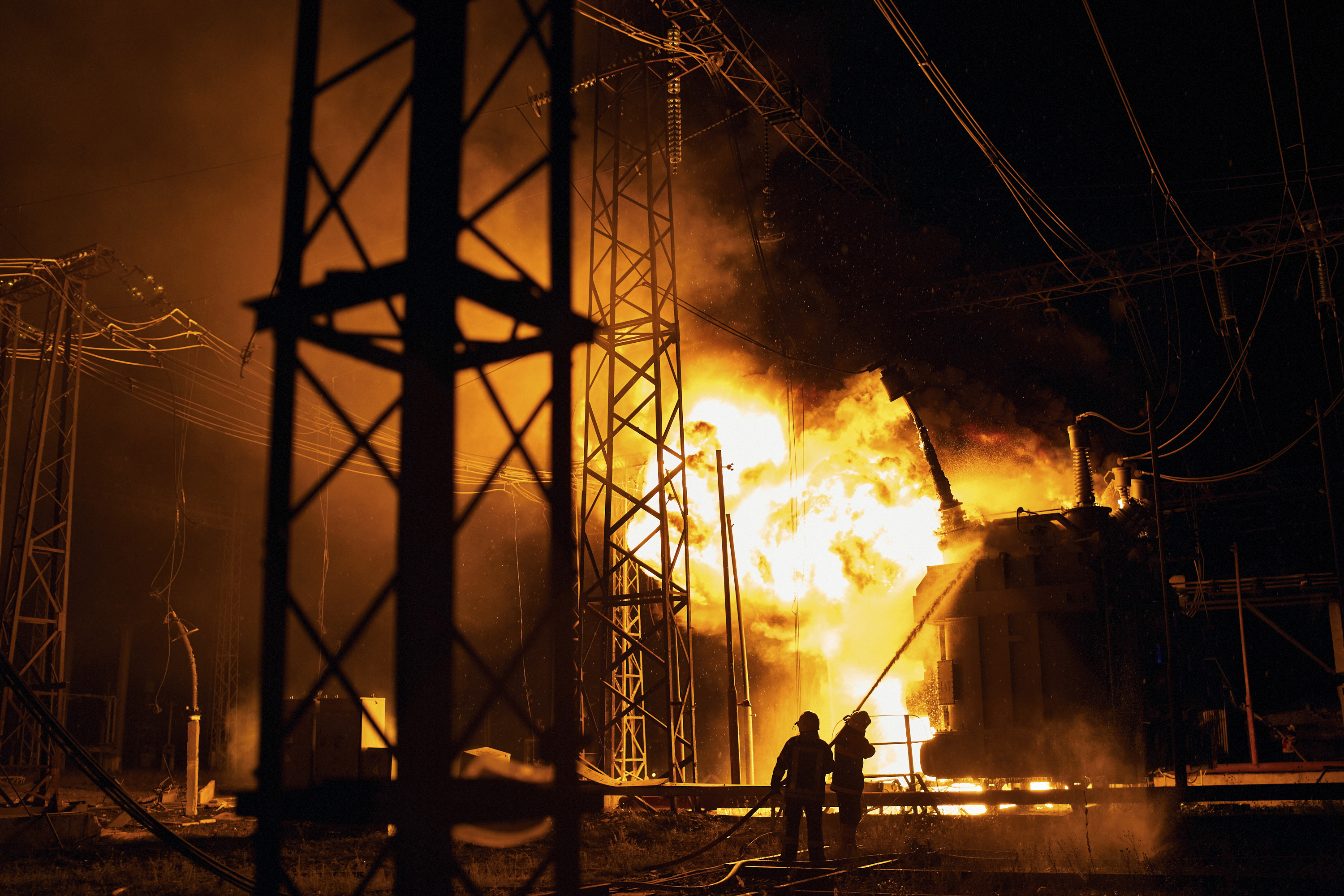 Ukrainian State Emergency Service firefighters put out the fire after a Russian rocket attack hit an electric power station in Kharkiv, Ukraine, Sunday, Sept. 11, 2022. The Kharkiv and Donetsk regions have been completely de-energised in the rocket attack.(AP Photo/Kostiantyn Liberov) 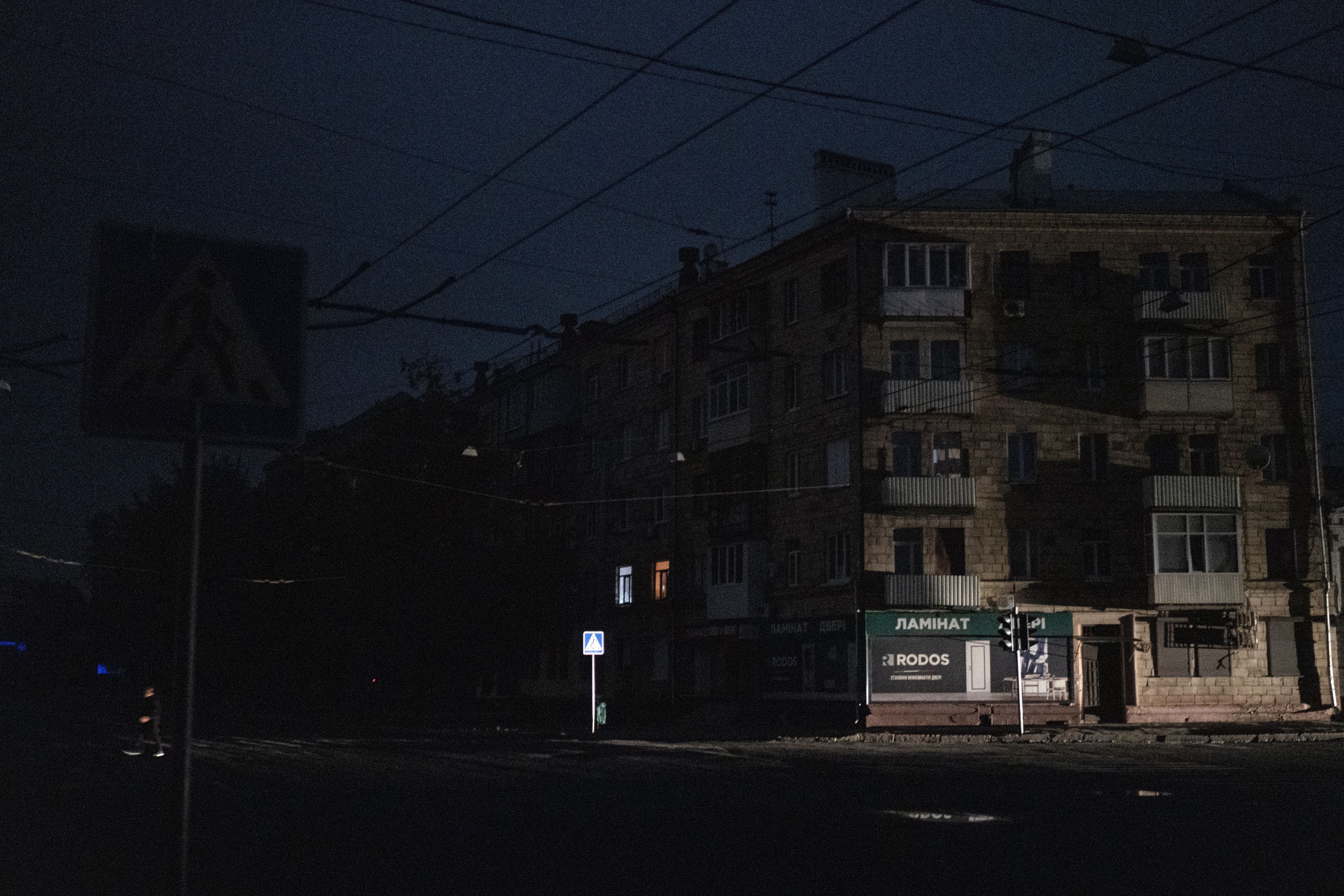 A man crosses a pitch-black street in Kharkiv, Ukraine, Sunday, Sept. 11, 2022. The city appeared to be under a complete blackout with no light visible in the city where a fire raged in a power station reportedly hit in a strike. (AP Photo/Leo Correa) 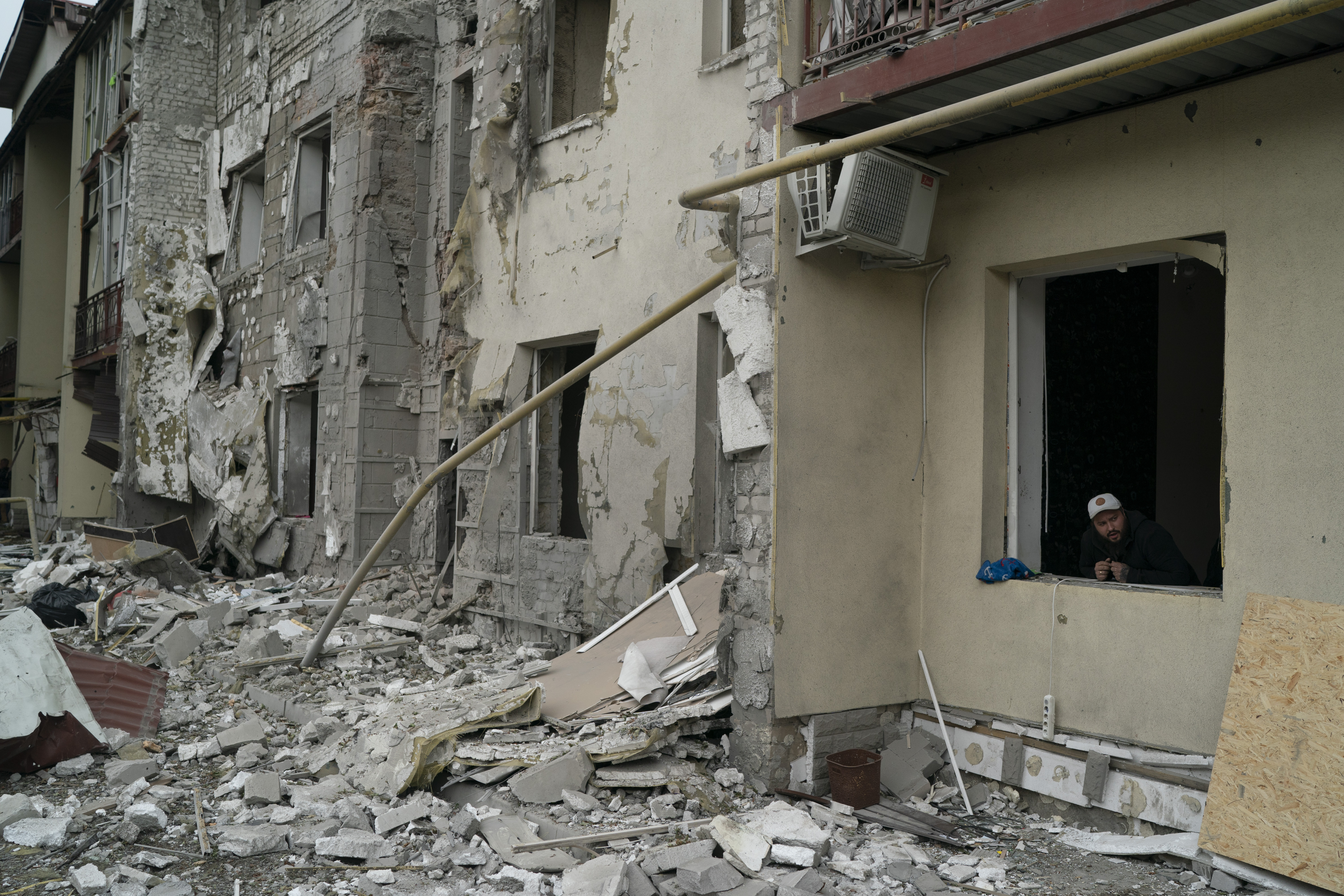 A man looks out from a window of a residential building that was damaged after a Russian attack in Kharkiv, Ukraine, Monday, Sept. 12, 2022. (AP Photo/Leo Correa)