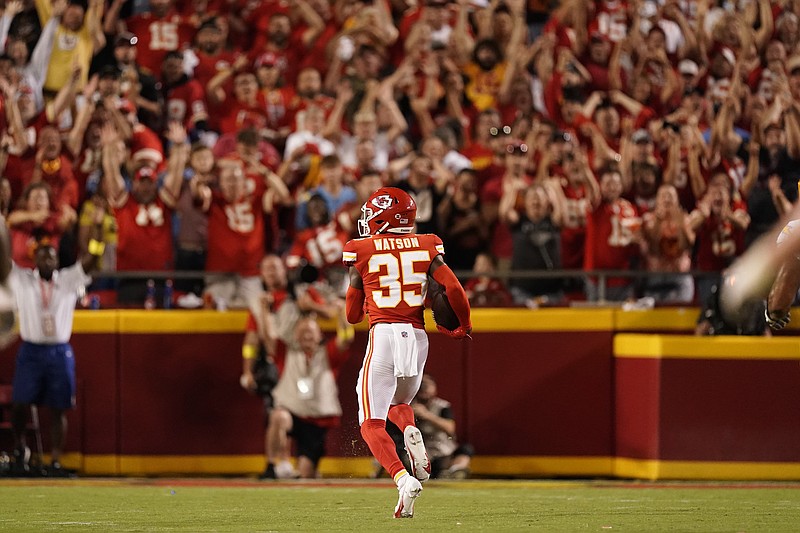 Kansas City Chiefs cornerback Jaylen Watson runs an interception back for a touchdown during the second half of an NFL football game against the Los Angeles Chargers Thursday, Sept. 15, 2022, in Kansas City, Mo. (AP Photo/Charlie Riedel)

KANSAS CITY, Mo. (AP) -- Patrick Mahomes and the Chiefs offense had been struggling all night against a ferocious Chargers pass rush when Jaylen Watson, an unheralded seventh-round draft pick, and the rest of the defense bailed them out.

Watson picked off the Chargers' Justin Herbert early in the fourth quarter Thursday night and returned the interception 99 yards for a go-ahead score that lifted Kansas City to an important 27-24 victory.

It was the second straight week that the Chiefs defense came up big, and an encouraging sign for a franchise that has often leaned far too heavily on Mahomes and his prolific offense to simply outscore opponents in big games.

"I talked to him afterward -- I'm having a little birthday party on Saturday," said Mahomes, who will turn 27 on the same day Watson is turning 23. "I told him it's his birthday party now, the way he played."

It wasn't just that Watson came up with the play of the day; it's that the entire defense rose to the occasion.

The Chargers raced to a 10-0 lead, then carried a 17-7 advantage into halftime, before coordinator Steve Spagnuolo's rebuilt bunch made a couple of tweaks to their game plan. They wound up holding Herbert and the potent Chargers offense off the scoreboard until a touchdown with just over a minute to go, by which point they needed to convert an onside kick.

The Chiefs recovered it and were able to run out the clock on the divisional win.

It wasn't only Watson, either. Chris Jones had two more sacks -- he has six in three career Thursday night games. Mike Danna put such a lick on Herbert that he knocked the quarterback from the game for a play. Willie Gay led the way with 11 tackles, two for a loss, and added two pass deflections.

Despite gaining 401 yards of total offense, the Chargers finished just 5 for 16 on third downs.

That was enough to keep the Chiefs in the game long enough for their offense to score some points, and to give Watson a chance to play the hero with what tied for the second-longest interception return for a touchdown in franchise history.

"That's the biggest thing: They just kept us in the game," Mahomes said of the defense, which held Arizona to six points until deep into the fourth quarter in Week 1. "With a young defense like that, to see them play that way, that's going to carry us through the rest of the season."

It became clear that Kansas City was the fresher team in the second half, a byproduct of the brutally tough training camps that Andy Reid has made his hallmark. The ability to win games in the fourth quarter is an important trait.

The running game struggled to find space besides one carry by Clyde Edwards-Helaire that went for 52 yards and set up an important fourth-quarter field goal. Otherwise, the Chiefs carried 17 times for just 40 yards in the game.

Jerick McKinnon only carried four times for 12 yards, but he continued to prove his usefulness in the passing game by hauling in a touchdown pass in the second quarter. It's precisely the kind of versatility that Kansas City expects out of him after deciding to bring McKinnon back this past offseason.

Danna hurt his calf late in the game. Wide receiver Justin Watson hurt his chest during the onside kick. Neither of the injuries is expected to be serious for the Chiefs, who hope to have kicker Harrison Butker (ankle) back for their next game after using Matt Ammendola as a fill-in Thursday night.

0 -- The Chiefs did not commit a turnover, though Mahomes was fortunate to have one overturned by replays that showed the ball hitting the ground, and at least two more that slipped through the fingers of the Chargers defense.

After winning two games in five days, the Chiefs get a well-earned break this weekend. They'll begin preparation Monday for their trip to Indianapolis on Sept. 25, the first of back-to-back road games. 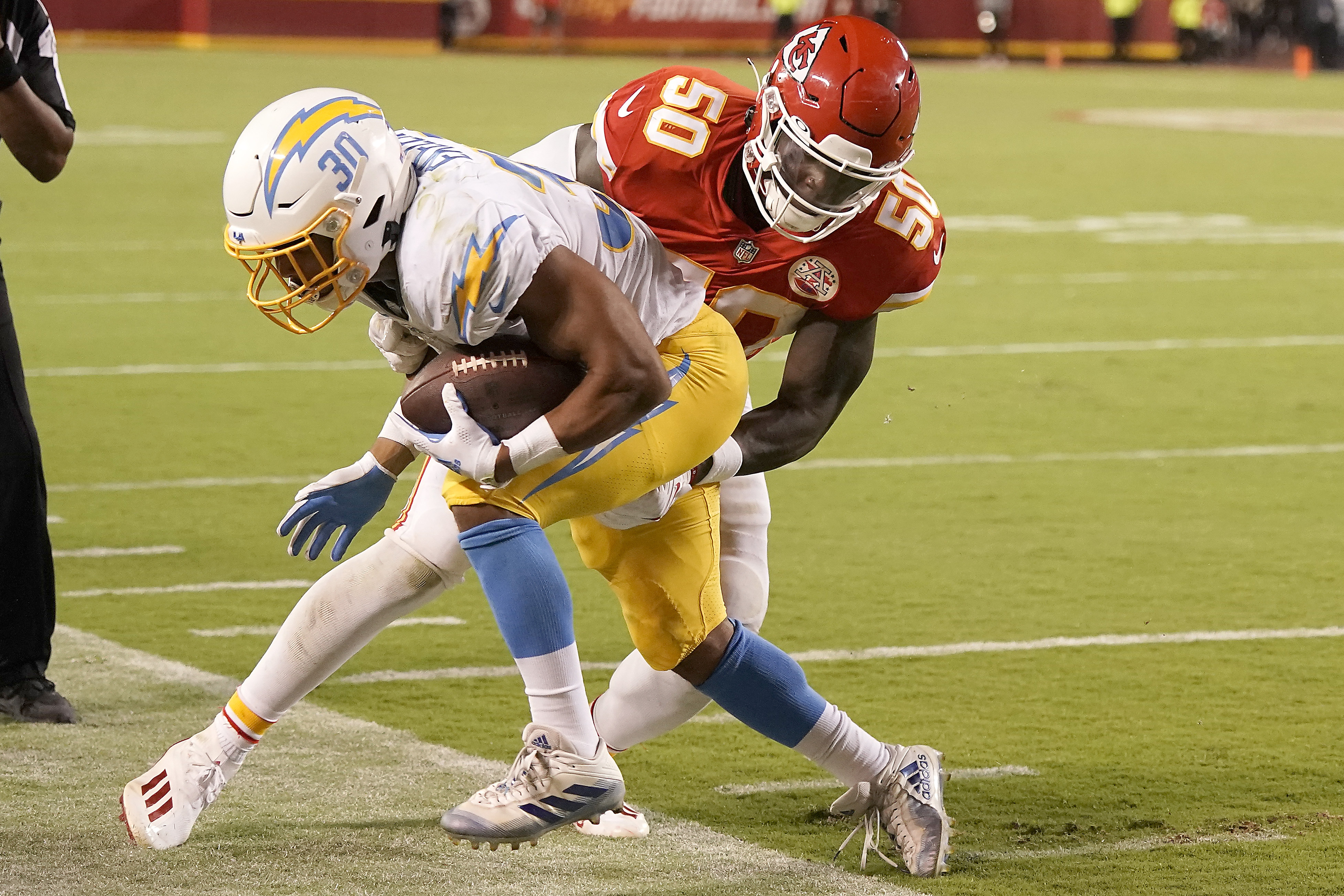 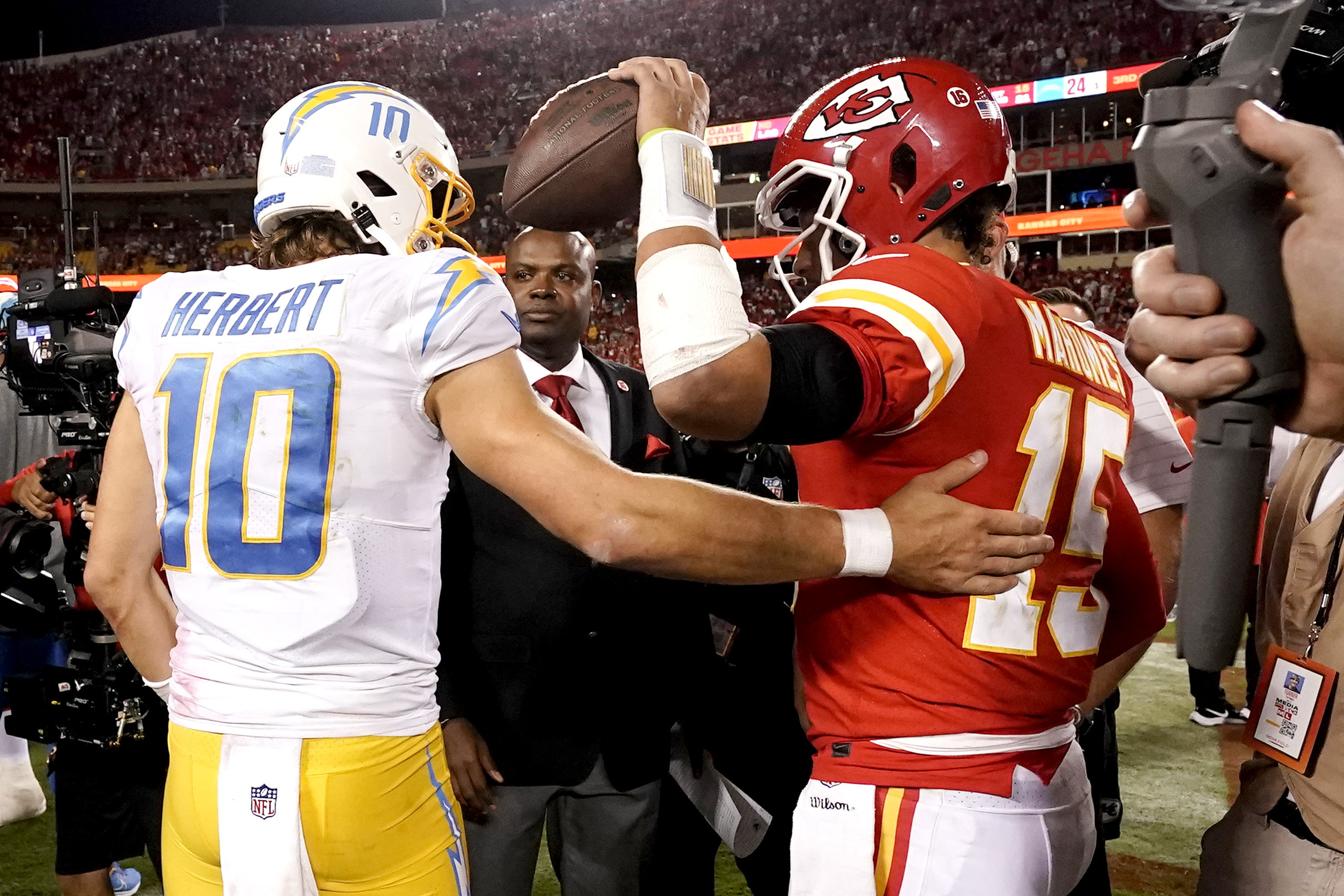 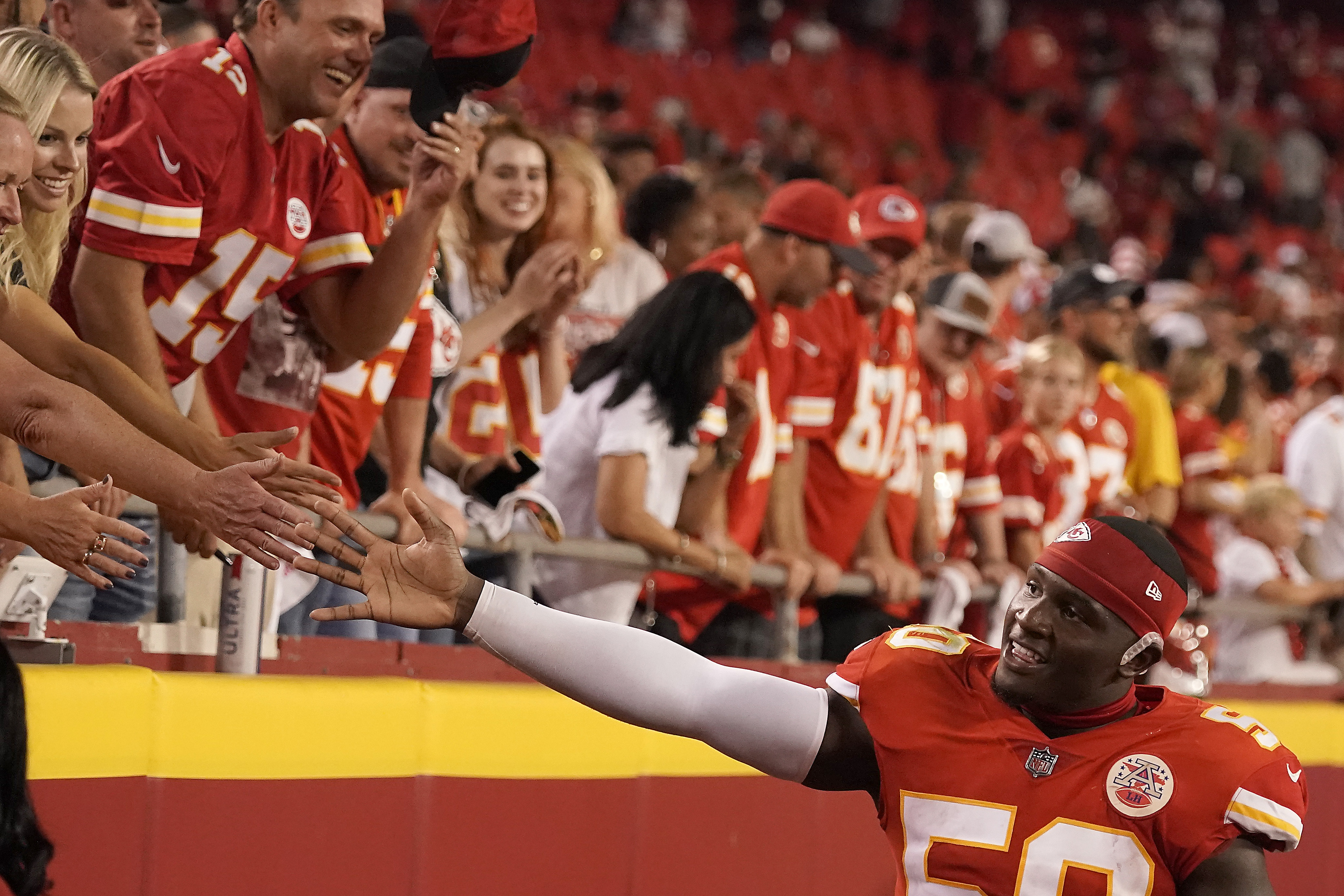