Bill Clinton: 'The world's on fire,' but teamwork can help 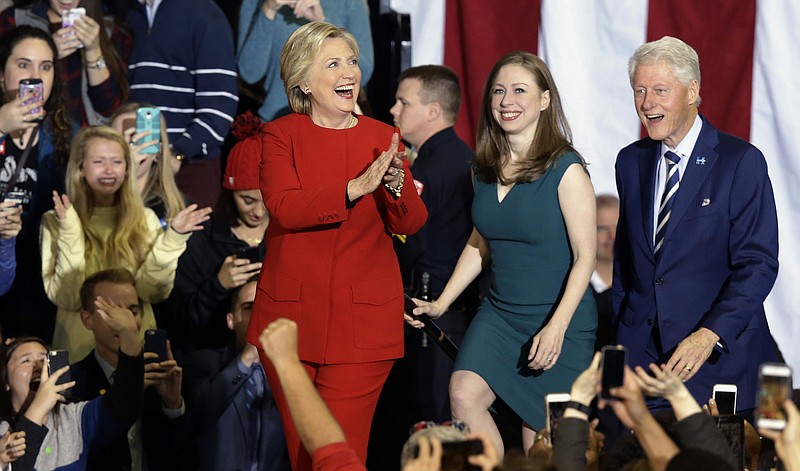 NEW YORK -- Former President Bill Clinton is calling on governments, businesses, philanthropies and other prominent institutions to draw together and help a world that is "on fire" as he reconvenes the Clinton Global Initiative, the meeting of international leaders, for the first time since 2016.

"Somebody needs to show up and make something good happen," he said the conference's opening public session Monday. "That's what we're trying to do."

Interest in the two-day meeting has been so intense that the Clinton Foundation had to turn away more than 1,000 potential attendees. It is convening a spectrum of luminaries, including Jordan's Queen Rania Al Abdullah, Barbados Prime Minister Mia Mottley, BlackRock CEO Larry Fink, Nobel Peace Prize winner Malala Yousafzai and actor and water access activist Matt Damon.

Clinton, president of the United States from 1993 to 2001, said he has been amazed by the massive response.

"The world's on fire in a lot of different ways," he told The Associated Press in an interview. "But there are a lot of things that businesses, non-governmental groups and governments working together can do to help with a lot of these problems."

The Clinton Global Initiative, or CGI, has helped more than 435 million people in more than 180 countries since it was established in 2005. It previously required attendees to create a Commitment to Action, a measurable project that addresses a global issue, though for this first year, everyone will be expected to announce or develop a partnership. Those commitments often unite new partners and encourage cooperation between the public and private sectors.

"I think there is a longing for people to get together and meet with an end in mind," Clinton said in an interview. "Not just talk about it, but knowing that when they walk away, they will have committed to doing something."

Clinton Foundation Vice Chair Chelsea Clinton calls that "a bias toward action," which she says is part of what makes CGI special and a catalyst for global change. She said the COVID-19 pandemic has energized interest in public health and addressing health disparities because people outside of the field could see the impact.

"Health is interconnected to anything and everything that anyone may care about," Chelsea Clinton said. "There are a lot of people who now are mobilized to do something with what they have come to newly understand and which they now feel responsible for helping to solve."

Dr. David Fajgenbaum received a standing ovation as he announced plans for his new nonprofit Every Cure, which seeks to find new uses for generic drugs to treat rare diseases. The idea came from his own research to find a treatment for his own Castleman's Disease, a rare ailment where the immune system attacks vital organs.

He said his new nonprofit would work on using generic drugs to treat 106 rare disease initially, a process that would cost 500 times less than developing a new drug. "There would be no greater impact in terms of saving lives," he said. "As long as I'm alive, we're going to continue to chase them."

Peter Sands, executive director of The Global Fund to Fight AIDS, Tuberculosis and Malaria, said CGI has always introduced his group to new potential partners, something even more valuable after two challenging pandemic years that made access to new donors difficult. "There's only so much you can do with PowerPoints and Zooms," Sands said.

Print Headline: Bill Clinton: 'The world's on fire,' but teamwork can help