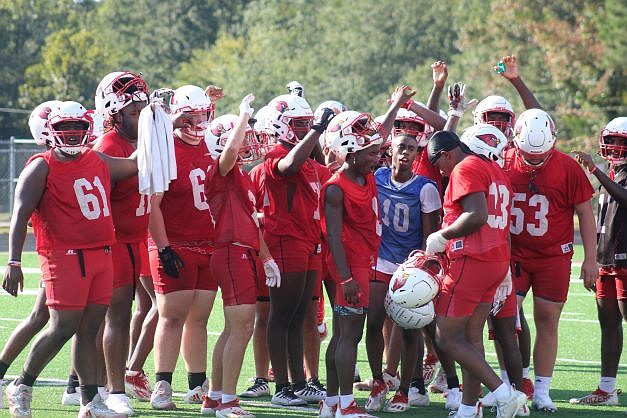 Photo By: Michael Hanich Camden Fairview Cardinals break it down after a drill in practice.

The Camden Fairview Cardinals (2-1) were anywhere but the field last Friday as they were in the bye-week following the first three games of the 2022 season.

The last time the Cardinals played in a game, they dominated the Dollarway Cardinals by outscoring them 48-0 in the first half. The second half was canceled due to an extensive lightning delay that would have taken at least an hour to clear.

The Cardinals have gained some great rhythm through the first three games of the season. Rather than fixating on the 41-21 week one home loss to the Arkadelphia Badgers, the Cardinals found more confidence on both sides of the ball, leading to their defeat of the El Dorado Wildcats on the road 39-21 in a tough 7 South Showdown in week two. Finally, the following week, Camden Fairview tore Dollarway apart on both sides of the ball.

The Cardinals immediately turned their attention fixing up any remaining issues that could get in the way of another potential championship season.

On the offensive side of the ball, the Cardinals are averaging 36 points per game as they have found a great combination of efficiency in running and passing the ball. The Cardinals started the 2022 season one-dimensional in their home loss against the Arkadelphia Badgers 41-21. The Cardinals had developed a solid run game, but they hadn't establish a rhythm in the passing game.

Camden Fairview spent the next two weeks looking to build a more efficient passing game. The results were positive as they scored 39 points against El Dorado and 36 easy points against Dollarway.

Cardinals senior quarterback Martavius Thomas said he didn't have any specific goals for the Cardinals' offense during the bye-week other than staying focused.

"We just want to be as sound as possible in every aspect of the game. We don't want to have any missed assignments, no penalties, and etc. We just want to almost be perfect," Thomas said.

He went on to talk about the team mentality after the 2-1 start to the season.

"Obviously we'd rather be 3-0, but we're laser focused on conference play now; this is where it all counts," he said.

The Cardinals are looking to be perfect in their next seven games. While they have the talent to go deep in the playoffs, the key difference from last season to this season is the mentality to execute perfectly and the hunger to win plays.

Some teams are relieved to have bye-weeks come to give the players a break. Not the Cardinals, though.

"I wish we could've played on the bye week; it make me feel like football season is over because you're so use to having a game on Friday," senior safety Arquavion Martin said.

Thomas said that the preparation for Lakeside during the bye-week has been a good mix of physical and mental progress. He said the defense was told not to be too relaxed, but instead of more physical practices, the progress has been geared towards communication.

Breakdowns in communication were a slight concern in the second quarter of the 48-0 win at Dollarway. There were times when the Dollarway receivers of Dollarway made too many easy catches to extend the drive. At halftime, head coach Nick Vaughn went to the defensive backs and told them to play to their techniques more efficiently and communicate better, Martin said.

"I think since that, we have been doing good getting our hands on communicating more and using technique. If we keep doing that, we are going to be in War Memorial in December winning the state championship," Thomas said. 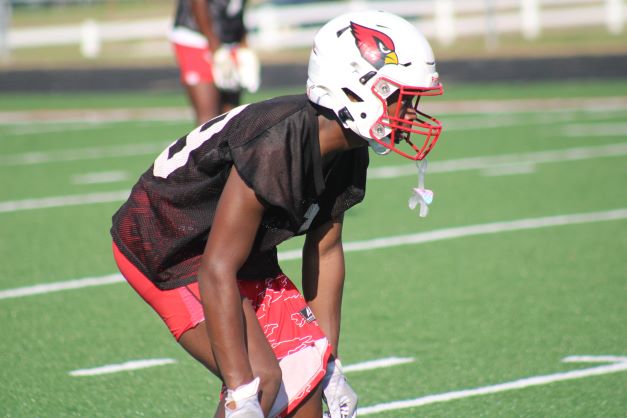