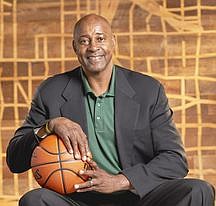 Sidney Moncrief will be the speaker at the Camden Lion's Club Distinguished Awards Banquet on October 25 at Thrive Church. Tickets will be $30 and can be purchased from Lions Club members. Doors open at

He is a life-long entrepreneur with over 34 years of company start-up experience and served on the Board of Directors of multiple organizations from a Fortune 500 company to community non-profits.

Coach Moncrief has been recently elected to the Naismith Basketball Hall of Fame. He is a five-time NBA All-Star, five-time member of the NBA All-Defensive team, a two-time NBA Defensive Player of the Year, and an NBA All-Pro.

He is a former head coach and assistant coach. As a coach, Sidney Moncrief has served on the coaching staff of the Dallas Mavericks, Golden State Warriors and the Milwaukee Bucks. He has been an international team as the head consultant in Beijing

"My Journey to the NBA"

"Your Passport to Reinventing You"

"Your Passport to Becoming a Valuable Team Player"

"Your Passport to Back2Basics Leadership"

"Your Passport to Manhood"

Reinventing You – No Risk, No Reward

He is currently managing partner of Moncrief One Team. Moncrief One Team is a people development company specializing in Team Enhancement, Leadership, Diversity and Inclusion, and Career Readiness.