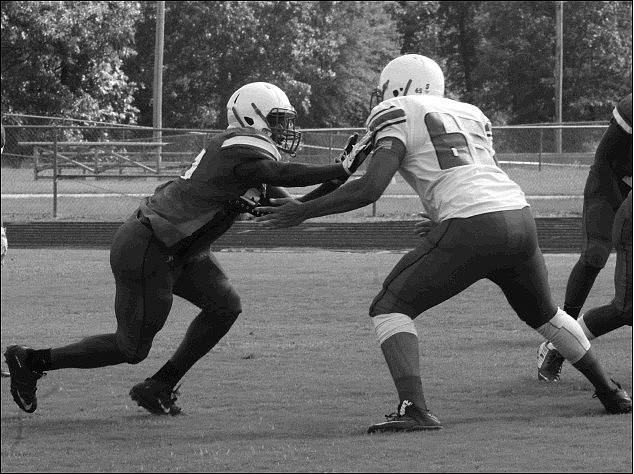 According to reporting by the Monroe News-Star, on Sunday, Sept. 18, a woman reported to police that Wilkins struck her in the face. According to the News-Star's reporting, the woman presented at the police department with cuts on her face.

The victim reportedly had a relationship with Wilkins.

Wilkins allegedly admitted to the assault and was subsequently arrested and charged with battery of a dating partner; he was released the following day after posting a $2,500 bond, according to the News-Star.

The News-Star reported that ULM Warhawks head coach Terry Bowden has suspended Wilkins from the team including for practice, activities and games.

Wilkins was a four-star prospect in the 2019 National Recruiting Class. He was the 15th rated offensive offensive tackle and the third-rated player from the state of Arkansas in the 2019 recruiting class, according to 247Sports Composite. He signed and enrolled at the University of Oklahoma after receiving 31 offers to play college football including from Alabama, Arkansas, Arkansas State, Baylor, Clemson, Florida, Georgia, Kansas, ULM, Miami, Oklahoma State, Ole Miss, Tennessee, Texas A&M, USC and Utah.

After playing in four consecutive games as a true freshman for the Sooners in 2019, he was redshirted. The following year, he chose to sit out the entire season due to the impact of COVID-19. Wilkins transferred to the University of Louisiana-Monroe after the 2020 season to contend for more playing time. In the 2021 season, Wilkins played in two games at right tackle.

Wilkins was looking to start for the 2022 season for a Warhawks team that was two years from their 0-10 start. He lost the starting right tackle position to redshirt sophomore Keydrell Lewis. Wilkins has played in all three games of the 2022 season, including the Warhawks' latest 63-7 road loss to #2 Alabama Crimson Tide.

The ULM Warhawks are preparing for the first Sun Belt Conference game of the 2022 season as they take on the Louisiana Ragin' Cajuns without Wilkins.