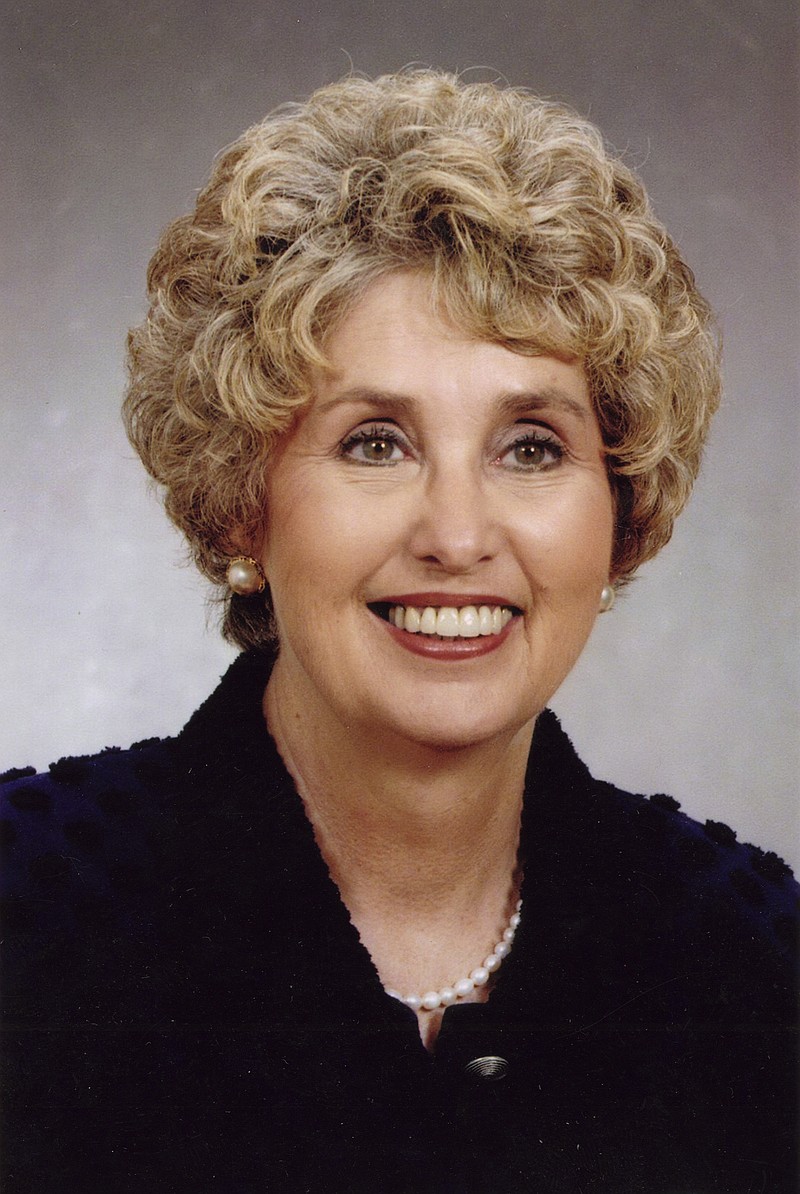 Julia Hughes Jones, age 83, passed away on September 14, 2022, in St. Augustine, Florida. She was born Julia Mae Rumph on September 9, 1939, to the late James Harvey and Alice Olivia Chandler Rumph in Camden, Arkansas. The oldest of five children, Julia had three sisters and one brother. A 1957 graduate of Camden High School, Julia later attended Texas Woman's University, the University of Arkansas in Fayetteville, and the University of Arkansas at Little Rock, studying business administration and political science. In 1981, she completed Harvard's John F. Kennedy School of Government Program for Senior Executives in State and Local Government. Julia married Charles Hughes in 1960 and they had three children by 1966. As the mom of a growing young family in Little Rock, she was busy with swimming, football and basketball carpools among other activities as she was also an elementary school teacher, active in the Junior League, and eventually worked as a special investigator in the Pulaski County Prosecuting Attorney's office. Julia and Charles divorced in 1978. She later married James H. Jones, Jr., the state editor of the Arkansas Gazette in 1979. Julia blazed a trail for women in politics when she became the first woman to be elected to public office in Pulaski County as Circuit Clerk in 1976. Later in 1980, as Arkansas Auditor of State, she became the first woman elected to statewide office without having been previously appointed. Through her experience serving as State Auditor (1981-1995), Julia developed a unique and unconventional approach to politics that shaped her into a woman of uncommon vision in public affairs. In 1993, the Arkansas Association of Government Accountants named her as Financial Manager of the year. As a writer and professional public speaker on motivational leadership and politics, her speeches were published by several national publications. Julia's speech "Vote Theft 2000: Selecting Our Leaders Fairly and Honestly" was published in "Vital Speeches of the Day" (VOL. LXVII, No. 8) alongside speeches by three U.S. Presidents on February 1, 2001, as well as speeches by other corporate and political leaders. Her book, "The Secret History of Weeds: What Women Need to Know About Their History", was published in 2009. Upon retirement in 1995, Julia moved to St. Augustine, Florida where she enjoyed her private life, made many friends, and continued writing and public speaking. She and her beloved Bichon's walked the beach every morning to watch the sunrise and to see all their beach neighbors and doggie friends. Julia is survived by her children, David Hughes of St. Augustine, FL; Betsy Hughes Landman and her husband Mark Landman of Pittsburgh, PA; Lori Hughes Barnes and her husband Joe Barnes of Saint Johns, FL; stepdaughter Julia Jones Taylor and her husband Mallory Taylor of Little Rock; six grandsons, Dalton Landman of Chicago; Tyler Landman and his wife Anna Duckstein Landman of Pittsburgh, PA; Peyton Landman of Pittsburgh, PA; Josiah Barnes, David Barnes, and Harvey Barnes all of Saint Johns, FL; step granddaughter, Mary Ruth Taylor of Little Rock; sister Dottie Rumph Lindsey and her husband Carl Lindsey of Searcy, AR; sister-in-law Linda Rumph of Raleigh, NC; and a host of cousins, nieces, nephews, grandnieces, grandnephews, relatives and friends. Julia was preceded in death by her parents, husband James H. Jones, Jr., sister-cousin Elise Ann Smith Daniel, sister Alice Rumph Smith, brother James G. Rumph, and her three beloved Bichon's DeDe, Divi and Angel. In lieu of flowers, the family asks you to consider donating to the "James Jones Memorial Scholarship Fund" for journalism students at the University of Arkansas Fulbright College of Arts and Sciences, 525 Old Main, Fayetteville, AR 72701. You may make condolences to the family at StJohnsFamilyFuneralHome.com.

Amy Suzanne Caldwell age 49 of Smackover, AR passed away Wednesday, August 10, 2022 at her residence in Smackover. Amy was born on May 1, 1973 in Houston, TX to the late Janet Belko Bushnell and Charles Stone Bushnell III. She was a former paramedic, having saved countless lives throughout her fifteen- year career. She enjoyed scrapbooking and fishing. Amy was a magnificent person, a person who loved to help others, which was evident in her career choice as a paramedic. Some of her favorite times consisted of going to the Dollar Tree with her granddaughter, Harley Marie. She was a great mom and grandmom, whom will be sorely missed by all.

She was preceded in death by her grandparents and her parents.

A private family memorial will take place at a later time.