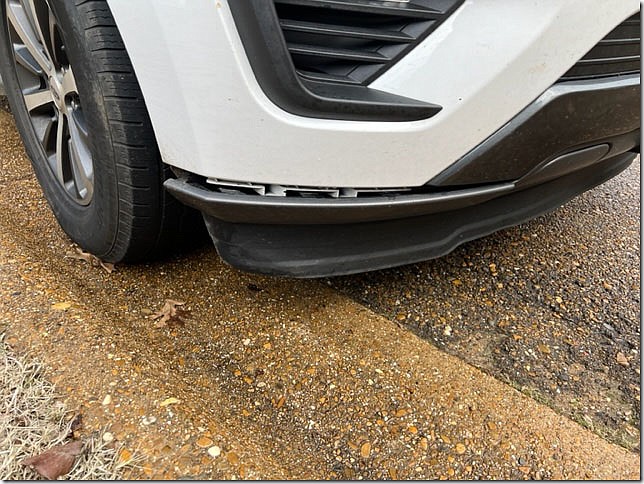 Contributed photo This photo shows bumper damage to the 2020 Ford Expedition used by Mayor Julian Lott and returned to the city.

A Camden Police Department-owned vehicle that was previously in former Mayor Julian Lott's possession was returned to the city in poor condition, and city officials this week raised questions about how to handle the issue.

In January 2020, the Camden City Council approved the purchase of two 2020 police package SUV's from Jim Golden Ford. The price was $80,696 for both.

City Treasurer Lauren Roberstson said then-Mayor Lott paid a monthly fee in order to use the vehicle, which was given to him to use for work, for personal matters as well.

When Lott returned the vehicle, it had bumper damage and debris in the interior of the vehicle, per photos observed by a Camden News reporter.

The Camden News obtained an invoice from The Shine Shop submitted by Chief Woody that showed a $200 charge to clean the vehicle.

Camden Police Chief Boyd Woody said the vehicle will need an additional $4,000 worth of repair work and parts.

Frey said, "We're gathering information and then reviewing applicable law and City policy to find out what actions could be taken."

Frey said that he would take his findings to the Camden City Council as to what might be done about the damages.

Woody stated, "It's my decision not to give it to Mayor (Charlotte) Young based on the condition of the vehicle... She doesn't know about it. So I just want to make that clear. It's not that she's refusing or doesn't want it. She hasn't had the opportunity because I haven't given her the opportunity."

"It needs axles, it needs catalytic converters, it needs bearings, this is the mount where the transmission broke. It hasn't had its oil changed, it needs a rear end in tires. It needs about another $4,000 worth of work done, in my opinion and my mechanic's opinion, to be a dependable vehicle for the new mayor," Woody continued.

Woody said that since the vehicle is CPD property, it is up to the city shop to maintain it.

Woody said, once repaired, the vehicle would be used by CPD personnel and that he has budgeted money for a new vehicle for Young.

Alderman L.E. Lindsey sent an email to city officials, with the Camden News copied, about the state of the vehicle. It reads:

"This is a pretty disgusting situation that Mayor Lott would abuse city property this way.

"I wonder who has been using\abusing this vehicle – was Lott renting it out to some Uber driver or Pizza Delivery person?

"It appears someone was spitting tobacco on the dash & console.

"I never knew the Mayor chewed tobacco – did any of you?

"Are some repercussions in order here ?

"At a minimum, a record should be made of the damages and repair costs to place in his personnel file.

"You can't get blood out of a turnip but is there some other action the council should take regarding accountability for city property?"

Kevin Franklin, Director of Public Works, stated that Lott did bring the vehicle in for oil changes.

"We take care of all the vehicles in the city. I think some people may have misspoken, the oil change was only 4,000 miles pass due. It wasn't a year, it wasn't six months. That part might just be mixed up information," Franklin said. "More than once. My garage supervisor has records. It has been changed more than once."

Franklin says that a scheduling conflict with City Shop Supervisor Terrell Newton prevented Lott from bringing the vehicle in for the last oil change.

"The Mayor called -- I forget what day it was, he had an appointment for Terrell to change it. The day that Terrell was going to change it before the Mayor left office, I had one mechanic call in and Terrell ended up having to go to Little Rock and pick up some surplus items," Franklin said.

Attempts by the Camden News to reach Lott were unsuccessful as of Thursday morning. 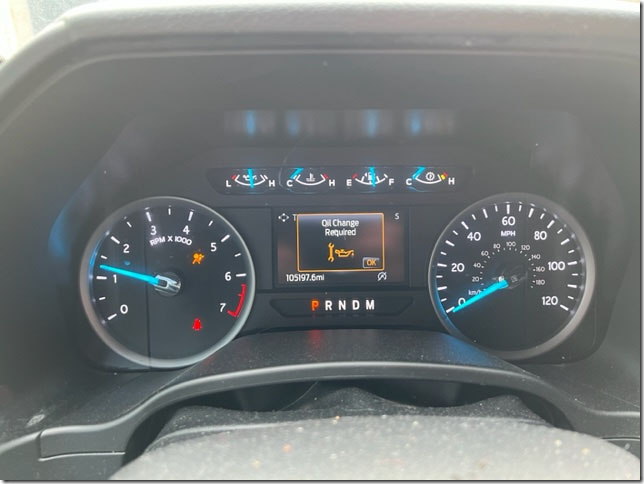 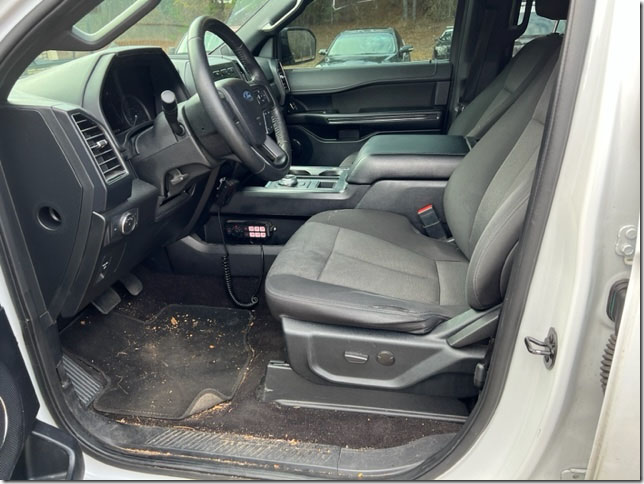 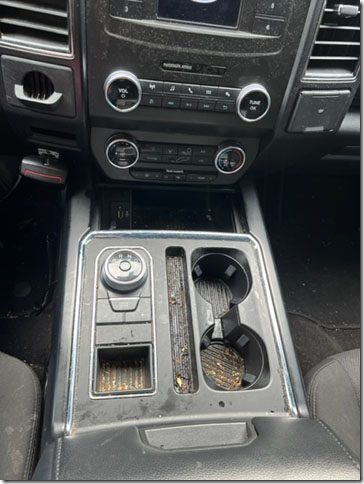