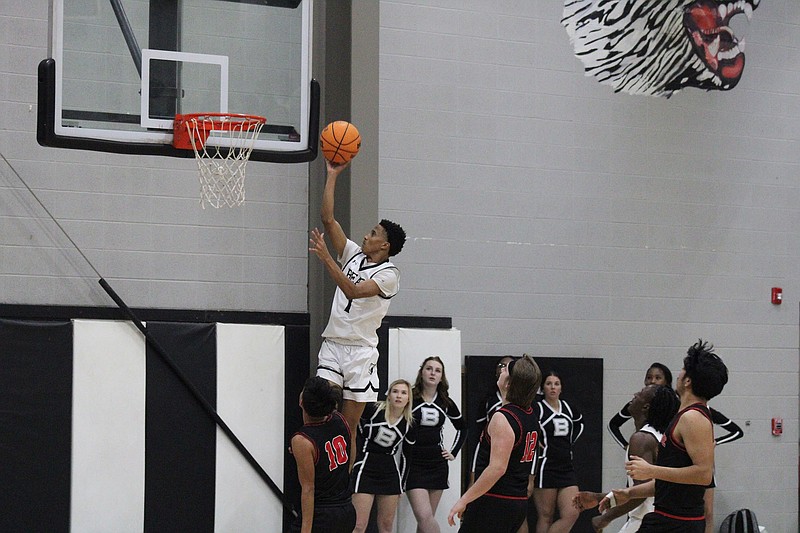 Photo By: Michael Hanich Bearden guard Javian Love drives to the basket in the game against Hermitage.

The Bearden Bears are a basketball school in and out. Just take a look at the myriad championships the program has won, and the many talented players on both the girls' and boys' team rosters.

Last week, both the Bears and Lady Bears played multiple games, including their Homecoming game against the Hermitage Hermits and Lady Hermits on Friday.

The boys' and girls' varsity teams each had great performances throughout the week from multiple players.

On the boys' team, senior guard Javion Love continues to be one of the most consistent playmakers on both ends of the court going into the final stretch of the regular season.

The Lady Bears have a mix of established seniors along with young future stars on the team. Leading the Lady Bears is senior forward D'Mya Flint, who had a standout performance against Hermitage.

Bearden Bears guard Javion Love and forward D'Mya Flint are the Camden News' male and female Players of the Week.

Love is a dynamic impact player. He attacks the basket with speed, aggression and finds highly efficient three-point shooting opportunities each game. In the 69-33 win over the Warriors, Love scored 18 points, including 11 in the first half.

On Friday, Love scored 16 points with 12 of them coming of the first half. He also accounted for seven rebounds, two steals and an assist. In the beginning of the game against Hermitage, the Bears failed to find a rhythm, and it was Love's determination and athleticism that provided the spark to bring the Bears to a huge lead.

Last Tuesday, the Friendship Aspire Southeast Lady Warriors forfeited their scheduled game against the Lady Bears. With the Lady Bears well rested and eager for the game on Friday night against the Hermitage Lady Hermits, the players were ready to give their best performances.

Much like she has throughout her career at Bearden, Flint provided the leadership and high-volume playmaking abilities throughout the court on Friday to give the Lady Bears a dominant 63-48 win over the Lady Hermits. Through three quarters of play, Flint scored 14 points shooting 7-of-11 in field goals. She also accounted for 20 rebounds, three steals and two blocks.

Flint dominated the paint for the Lady Bears and helped set up great shots for her teammates. She was also a solid defender out in the wing and contained movement in the paint. Flint is a difference maker for the Lady Bears on both sides of the court and will be a potential key player when conference tournament play begins. 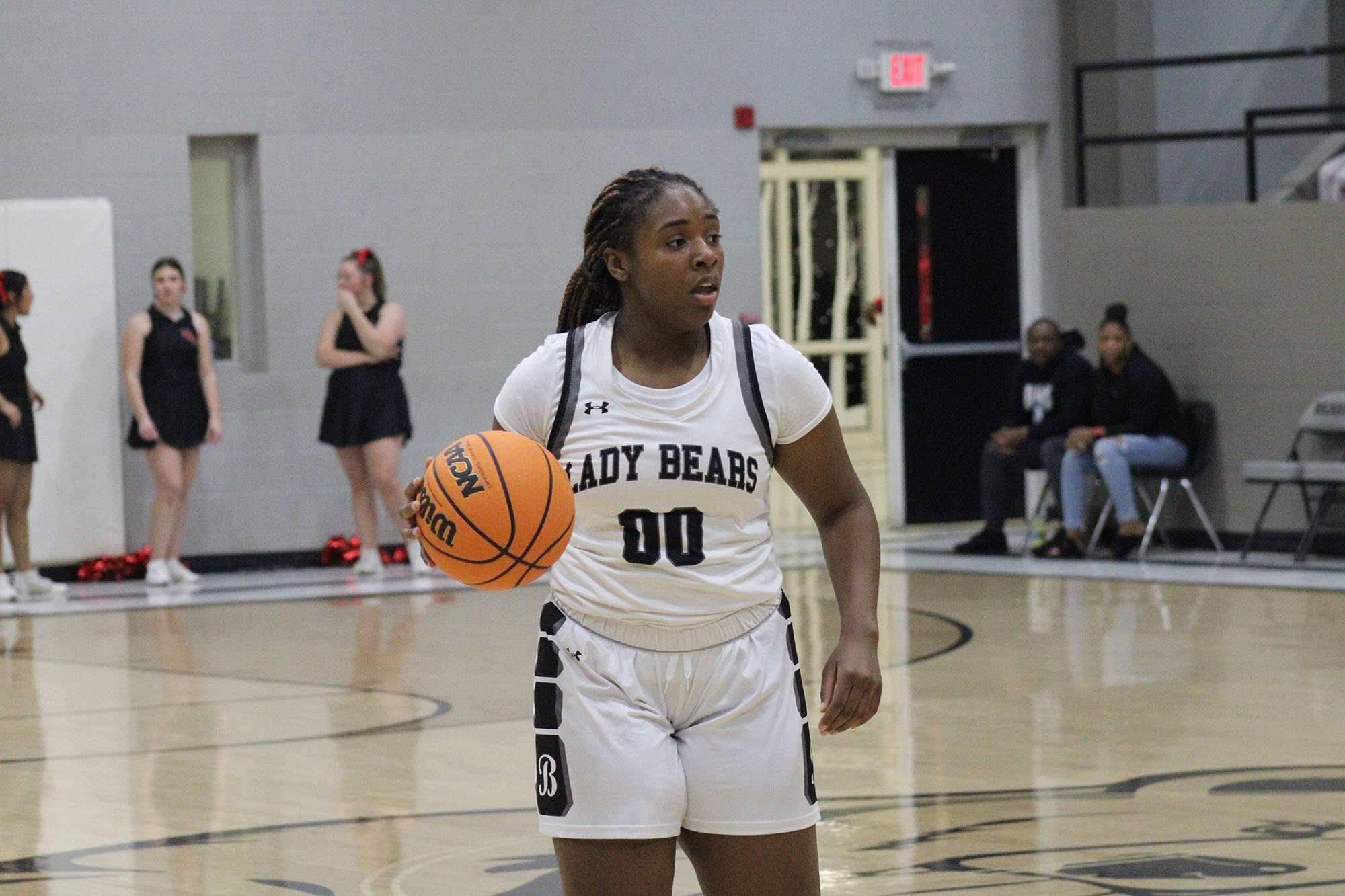 Photo By: Michael Hanich Bearden forward D'Mya Flint looks for a play in the game against Hermitage.